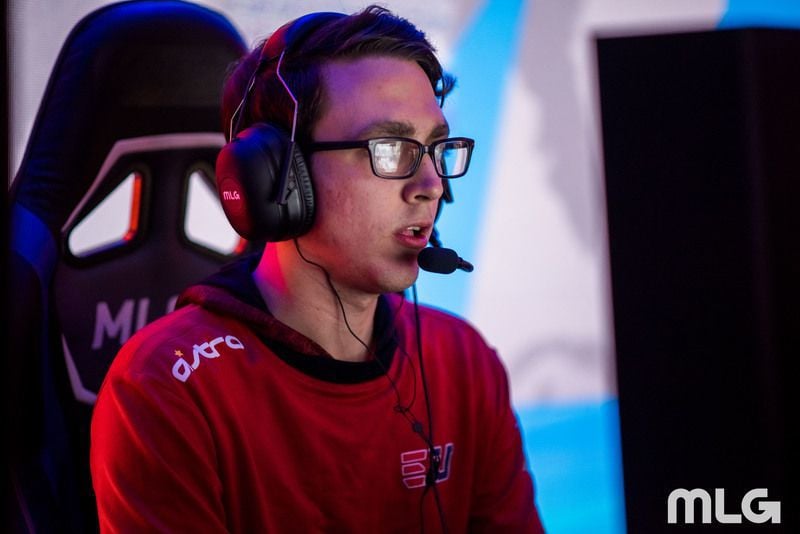 The first day of the 2018 Call of Duty World League Atlanta Open is in the books, and it was an eventful one.

On Friday, 16 of the best Call of Duty teams in the world kicked off CWL Atlanta pool play with the goal of securing their spot in the eight-team championship winners bracket. Meanwhile, many other teams began to battle it out in the open bracket.

Pool play and the open bracket both saw major upsets on the first day—but that wasn’t all. To get you up to speed heading into Saturday, here are the top five storylines from day one of the 2018 CWL Atlanta Open.

For months, the M1 Garand assault rifle has been one of the most powerful weapons in WWII. Due to its incredible strength, professional players have included the gun in “gentlemen’s agreements,” unofficial pacts to not use weapons they deem overpowered.

But near the end of the first day at CWL Atlanta, James “Clayster” Eubanks of eUnited pulled out the rifle during a match against eRa Eternity. Clayster and eUnited went on to win the match, earning their first victory of the event. Players from both teams weren’t happy with Clayster’s decision, but the 2015 world champion wasn’t fazed by his peers’ comments. He even revealed that he told his opponents that he would use “everything” before the match.

“With how abysmal we have been playing, we had to do something,” Clayster said via Twitter. “Call me a scumbag or petty or whatever you want, I’m not coming to events just to get bodied.”

EUnited have struggled recently in the CWL Pro League, where they sit in seventh out of eight teams in Division B. Their 2-5 record has caused many fans to doubt whether the team can get back to being considered one of the best in the world. And it seems that no matter the cost, Clayster will try to bring his team back to the top.

Luminosity, Rise, and Envy roll through the first day

In three of the four pool play groups, one team has proven to be superior to the rest. In Pool A, Rise Nation have continued their dominant run. With wins over Splyce, Echo Fox, and Lightning Pandas on Friday, Rise have extended their LAN match win streak to 13. The last time they lost in an offline competition was on Jan. 25 against OpTic Gaming to close out the first week of the CWL Pro League.

Pool B saw similar results with Luminosity topping the group standings after day one. Luminosity got revenge on Team Kaliber, the team that denied them of a CWL New Orleans Open title in January, with a thrilling 3-2 victory.

Finally, the first day concluded with Team Envy leading the pack in Pool D. Wins over Mindfreak, Red Reserve, and UNILAD put the Boys in Blue in a great spot heading into Saturday.

While it may seem like the championship bracket teams are pretty much sealed, the 16 pool play squads still await the four best open bracket teams, who they’ll face to finish out the group section of CWL Atlanta.

The only group that didn’t have an undefeated team at the end of the day was Pool C. Prior to the tournament, this group had the potential to be the toughest, especially if each team came out firing on all cylinders.

Although not everyone is at the top of their game, it’s clear that OpTic Gaming, FaZe Clan, and eRa Eternity shouldn’t be taken lightly. EUnited are also still hanging around thanks to their win over eRa.

OpTic and FaZe are tied for first in the group, but things could change drastically depending on the open bracket team that falls into Pool C. Every team still has a chance at finishing in the top two, but wins for OpTic and FaZe on Saturday would definitively shut out eUnited and eRa.

Mindfreak finished seventh in Division A during Stage One of the CWL Pro League, meaning they’ll have to earn their spot back in Stage Two through the relegation tournament. But even after a poor showing in the league, the Australians are trying to prove that they’re for real.

In a shocking upset, Mindfreak defeated Red Reserve on Friday in a five-game series. Red beat the Aussies both times they met in Stage One, but it seemed like entirely different teams were playing in their CWL Atlanta match. Mindfreak also helped themselves in the pool play standings with a win over UNILAD, who disappointed on day one.

Two wins put Mindfreak in second place in their group, only sitting behind Team Envy. With a win over the open bracket team that enters Pool D, the Aussies would likely clinch a spot in the championship winners bracket.

The open bracket kicks off with several upsets

There’s been no shortage of upsets so far in the massive open bracket. Taboo, the second seed, were sent to the losers bracket in round three with a loss to Mazer Gaming. The United States CWL National Circuit runners-up, Gone Gaming, also fell before the end of the first day as Earthroot Gaming bested them in the fourth round.

Enigma6, a team that was in CWL New Orleans pool play, also fell victim to the upset-heavy open bracket. Their three-game loss to WaR in round four bumped them out of playing in pool play at this event.

The remaining undefeated open bracket teams will battle it out to determine who moves on to pool play on Saturday. The second day of the CWL Atlanta Open kicks off at 12pm ET and can be watched via MLG, Twitch, and the in-game Theater for WWII on PS4.