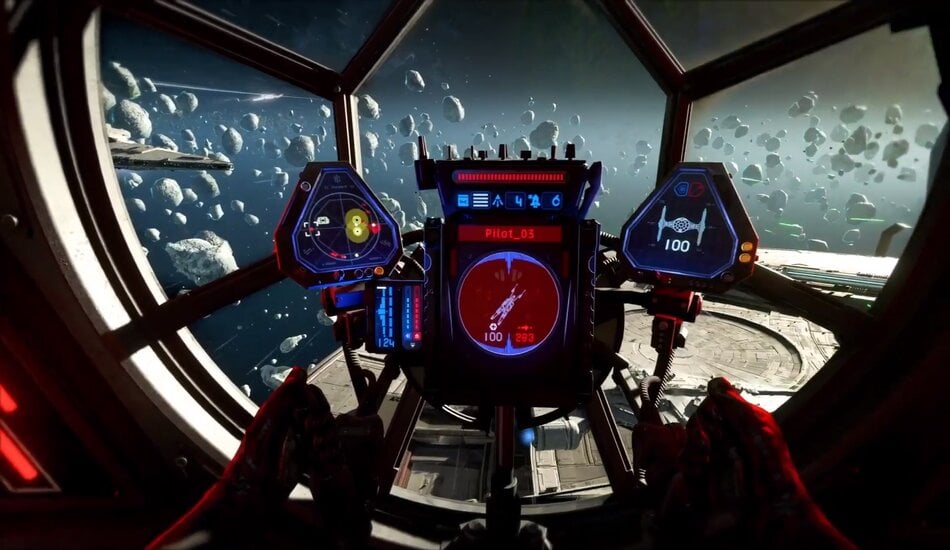 Star Wars Squadrons is scheduled to be released on Oct. 2, but there’s already a learning curve toward becoming an ace pilot.

Pilots can use either a mouse and keyboard, a controller, or a HOTAS stick to fly. Learning the basics, which the single-player mode teaches before allowing you to compete in the Dogfight or Fleet Battle mode, is important.

While playing the tutorial/single-player mode, pilots should focus on mastering these four tips to gain an advantage when playing the multiplayer modes.

One of the first skills you’ll learn during the single-player mode is targeting. Pilots can either focus on a single target via LT/L2/T/Joy2 or cycle targets by pressing A/Cross/F/Joy5. Adjusting the sensor percentage to your liking will greatly improve your targeting skills.

When playing with a mouse and keyboard, for example, the mouse sensitivity settings are at 34 percent with a motion range of 58 percent. Play with these settings until it feels right to you and locking onto targets will become a lot easier with a little practice.

Rolling can make your starship harder to target in a fight while also improving your turn rate dramatically. Pilots can roll via the left thumbstick on a controller, keys A/D on a keyboard, and joystick Z with a HOTAS. Learning to roll properly allows a pilot to navigate quickly around obstacles, stay on an enemy’s tail, or evade enemies and missiles.

To turn quickly using a roll, layoff the thrusters, roll in the direction you’re turning, increase speed, and then roll in the opposite direction to level out. Rolling can cause some pilots to lose their sense of direction, so be sure to pay attention to your radar in addition to visually following a target. Following the lead pilot around during the single-player tutorial is a great time to practice rolling prior to a space battle in which your skills will be put to the test.

Diverting power is one of the gameplay mechanics in Star Wars Squadrons that makes the game so unique. Learning how to properly divert power, and at what times, will make a difference when completing objectives and staying alive during a dogfight. Depending on the starship, pilots will have the option to divert power to either engines, weapons, or shields.

Choosing to divert power, however, will reduce the performance levels of your other systems. After accomplishing a task via diverting power, reset the power levels via D-pad down/4/POV south as soon as possible. Starships without shields have an option to use an emergency power converter, immediately diverting all power from one system to the other via X/Square/C/Joy7.

Transferring power to engines, for example, comes in handy when outrunning an enemy or when closing the gap on an enemy target. When completing objectives, like taking out a cannon on a Star Destroyer, diverting power to shields will provide much-needed protection. The same goes for buffing up weapon power, allowing you to take out an enemy fighter or objective in a fraction of the time with normal firepower.

Drift in Star Wars Squadrons is a fancy maneuver a pilot can use to gain an upper-hand during combat. Much like rolling, drifting provides an advantage by immediately turning your starship either 90 or 180 degrees. To pull off a drift, pilots need to divert power to their engines and then boost. Upon reaching top speed, click and hold the left thumbstick/L3/Shift/Joy9 and turn the starship.