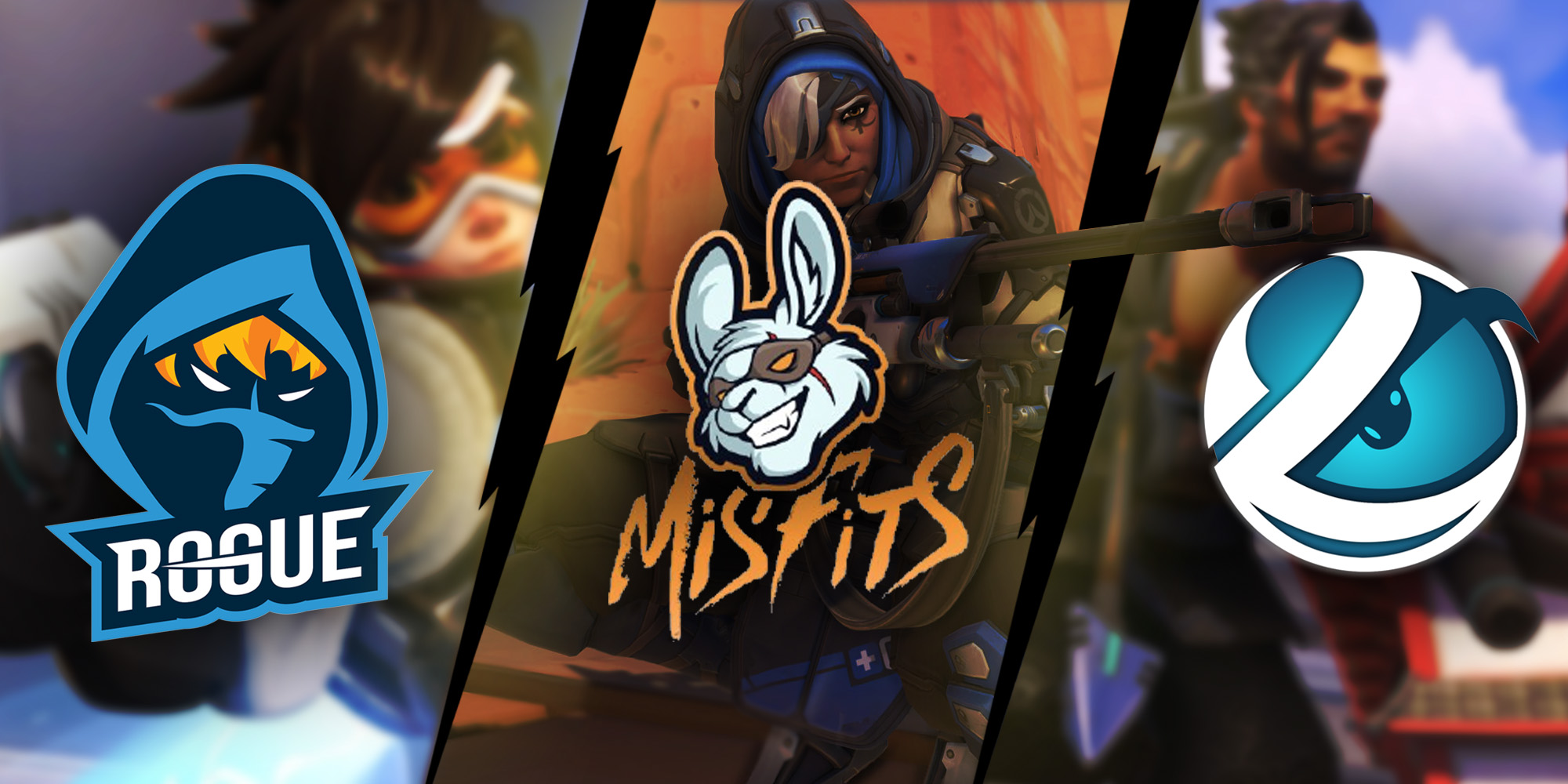 Image via Blizzard | Remix by Will Copus

News broke that Misfits former roster was in trouble when Anton “Cooller” Singov suggested on his Twitch stream that his former team, Misfits, was going to be facing changes. Many assumed those changes meant a disbandment for the team, which came as a major surprise given Misfits’ recent win at DreamHack Winter 2016’s Overwatch event in late November.

Misfits’ entire roster, save substitute Cooller, is made up of Swedish players?—?a move that will ease tensions surrounding team communication.

“The trade’s focus was chemistry,” Rogue CEO Frank Villarreal told Hollywood Esports. “Ben Spoont [of Misfits] and I both knew we could not continue with our championship lineups that had so many culture and communication issues forever and it was better to make a change now instead of later.”

The new team lineups are considered equal in skill?—?or stronger—than before the trades. Though language barriers were never a real issue for Misfits, Zebbosai said, it will make communication easier. “I definitely think the language part is important even though all of us can speak English, it will be easier speaking our own language especially when you are just having a discussion about the game and going over stuff,” he told Dot Esports. “But also in-game communication will be easier and more clear.”

The same goes for APAC Premier winner Rogue’s new lineup, which is comprised mainly of French natives. Nicholas “skipjack” Rosada from Germany is the only non-French speaker on the team. He and Terrence “SoOn” Tarlier will join Michaël “winz” Bignet, Dylan “aKm” Bignet, Benjamin “uNKOE” Chevasson, and Jean-Louis “KnOxXx” Boyer on Rogue.

As for Luminosity, former Misfits players Jonathan “Kryw” Nobre and Mikaël “Hidan” Da Silva will join Arthur “Eissfeldt” Marx, Alexandre “Spree” Vanhomwegen, Bastien “SuperPlouk” Klau, and Vytis “Mineral” Lasaitis at the organization’s Toronto, Canada team house. “We are confident that their experience coupled with our existing talented players and the resources from our organization, our team will be a force to be reckoned with heading into the Overwatch League,” Luminosity CEO Steve Maida said in the trade announcement.

With developer Blizzard Entertainment’s Overwatch League kickoff looming?—?a truncated season is expected to debut around July 2017— it appears these three organizations are moving toward the system of location-based teams specifically with the new league in mind, as slots for the league will be tied to cities. Having clear national associations for these three teams has the potential to assist in establishing each in their respective locations?—?adding to the sort of national pride Blizzard wants to inspire with the Overwatch League.

Misfits now have an overwhelming tie to Sweden, while Rogue is representative, mainly, of France’s best players. Rogue, however, has their team house in Las Vegas, Nevada, muddying their national alliance a bit. Luminosity, while still multicultural, has put down firm roots in Toronto, Canada.