Get ready to travel to Crescent Falls, prospectors. 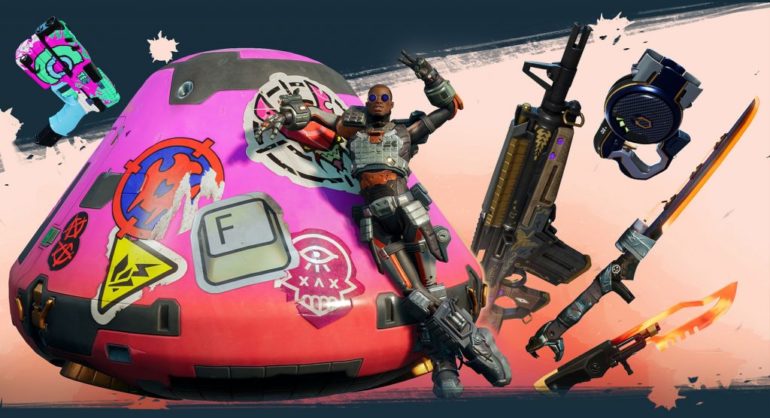 Pack your bags, prospectors. The Cycle is headed to a new map with the game’s upcoming update, Release Nine, which hits live servers tomorrow. Included in the patch are two new archetypes, drop pod and rides customization, as well as a slew of new quality-of-life changes.

Release Nine will introduce the game’s second map, Crescent Falls. The map will require players to “traverse more vertically” than the game’s original map, Bright Sands, and will feature unique areas to explore including a grassy knoll, a deserted bar named the Tipsy Drone, and what appears to be an abandoned city. Crescent Falls’ EVAC-zone is equipped with “lots of spots to hide,” according to the patch notes, so players will have to plan their evacuations carefully to make it out alive.

The upcoming update will also bring two new archetypes: Troublemaker and Korolev Paladin. Troublemaker sports short pink hair and is known for their biker personality, while Korolev is fully kitted out with their Paladin segmented armor.

Once the patch hits live servers, players will be able to customize their drop pods and rides. Gravbikes now come in multiple styles, ranging from a sleek metallic design to a more punkish look with bone-like accents. Additionally, players can change the look of their drop pods to add unique flair when they drop into a map.

Older archetypes are also getting new customization options, which will be available for players to earn in the new Fortuna Pass. YAGER has updated the game’s battle pass to include new ways for players to level up their pass. New challenges will require players to complete tasks related to specific locations around the map, and daily challenges can be re-rolled to shuffle through requirements.

Players can find the full list of patch notes for The Cycle’s Release Nine on the update’s page.