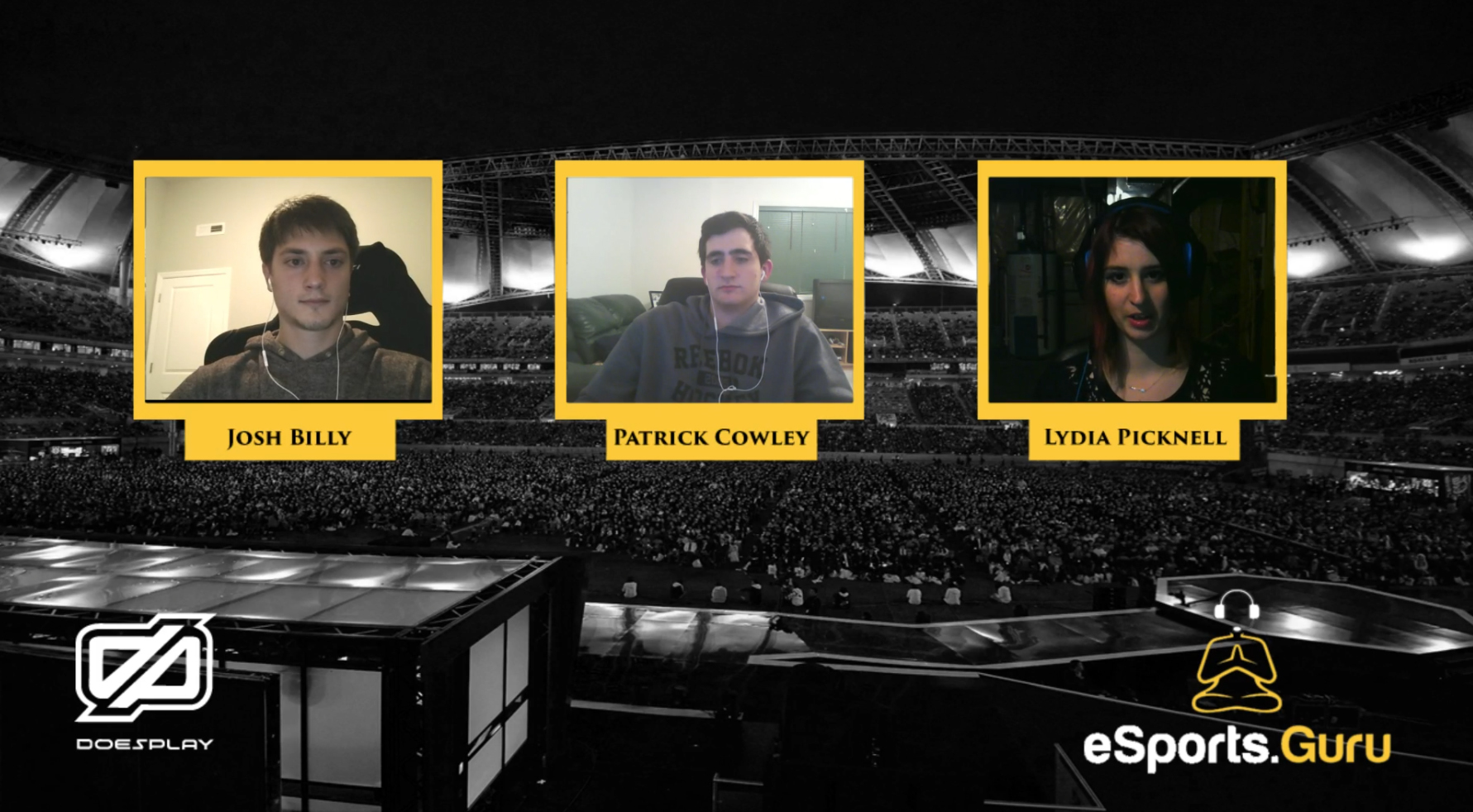 On October 14th, we here at eSports Guru had to pleasure to talk with Lydia Picknell, one of the managers for the extremely competitive Smite organization “Paradigm”, about her experiences in the world of eSports. This was a part of our ongoing weekly eSports-oriented live show, which can be enjoyed weekly on our Twitch channel, Tuesdays at 8 pm EDT.

The following is a condensed version of the conversation we had with Lydia. Everything written is a direct quote but much of the off-topic conversation is cut out for convenience. The full VOD can be found on our Twitch channel for those desiring to see it. Included in the live show were Josh Billy (a co-owner of eSports Guru), Patrick Cowley (myself) and of course, Lydia.

Josh: Could you explain a little bit about your background in eSports?

Lydia: I started playing Smite in 2012 during closed beta, one of my friends got me a key and I just immediately fell in love with it. It was the first MOBA I ever played. After I finally hit level 30 I used to play with Anatoliy all the time, who is one of the top solo laners in North America. He got on a team and left me behind but it made me think that a team sounds really fun. So I started goofing around with a few friends and made a minor team called CC Imunity, but I ended up getting picked up by Mortality Ladies. I was hesitant at the time, but I really wanted a jersey and to feel like a cool kid. I was on there for about three days before I realized they didn’t know what wards are and they asked me to explain them. I was told that this was a “competitive team” so during the middle of a scrim I said I’m gone.

I was friends with members of Reason Gaming (a disbanded Smite team that existed during 2013), one of which is on Paradigm now. Their support slept in and they needed a substitute so they asked me to. It was the first time I ever played in a Smite tournament and I was the first female to play professionally in an official tournament. We finished fourth.

I tried to be a player a few more times but fell in love with coaching and managing so now I coach “Renegades of Hell”, a Latin American team, and manage “Paradigm”, both the Xbox and PC teams.

Patrick: You said you were also a coach for a Latin American team, how does that scene work?

Lydia: What happened was that I was coaching a top amateur team called the “EloFisherS” who were apart of a Challenger’s Cup, which would be the amatuer scene. They never made it into the pro league, I had an issue with a player on the team and I ended up resigning. Level Up (South American Smite publisher) and HiRez (Smite developer) sent me to South America to coach a team. The team I coached had not won a game all year, after four weeks of my coaching they were top three.

When I was coaching in EU, at the same time as Latin America, I’d be up at 6 am to do all of my European work and up until 2 am doing all my South American stuff.

Later in the conversation, Lydia described some of the treatment she had to face as a woman in the Smite scene.

Lydia: I put together a top amateur team in the Challenger’s Cup in Europe (referring to EloFisherS). They almost got into the Pro League. Unfortunately I left the team because I had criticized my solo laner, Lofes4sefol, for his build and he didn’t like this. He turns around to me in TeamSpeak and goes, “I don’t have to listen to you, you’re a woman, I will never respect anything you say”.  So I left the team that night because of that treatment. Not one person stood up for me on that team.  I put you guys together and made you a team and this what you’re going to say to me?

Josh: Can you explain about all of your duties as a coach?

Lydia: As a coach, what I would do is be very hands on, I believe that I need to get everything off of my player’s minds, everything they need to keep their heads on the game. Whether it be booking appointments or letting them rant. For my South American team I would look up who were playing against and see what they were picking and banning in scrims, how they’d start, where they’d go. Just figuring out how we should play against them. I would also figure out where their warding was so I could show my guys on a map. I would sit with them in picks and bans, walk them through it. After a game I’d read through my notes and let them know what went wrong and what they could improve on.

What was nice about South America is that they’re not as up to date and they’re not as skilled as North America and Europe. So with me coming in, they were just excited and ecstatic and it was so nice of them to see me as just a coach when I had problems in EU and NA being a girl and trying to come in and tell teenagers how to play. They wouldn’t listen, but in South America they would let me tell them what they needed to do and they would do it 100%.

This was just a short excerpt of the full, over an hour long conversation that we got to have with Lydia. The view more, feel free to view the VOD on our Twitch channel.

We’d like to thank Lydia for taking the time talk to us about Smite and her experiences in eSports, hopefully we can have her on another time. You can find her Twitter here and more information on her team, Paradigm, here. She is now coaching an Australian Smite team, Integral Nation.

What do you think of Smite as an eSport and Lydia’s story? Let us know in the comments below and remember to follow us here at eSports Guru for all your competitive gaming needs.