The article seems a bit off. 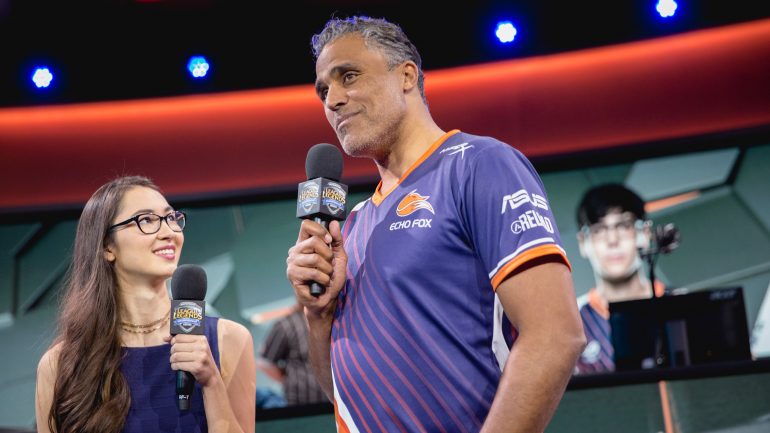 Echo Fox has been in the eyes of the press for the last few weeks, but not for great reasons.

Rick Fox, the organization’s owner, said that he’ll leave the organization if a partner who used a racial slur in an email exchange isn’t ousted from parent company Vision Venture Partners. Amit Raizada allegedly used the racial slur when referring to Jace Hall, a former CEO of the company. Raizada apologized for the gross use of a racial epithet, but since then, AP News published an interesting article about the shareholder.

An article titled “Amit Raizada’s Focus On ESports Is Paying Off” was published on May 1 and features a short description of Raizada’s journey in esports. After briefly mentioning Stratton Sclavos, Hall, and Fox’s involvement in Echo Fox, however, the other half of the article goes on to detail Raizada’s success beginning in college. The article also doesn’t mention esports other than a nominal reference in the first sentence. The article concludes that all four people will guide the Vision Venture Partners company to success.

The strange thing about this article, though, is that AP News makes it very clear that it wasn’t the organization that created this piece. “Press release content from ACCESSWIRE,” the article reads. “The AP news staff was not involved in its creation.”

ACCESSWIRE is a press release company dedicated to helping organizations get their brand and message out into the space they desire. At the bottom of the article, it lists a source and a contact. Both are listed as Raizada, which seems to imply that he either wrote the article or had some hand in it and used ACCESSWIRE’s service to publish it. If he wrote it himself, why would he decide to publish it now? On top of that, why would he enlist the services of ACCESSWIRE?

Whether this was done with the idea of cleaning up his image or helping get the message about Vision Venture Partners out, the article hasn’t received much attention yet. But many fans are curious to see if Hall, Fox, or Raizada will make any further comments.