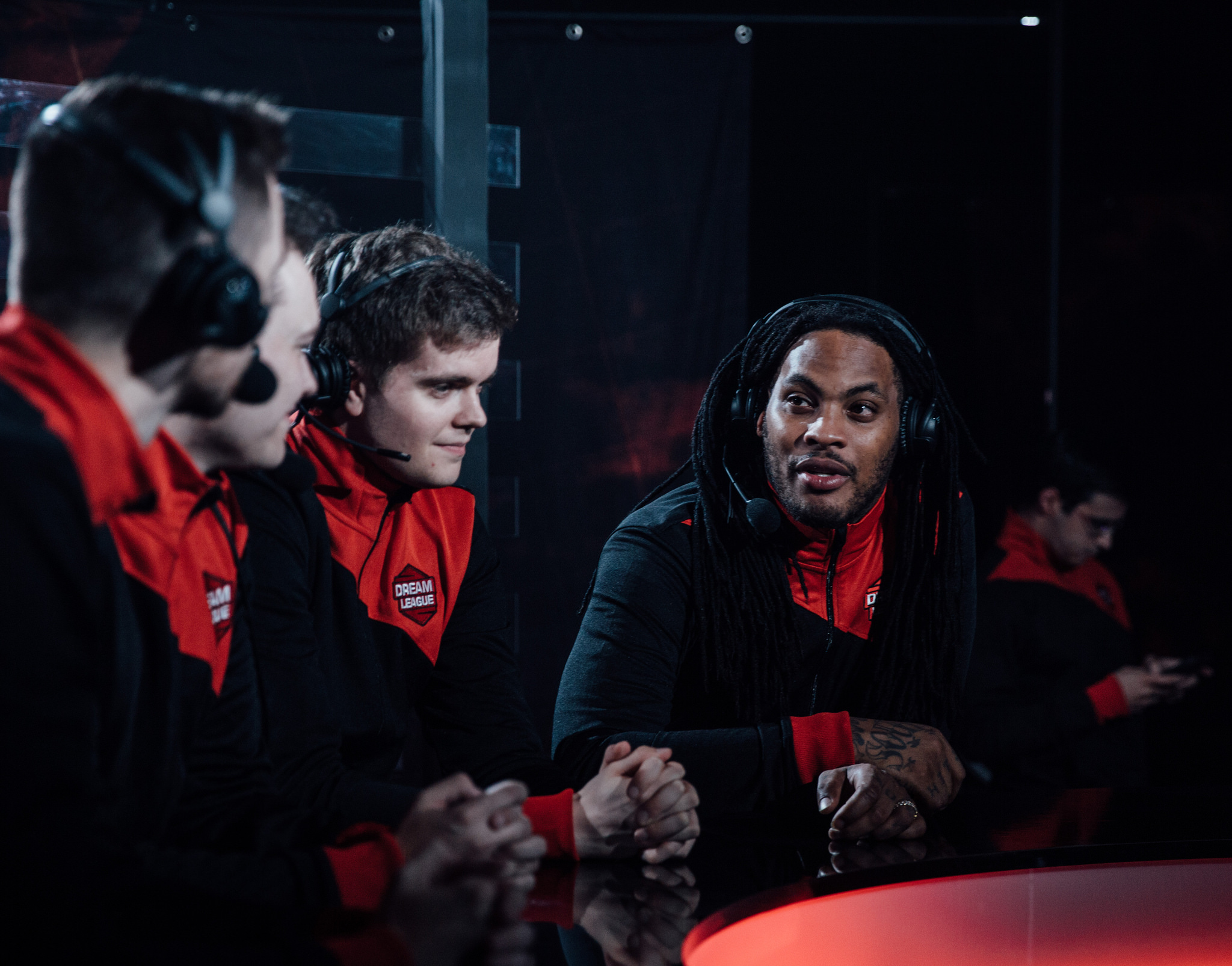 For many, 2017 may go down in history as the year where esports became firmly etched in the common consciousness. With several multi-million dollar investments from some of the world’s most notable brands, and the increasing popularity of esports competitions, the industry is now on a trajectory to finally convince the world at large that esports is a force to be reckoned with.

But that hasn’t stopped 2017 from being a strange year. Interpersonal drama remains a fixture of teams in the industry, as some of the strongest rosters in some games withered away after what can best be described as childish tantrums. Fans have taken several liberties at harming rival games through brigading, and some players have seen their careers hampered due to, well, just communicating with the opposite sex.

The embarrassing demise of Immortals

On July 23, the Brazilian Counter-Strike: Global Offensive roster of Immortals appeared to have finally made it into the upper echelon of the game’s competitive circuit. After they just barely lost out to Gambit Gaming in the PGL Kraków Major grand finals, it seemed like we’d entered a golden age of Brazilian CS:GO, where the legendary faces of Gabriel “FalleN” Toledo, Fernando “fer” Alvarenga, Marcelo “coldzera” David, and Epitácio “TACO” de Melo on SK Gaming would come to share the title of best Brazilian team.

A little less than two months later, those hopes were dashed.

After reaching the grand finals of DreamHack Denver, Immortals were punished for not showing up to the grand finals on time. Starting the match with a one-map forfeit, Danish squad North made short work of them in the remaining game, ending the series with a 2-0 finish.

The reason for Immortals’ tardiness appeared to be the toil of an extensive night of partying, as several of the players allegedly slept through their alarms after taking a nap. CLG in-game leader Pujan “FNS” Mehta joked about the state of the Immortals players, something AWPer Vito “kNg” Giuseppe didn’t respond kindly to. Rather than seeing the comedic side of the situation, the Immortals player instead resorted to threaten FNS with direct violence. KNg refused to apologize for this indiscretion, and instead doubled down on his threat—and was reportedly seen searching the lobby of the player’s hotel for FNS. Whether or not violence was ultimately on his mind, a clear line had been crossed. And the Immortals organization knew it.

So kNg was temporarily suspended, and Immortals launched an internal investigation to get to the bottom of the situation. Happy ending, right? Nope. Instead of biding his time on the bench, kNg elected to compete in an online match, despite being suspended. According to a statement on his Facebook page, kNg entered the match following an invitation from Immortals’ Henrique “HEN1” Teles and Lucas “LUCAS1” Teles, in a seeming act of defiance against Immortals’ decision.

Immortals promptly dropped kNg after the match. But following his dismissal, both LUCAS1 and HEN1 requested to be removed from the organization, as they stood in solidarity with kNg.

With kNg gone, and LUCAS1 and HEN1 placed firmly on the bench, it was clear that the trio, seemingly intentionally, held Immortals’ legend spot on the Valve Major circuit hostage. A legend slot ensures that the majority of a team’s roster won’t have to qualify for an upcoming Valve Major and will automatically receive compensation in the form of sticker money.

Worst of all, the two remaining players on the roster, Lucas “steel” Lopes and Ricardo “boltz” Prass, were ultimately the only people, along with Immortals, who were punished. The trio proceeded to find a new home in 100 Thieves, steel joined ranks with Team Liquid, and boltz found himself returning to FalleN on SK Gaming.

Immortals, however, found its legend status at the Valve Major revoked, and despite its attempts at qualifying for the event with a makeshift roster, it fell far from making the cut. From reaching the grand finals of a Valve Major, to not even appearing at the next iteration is almost certainly a first, and the circumstances surrounding it make this situation even more absurd.

Lunatic Hai and the case of the fangirls

Historically, South Korean pro gamers have been subject to the most spartan and restrictive of lifestyles. Stories from the glory days of Starcraft: Brood War often spoke of what amounted to forced seclusion from the outside world, as young men would slave away at their keyboards for hours on end, often for little-to-no return due to the fierce level of competition.

In 2017, things seem to have changed quite a bit—but not to a degree most western fans would be used to. This became most obvious when South Korean Overwatch sensation Lunatic-Hai benched two of its players after they had been found exchanging conversations and pictures with female fans.

According to the organization’s response, “both players have done something they should not be doing as esports professionals.” The organization also wrote that it had “taken steps to prevent recurrence,” in an effort to teach future players proper competitive and social values. The two players, Geum “dean” Dong-geun and Lee “Leetaejun” Tae-jun, were subsequently dismissed from the roster—despite apologizing profusely for their actions. Leetaejun even went as far as to write that he “knows he cannot be forgiven for all the trouble he caused for his fans and [Lunatic-Hai] members.”

Both players now no longer compete in Overwatch as a result of their interactions with the opposite sex. Dean decided to retire from esports altogether, while Leetaejun was welcomed back to Lunatic-Hai, and competes under its Playerunknown’s Battlegrounds roster.

The Dota 2 community isn’t a stranger to a good bit of classic internet outrage. Most famously, fans of Valve’s MOBA title entered into a fervent state of revolt in November 2013, after it turned out that cherished Halloween game-mode Diretide would not be an annual event as it was initially advertised.

Fans subsequently began bombarding the official Dota 2 page on Steam with poor reviews, and after a short while, cries of “give Diretide” spread across the internet. After a few days of this internet-based torch burning, the usually silent Valve went as far as to issue an apology to its community.

But in 2017, the Dota 2 community and Valve found itself under siege from another fanbase. On Aug. 25, the former main writer for Valve’s Half-Life franchise, Mark Ladilaw, posted what could be accurately described as a conclusion of the franchise’s penultimate game, Half-Life 2: Episode 2. Fans had spent the past decade eagerly awaiting the continuation of Half-Life’s dramatic storyline—but with Ladilaw’s loving and tender letter, titled “Epistle 3,” it became clear that this was the only conclusion fans would receive. One of gaming’s most celebrated franchises ended up being a blog post.

The fanbase, as a result, took its frustration out on Valve. Half-Life fans brigaded Dota 2’s user-rating on Steam, which artificially changed the game’s overall user-rating on the platform. Valve responded by implementing an entirely new way in which user reviews were counted, in order to counteract so called “review brigades.”

It’s fascinating how Valve has cultivated such passionate fanbases. But let’s always remember that there are far better things we could spend our time doing than waging pointless flame-fests on the internet.

Despite gaming’s continued growth into a multi-billion industry, the proliferation of in-game microtransactions has become one of the most criticized developments within the space over the past few years.

But things took a dramatic shift after it was discovered that Activision, one of the overall largest game companies in the world, had been granted a patent for a system that could figuratively alter the gameplay experience of players based solely on whether or not they had recently spent money in one of its games. For the first time, that flame-decal you recently bought could actually make you a better player, as the system could hypothetically place you in a match with lower ranked opponents due to you spending money in the game.

The hypothetical uses of this system gives an entirely new meaning to the term “pay to win,” as cosmetic items in games tend to be just that—a cool new sheen to a weapon for those who want to customize their character or loadout, not anything that actually affects gameplay. Now the actual enjoyment that should be derived from one’s skill at the game could be affected if one doesn’t buy in-game items, and buyers’ sense of achievement could turn out to be hollow—as an algorithm placed you into an easier match, providing you with a loaded set of dice.

As Triple-A gaming studios proceed to include more purchasable in-game items, it now seems as if they are more comfortable with the notion of encouraging already-paying customers to part with even more of their income, no matter how dubious the means.

Known for its strange on-air production, which on occasion features mariachi bands and giant chickens, the LAN finals of the seventh season of DreamLeague saw the most unlikely of cameos.

Waka Flocka Flame, trap rapper extraordinaire, joined the on-air broadcast team after a performance at DreamHack Atlanta on July 12. The Atlanta native took part in a brief conversation among the panelists, in which he dropped a considerable number of gems. Discussing topics ranging between his love for Zelda, the lack of actual rapping in modern rap, and teaching the panelists the basics of his craft, his appearence was capped off with a failed fistbump.

This was a suitable end to what could only be described as the strangest few minutes in either of the panelists’ lives.

For the majority of 2017, League of Legends developer Riot Games stayed out of any massive controversy. The events the company put on throughout the year all went off without a hitch, and following the conclusion of the 2017 League World Championship, it looked as if Riot would smoothly sail into 2018.

But then, in the middle of the offseason, Russian fan-favorite Kirill “Likkrit” Malofeyev told his stream audience about rampant mismanagement within the Russian-speaking League of Legends Continental League. During these few moments on his stream, the 22-year-old revealed that his previous team, Albus NoX Luna, failed to pay out his salary for an extended period of time, effectively scamming him.

Likkrit also talked about the overall state of League esports in the CIS region, claiming that the game “is practically dead here.” This turned out to be a tad too much for Riot Games’ Russian division, which quickly slapped the fan-favorite with a six-month competitive ban for “statements that offend the League of Legends gaming community in the CIS, discrediting the business reputation of the company Riot Games, and posing a threat to the image of League of Legends and the Continental League.”

The decision to place him under suspension for such a considerable amount of time reeks of pettiness, to say the least—especially because he was targeting one of the most powerful organizations in the region.

As a result of the ban, Likkrit chose to end his career as a professional player, although he claims he intended to retire anyway—but due to the ban, Riot simply made the decision for him.

Don’t shoot the messenger, as the old adage goes.