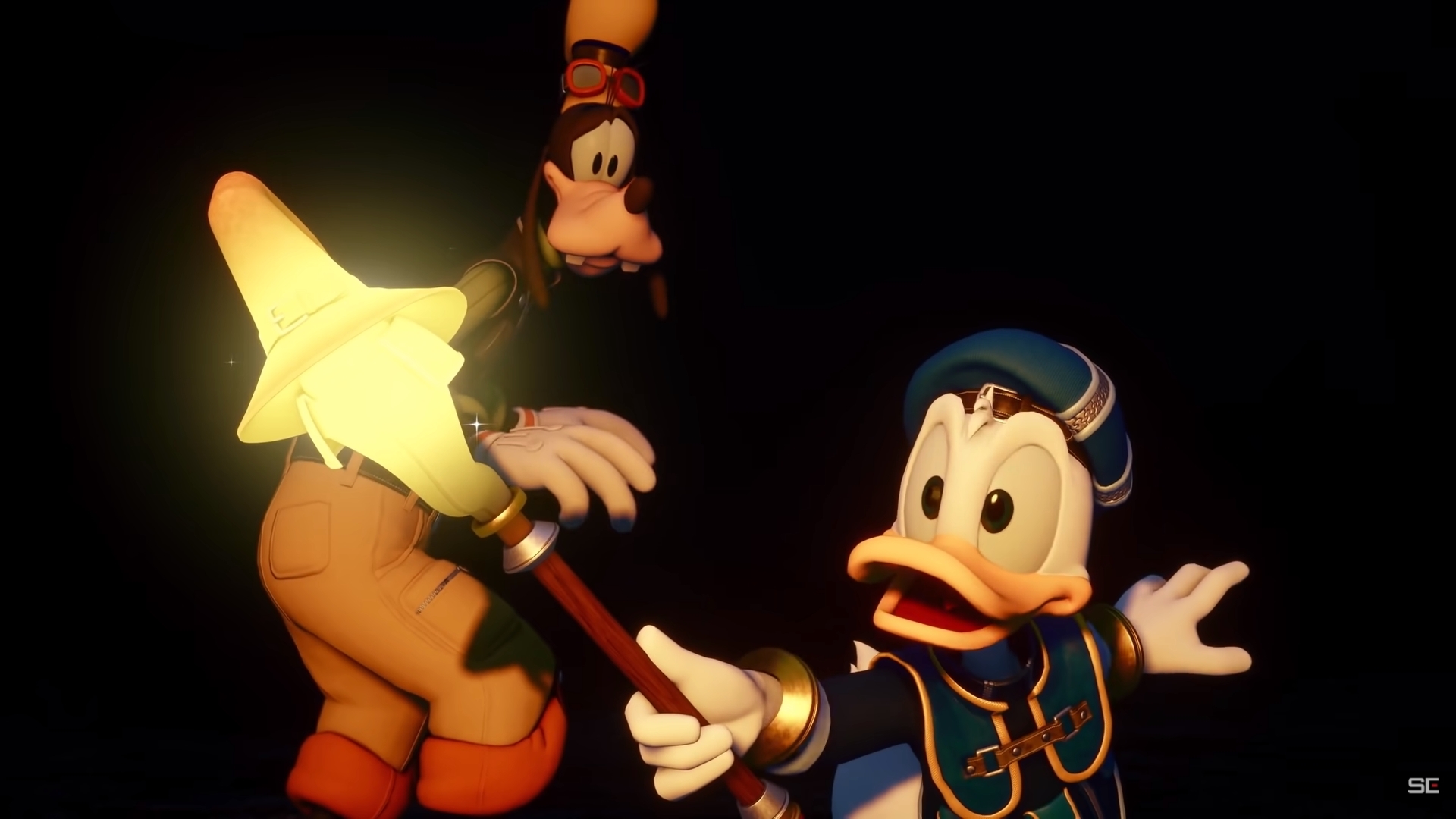 It didn’t take long for the hype surrounding Kingdom Heart’s IV’s announcement to get the fanbase riled up regarding a very exciting theory.

The surprise reveal of a new chapter in the Kingdom Hearts story had its fans searching the short video for any clues about what to expect in the forthcoming sequel, and one short frame from the trailer has some expecting a very specific new world.

At around the 4:41 mark of the above video, the trailer reveals a forest environment. It’s seemingly meaningless at first, but the top right area of the frame below shows what has fans very excited.

Many are believing that it’s the foot of an AT-AT from Star Wars. You know, those huge, metal, long-legged quadruped tanks that wrought havoc in both The Empire Strikes Back and Return of the Jedi?

With Disney’s acquisition of the Star Wars universe, a world based in the sci-fi epic is absolutely possible in the Kingdom Hearts franchise. And that nameless forest area certainly now looks a lot like the forest moon of Endor, all things considered.

The possibility of Sora, Donald, and Goofy meeting up with loved Star Wars heroes like Luke Skywalker, Han Solo, Chewbacca, and more is absolutely worth getting excited over. Even better, imagine Sora locking up his Keyblade in a battle with Darth Vader and his lightsaber.

The inclusion of Star Wars could also mean the potential inclusion of a world based on Marvel and its characters like the Avengers, X-Men, Spider-Man, Fantastic Four, or more, so the excitement of Kingdom Hearts IV’s potential is high in the early days since its reveal.

Kingdom Hearts IV is now in development and is likely several years away from being released.