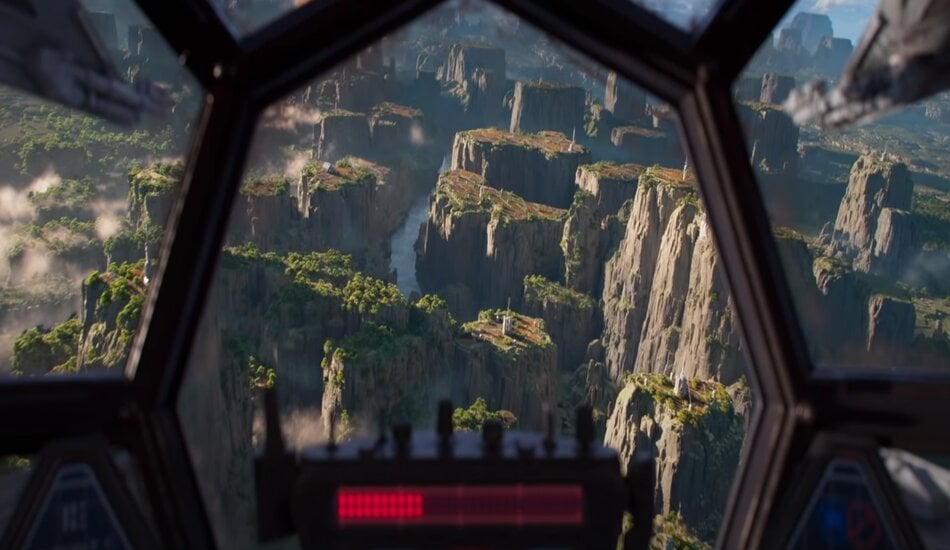 Elaborating upon characters and planets that pilots will discover while playing the single-player story mode, the CG short “Hunted” highlights events following the destruction of the second Death Star. The short introduces players to Imperial pilot Varko Grey, leader of Titan Squadron, who players will fly with during the Empire portion of the Star Wars Squadrons single-player story mode.

Players will fly as both Imperial and New Republic pilots throughout the single-player campaign, interacting with characters like Grey. The CG short displays a side of the Empire not often seen, with Grey on the run after being left behind when Imperial ships were attacked by the New Republic.

“In the short, Varko is still a committed idealist and someone who you think is probably a pretty dangerous individual and has done some terrible things,” said franchise content and strategy at Lucasfilm James Waugh. “But his entire galaxy has just flipped on its head. All context of order and what will come next is suddenly in chaos and shambles. Seeing that, and seeing that flip, and seeing his reaction to the fact that what he cherished and believed in may be lost, is as human an experience as you can get.”

Grey makes his way toward the nearest planet, Var-Shaa, after being left behind. He ends up trying to outrun a determined New Republic pilot hunting him. As the pilots enter the Var-Shaa atmosphere, players are given a good look at the TIE interceptor and X-wing skins available for pilots who pre-order Star Wars Squadrons before it releases on Oct. 2.