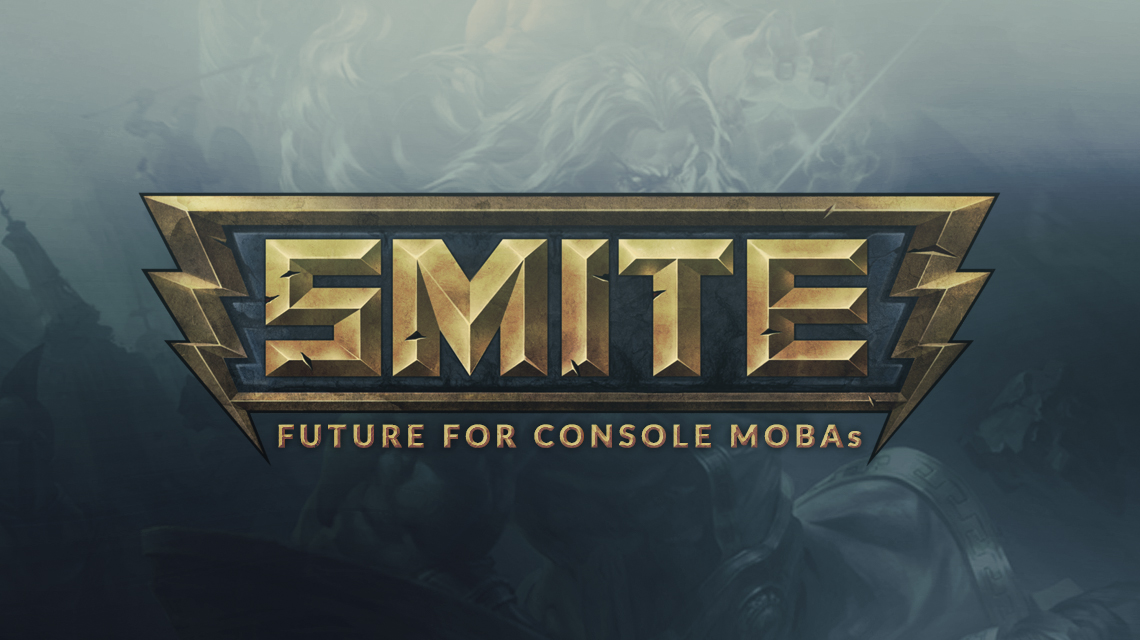 Smite, Hi-Rez Studios’ popular multiplayer online battle arena (MOBA) video game, is scheduled to release later this year for Microsoft’s Xbox One console gaming system. The beta was released back in early May, and has been gaining quite a lot of attention as the first working MOBA for console gamers. So how does Smite convert so smoothly to the Xbox One?

Initially released in March 2014 for Microsoft Windows, Smite was just another MOBA that focused on mythologies, and gained rapid notoriety alongside Valve’s Dota 2 and Riot Games’ League of Legends. Similar to Dota 2 and League of Legends, Smite provides a free-to-play service and an atmosphere with intense cursor movements and fast reactions. As the player, you control an immortal, similar to a god or hero found in the aforementioned Dota 2 and LoL. The team’s main objective is to destroy the opposing team’s giant warrior; the Titan, in order to win the game. Unlike Dota 2’s Ancient or League of Legends’ Nexus, the Titan is a mobile character, though it remains within a certain proximity of it’s base, it also defends itself against the opposing immortals with attacks of its own. MOBAs are primarily a PC Gaming exclusivity, demanding cursor gestures and clicking actions, multiple commands utilized on a keyboard, and a fast reaction speed. Hi-Rez decided to change it up a bit, releasing a beta for Smite on Xbox One. This allowed thousands of console players to indulge themselves into the realm of Smite. Not a lot of gamers can afford the computers or specs required to play top notch PC games, making Smite even more approachable and affordable right to your home entertainment gaming system. It’s a breath of fresh air for MOBAs, and many are applauding Hi-Rez’s concept. Unlike Dota 2 and League of Legends, Smite (PC) provides a third person, over-the-shoulder view of the arena and movements directed by the WASD keys. A little different compared to the traditional top-down perspective and clicking-directed movements that we’re use to seeing in other MOBAs. As different as this is, third person and key-directed movements translate quite smoothly to the console. The controller analog toggle sticks replicate the WASD keys for navigation; the left toggle being your ability to move (forward, backward, strafe left, strafe right); the right toggle being your horizontal motion (left and right), and fire distance gauge. There’s no doubt that this MOBA has created itself into an eSport platform, having hosted its first SMITE World Championship back in January, 2015. SWC 2015 contained a $2,612,260 prize pool, divided among eight of the world’s most talented Season One competitive teams, and gained a total of 2,926,660 unique viewers. SWC 2015 was comparable to the League of Legends World Championship 2014 – $2.13 million prize pool, and Dota 2’s The International 2014 – $10.9 million prize pool. With Smite’s beta receiving team ladders on both Major League Gaming and UMG Gaming, for the traditional competitive Conquest 5v5, three-laned game mode, it seems pretty certain that this console MOBA will have its own eSports league and season for Xbox One shortly after official release. Within the near future, one can expect Smite to possibly overthrow both competitive Call of Duty and Halo for the number one console eSport. Smite is definitely the beginning for console MOBAs, but don’t get your hopes up. Dota 2 and League of Legends, both PC cursor-demanding games moving to Xbox One, would be unlikely. It’ll definitely be exciting to see what other companies may spring up for a chance to bring more of this genre to consoles. A number of eSportsNation’s staff members were provided with beta keys, getting their hands on Smite with eager anticipation. So what’s our verdict? After multiple hours of play time, we have concluded that the game overall is fantastic and shows lots of eSports potential, especially at its beta stage. Interested in playing Smite? Purchase the game Xbox Game Store for $29.99, or apply for a chance to receive a free beta key. What are your thoughts on the upcoming console MOBA, Smite? Let us know over at our Twitter – @eSportsNation.