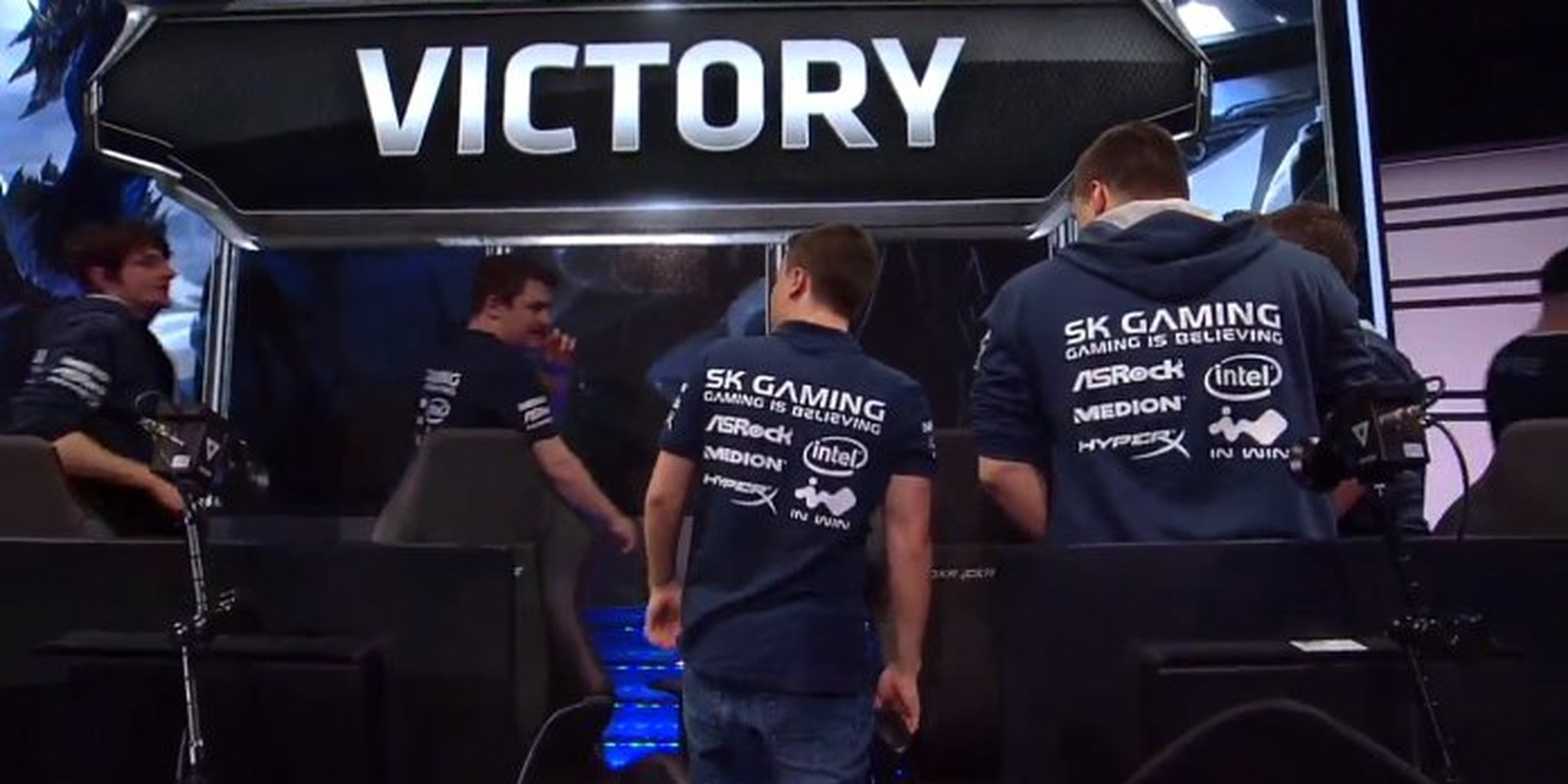 In one of the great comeback seasons in esports history, SK Gaming will be moving on to the LCS finals, after fighting back from a one-game deficit to upstart rookies ROCCAT earlier today.

SK started the season poorly, disrupted by preseason departures and poor performances in the first few weeks. But they rebounded with a late-season rise finishing 18-10 to claim the No. 1 seed into playoffs.

For many of the players, this was their first time in the playoffs. The games were predictably intense.

ROCCAT took an early lead after a one-sided first game. SK only had themselves to blame, as after allowing ROCCAT’s star support player, Oskar “Vander” Bogdan, to play on his favorite champion, Thresh. Bogdan’s use of Thresh’s hooked chain to lock down opponents has earned him the nickname Vanderhooks.

The biggest letdown for SK was the dismal performance of their jungler, Dennis “Svenskeren” Johnsen. In the first game, he netted zero kills and seven deaths. Fnatic’s captain, Adrian “Candy Panda” Wübbelmann, admitted that they “got hooked too many times,” a nod to Bogdan’s superior play.

But the rest of the series played out like a redemption story. Determined to do better, Johnsen and his team set out to prove their high placement from the regular season.

And they did just that. Over the next two games, Johnsen rebounded, earning seven kills and only dying four more times. And SK made sure not to allow Bogdan to get back on Thresh.

The change was obvious to all. Johnsen’s sneak attacks in the second and third games were much more effective, often netting his team a substantial lead.

All hell broke loose in the final of the best-of-three series, as both teams fought for a place in the

finals. The first eight minutes saw ten kills, five tower kills, and a dragon. The breakneck pace didn’t let up, but SK edged out a lead by taking down just a few more towers before ROCCAT could.

As the lead started to pile up against them, ROCCAT fell behind the superior play of SK Gaming.

Now headed into the finals, SK Gaming will be facing off against the end boss of the European League scene, Fnatic, who won both splits in 2013. Can the reborn team triumph over an experienced crew looking for a three-peat?