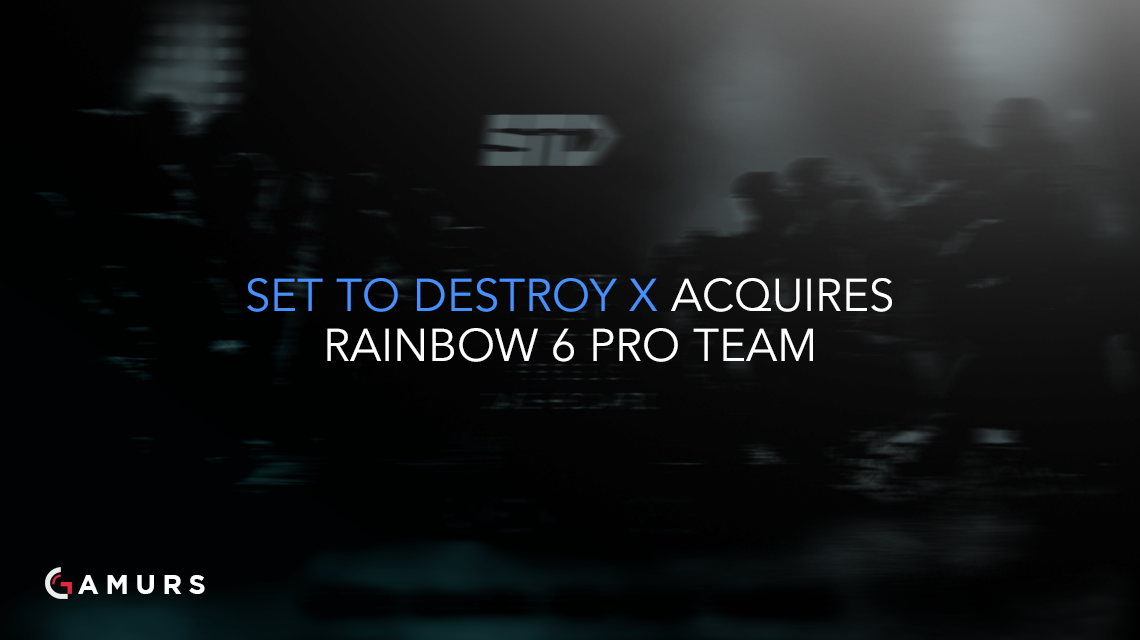 SetToDestroyX has staked its claim in the Rainbow Six: Siege professional ranks, and have brought a full console team under their organization ahead of the ESL Montreal LAN Qualifiers coming up in December, according to an official press release on their website.

The team is comprised of three former Strictly Business members in Jeremy “Silent” Green, Devin “Ayver” Rodgers, and Marlon “Perseus” Valdez-Gibson, as well as another from eXcellence in David “Dashboard” Koss. The team is rounded out by Franklyn “VertcL” Cordero, who took a hiatus last season from competitive play.

The four that played in Season 3 did not find as much success on their teams as they all wanted to, and as Silent puts it, this team is ready to get an invitational spot and “go hard in the Pro League.”

“We are very confident guys, and we really like dedicating time to going over maps and setting up different strats,” Silent said. “We’ve all been to LAN except for one player, so we got the experience. We also fell at LAN, and we all never actually won a title, but we’ve been so close and we have the drive to just want it.”

Charlie “Psychology” Watson, founder, owner, and CEO of STDx, has spent “the past three to four months” looking at enter the Rainbow 6 scene, picking up several streamers and YouTubers for the game in the process of finding a team.

As the Rainbow 6 esport rises quickly – the next ESL Pro League season will have a $200,000 prize pool split between a console and PC league – Psychology has high hopes and expectations for this roster of veterans, and sees them performing well alongside a rising tide of increased viewers and opportunity.

“We are expecting top-two, but ultimately we are gunning to be the best team. We are going to have to challenge eXcellence, Denial, and other teams that are ultimately formulizing their teams over the next couple of weeks. But we’re expecting to go top-two in the pro league, challenge for that first place spot, and put us in an excellent opportunity to put us in the finals and ultimately win out.”

With this acquisition, SetToDestroyX is currently involved in nine different esport titles on the professional level, and are showing signs of potentially continuing their expansion as they become a large and diverse organization.

For all your esports news and updates, make sure you are following us on Twitter, @GAMURScom.

James Mattone is a journalist for GAMURS and can be contacted on Twitter –@TheJamesMattone.