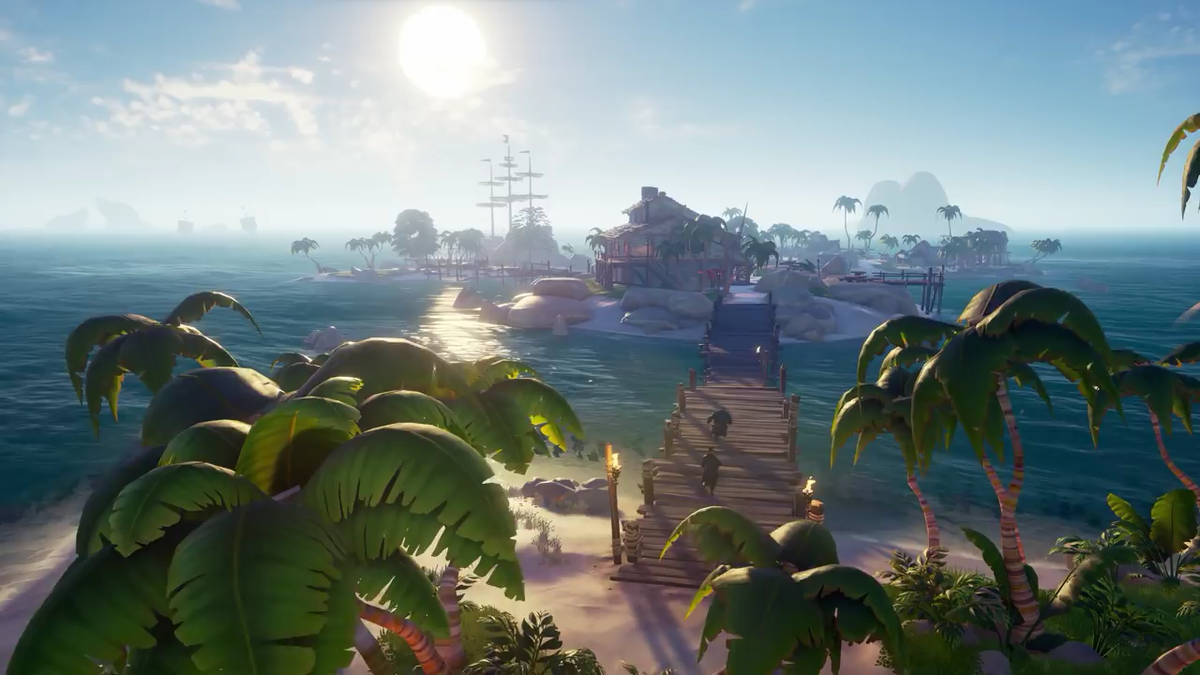 Twitch streamer Prod1gyX has become the first player in Sea of Thieves to earn the title of Pirate Legend after playing the game continuously since it launched a few weeks ago.

In order to hit the legendary rank, Prod1gyX worked with the Sea of Thieves community to slowly grind up the levels, joining other crews as they were cashing in skulls, chests, and more.

Becoming a Pirate Legend gives players access to a hidden area in the world with a special quest. The quest itself is a mystery, however, with developer Rare being secretive about the grand prize.

To unlock the final riddle, which becomes available once a player hits Pirate Legend status, they will first need to buy every promotion from the three factions. Then, players can head to the pirate blocking the entrance to a mystery door in an outpost cavern to receive the Legendary Pirate outfit, title, and shanty.

Currently, Prod1gyX is trying to work out the final riddle of the game along with the community of Twitch to see what treasures await a Pirate Legend at the end of their journey.

By playing the Legendary Pirate Sea Shanty in the Outpost, the new area opened with a fourth faction that offers new quests, cosmetic items, and secrets.