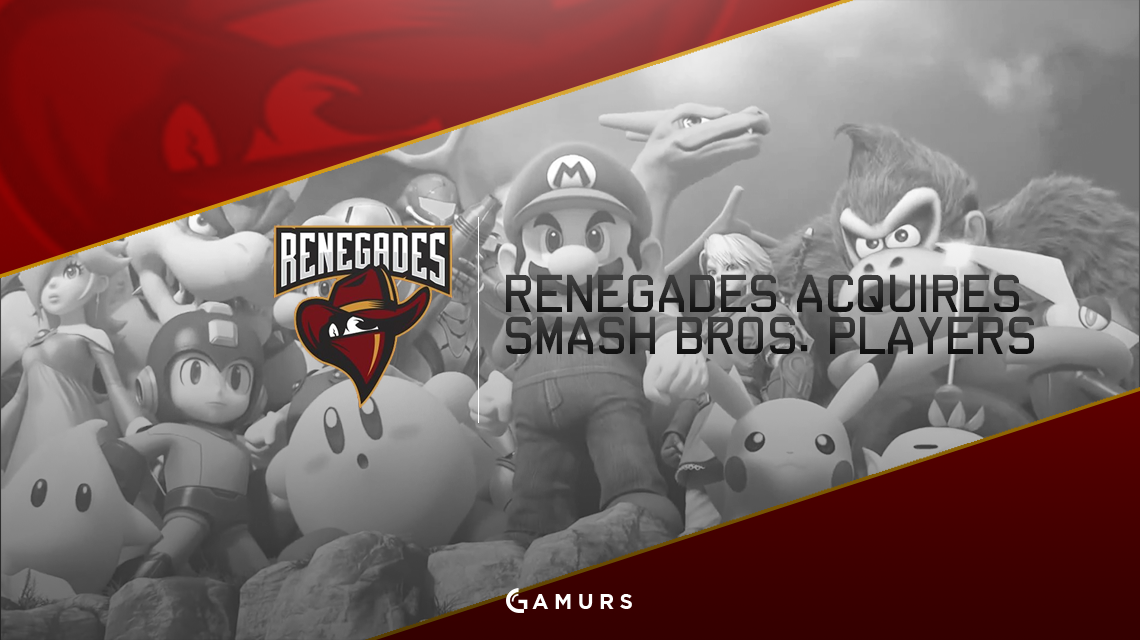 “Smash is a great community and is what esports is all about,” Jerebko told ESPN when asked about his organization’s expansion. “Renegades would like to support gaming communities that have been here from the beginning. We are excited to have Sam and James join the family.”

Both players hold top spots, with Swedish Delight being previously ranked 31st in Melee by the Melee It On Me annual rankings. He recently took second place to Juan “Hungrybox” Debiedma at the Smash ‘N’ Splash 2 tournament in Gurnee, Illinois.

“I’m looking forward towards taking the next step in my career as a professional Smash player,” Swedish Delight told ESPN. “Renegades has the best people in terms of experience, knowledge, and compassion I could work with to make me a better player. When I started playing, I never would’ve thought I would reach the level I’m at right now. I can’t wait to see what I can really achieve now that I have the full support of an organization as great as Renegades.”

On the Wii U side of Smash, Dabuz currently holds third in the Panda Global Rankings and went home with a 2nd place win at Genesis 3, losing to the game’s best player, Gonzalo “ZeRo” Barrios.

“I’m really glad to be joining Renegades and it’s exciting to now be part of a great team,” Dabuz told ESPN. “I have a lot of faith that Renegades will help me grow as a competitor and personality as I keep pursuing my dream to pursue being the best player I can be. I also am happy to representing a team with a lot of genuine people, and what really stood out to me is that the members and owners of Renegades have a clear passion in esports and want to be at the forefront of its growth.”

The Renegades organization is looking to earn a new reputation after disputes with Riot under past ownership, and this is a step in the right direction.

What do you think of Swedish Delight and Dabuz? Were these two players solid acquisitions for Renegades? Let us know in the comments below or tweet us @GAMURScom.