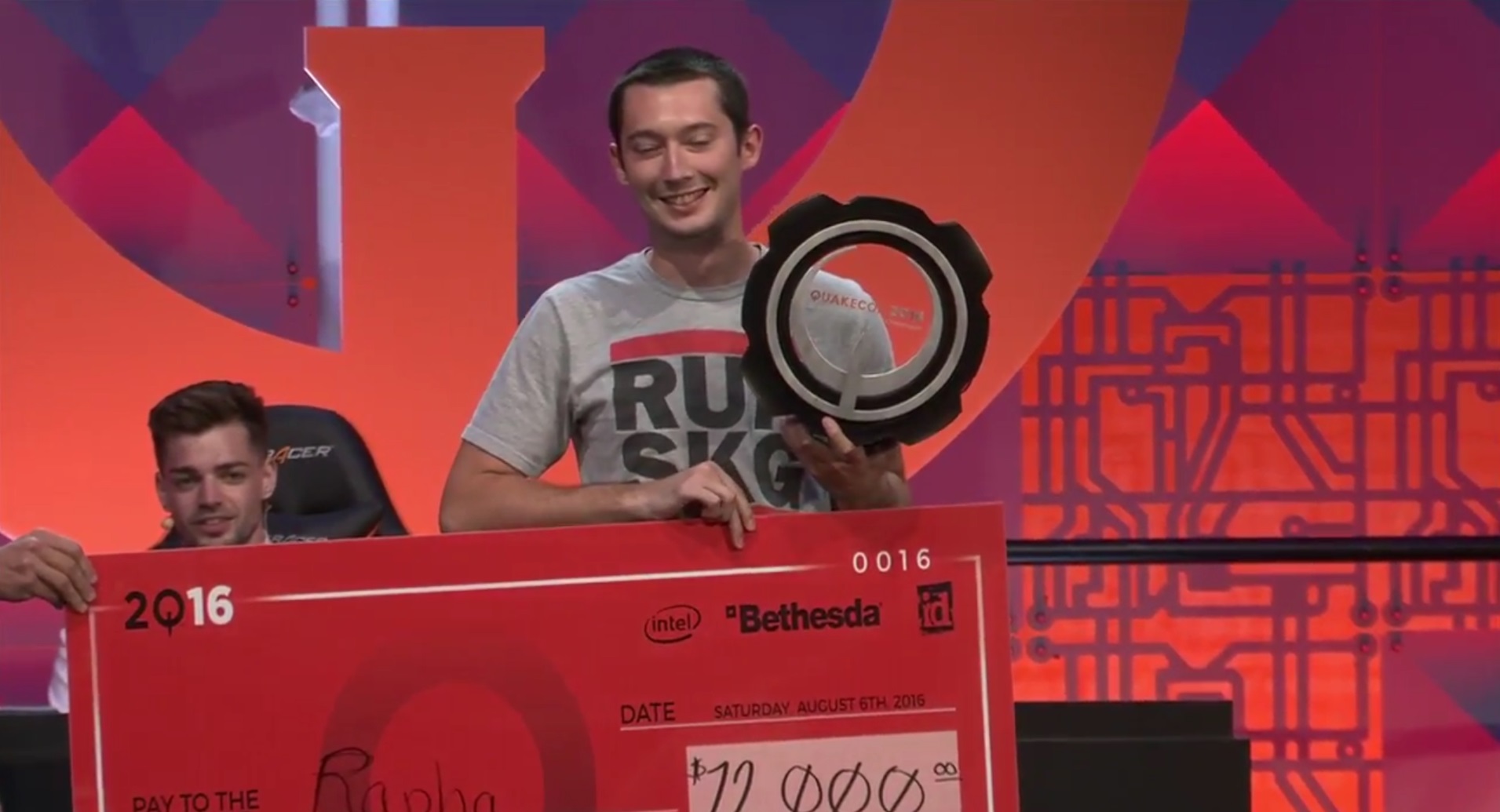 Thousands of gamers descended on Dallas this weekend for Quakecon, home of the world’s oldest esport, and history was made.

The victory was Hendrixson’s fifth Quakecon duel championship, pushing him ahead of rival Alexy “Cypher” Yanushevsky and his four titles. The Belorussian player did not attend QuakeCon this year, staying home to compete in his new game, Overwatch, where he teams with Quake legend Anton “Cooller” Singov.

Even with his biggest rival out of the competition, it wasn’t an easy win for the American. Hendrixson was the prohibitive favorite, and he played like it early, sweeping Orekhov in the upper bracket finals. But the Russian whiz, who has placed in the top three four times at Quakecon, but has not won the title, fought back.

Hendrixson entered the final with a 1 game lead in the best-of-five series thanks to his work in the upper bracket final, but Orekhov looked like he’d tie things up in the first map until the closing minute, when the American somehow snagged two kills to send the game to overtime with two seconds on the clock. That clutch power is what made Hendrixson a champion, but Orekhov showed he had some of that power in him by coming back from the 2-0 series deficit.

The next map Hendrixson took the lead, but this time Orekhov fought back to send the game into overtime. The two played a game of cat and mouse until the seventh overtime, where Hendrixson secured two frags, but the Russian frantically fought back to tie it up, eventually winning in a whopping ninth overtime.

Orekhov then tied the series, but the American proved too much in the decisive fifth match, scoring that fifth title.

While the win is certainly historic for Hendrixson, his place in the Quake pantheon is still in question thanks to the absence of Yanushevsky, who emerged as the top player ahead of the American when he won his fourth title in 2014.

The next time the two players meet, though, it may be in a different game entirely. Yanushevsky is on one of Europe’s top six Overwatch teams, ANOX, and Hendrixson himself has dabbled in the new shooter. He took a break recently to train for his Quakecon try, but now that he’s secured his fifth title, putting him alone at the top of the all-time list, he’s free to focus on the new game full-time.