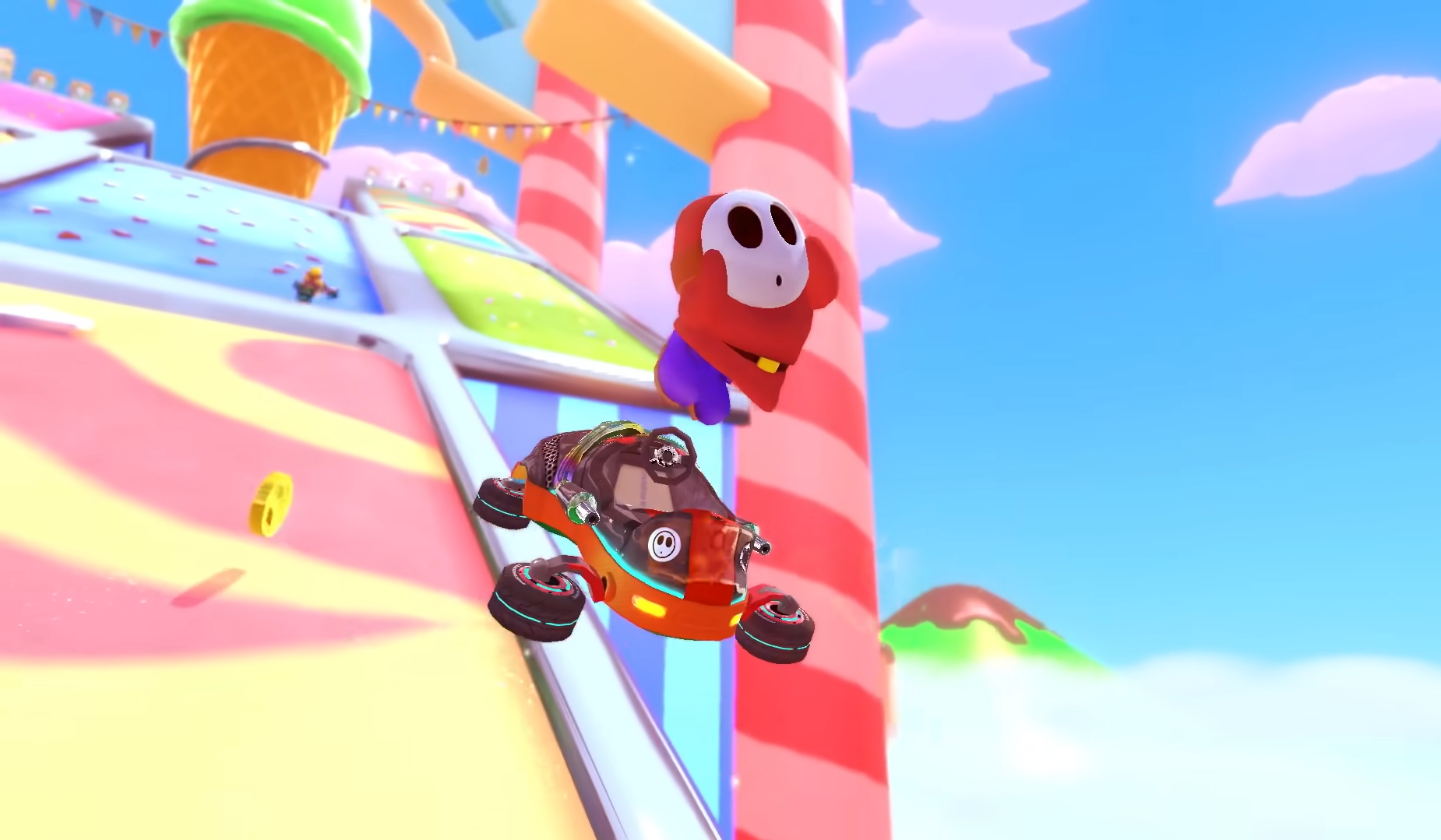 A previous datamine for Mario Kart 8 Deluxe’s Booster Course Pass appears to have been proven correct following the announcement of wave two of the DLC.

Upon the original reveal for the Booster Course Pack, dataminers discovered that each of the twelve unreleased cups included in the DLC listed which previous entry in the series that the tracks in them were coming from. Fishguy6564 on Twitter found that wave two was supposed to include tracks from Mario Kart Wii, Mario Kart DS, Mario Kart Tour, Mario Kart: Super Circuit, Mario Kart 64, and Super Mario Kart, all of which were confirmed with the official announcement.

The dataminer also found that a handful of the DLC tracks were not listed to have relation to any previous entry in the series, suggesting that new courses would be introduced. This proved to be correct as well. New course Sky-High Sundae will debut as part of wave two of the Booster Course Pass, and will also be making its way to Mario Kart Tour in the near future.

Since it is likely that this datamine holds true for the remainder of the waves in the DLC, players can expect a handful of new courses to debut over the course of the next year. Unfortunately, it is not currently clear what these new and returning courses will be, though popular tracks seem to be included in each wave.

Nintendo announced earlier this week that the highly-anticipated wave two of the Booster Course Pass for Mario Kart 8 Deluxe will be releasing on Aug. 4. This pack will include notable series favorites such as Mario Kart Wii’s Mushroom Gorge and Mario Kart DS’ Waluigi Pinball.