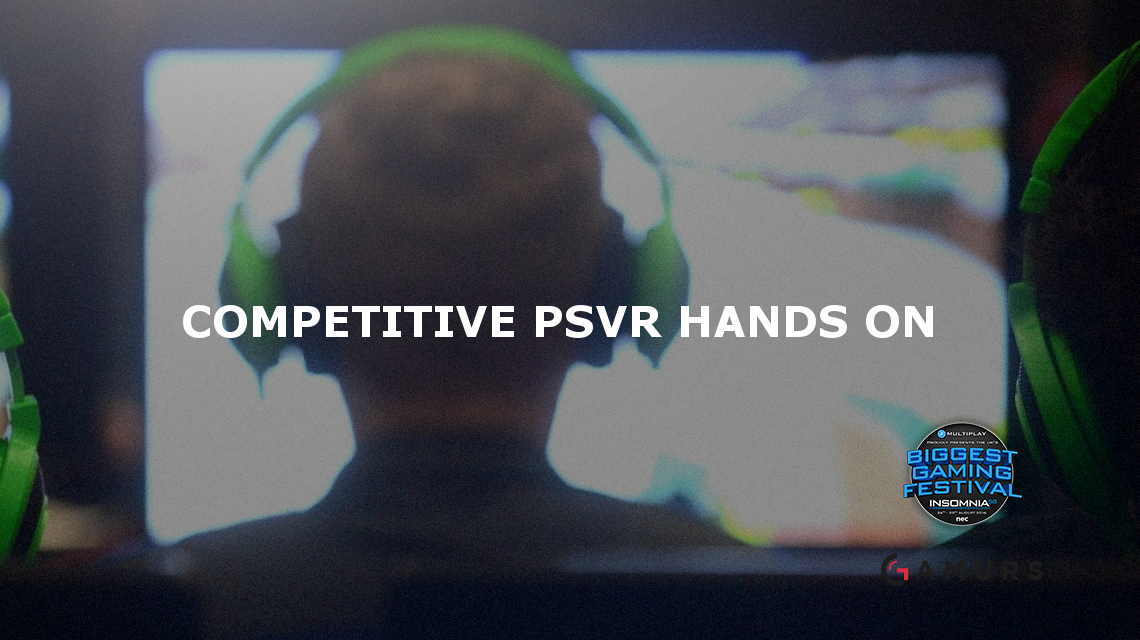 In the halls of Multiplay’s Insomnia58 Game Festival, I findmyself grasped and pulled in multiple directions, but the biggestpull off all seemed to allude me. Upon reaching Sony’s booth totest the latest in VR technology, I was stunned to notice that allthe time-slots to test out the technology had been completely gonein a matter of moments– so imagine my surprise when upon asking,they were able to fit me into a small session to not only test thetechnology but look at one of its competitive focused games:Battlezone and Rigs.

Firstly, I feel I should talk about the technology behind theexperience. PlayStation Virtual Reality, in my first tastes of thetechnology, was surely lacking. I have no idea if I was justunlucky to be given a bad headset, but the experience as a wholewas lacking in image quality.

The picture was blurry, which to my surprise, seemed to getbetter but only if i was applying pressure to the headset andpushing it into my eyes, which is obviously impossible to do whenyou are fighting off swarms of enemies or trying to fight and takeout your opponent, being as strategic as possible.

This only made the overall immersion and the experience beingoffered completely scarce, as I was unable to read any of the textpopping up or position myself in the right direction to fire at afaraway enemy.

I hope that I was just one of the unlucky ones to receive thisblindly fatal error of a headset, but alas, I can not be certainuntil I am either able to try a different headset or talk toanother person about their experience.

In all, though the headset was a complete marvel in technology,my head movements matched the immersion completely, allowing me tohave a true 360-degree spectrum that was on par with currentheadsets on the market, perhaps even greater.

I can first of all say that I can see how the headset can beused to experiment in console esports, a scene that doesn’t get asmuch love as its PC counterparts, but it could prove to be anexciting proposition for the future to come.

The technology, at the current time of use, was flawless; fromthe blinding blurry image that affected my immersion, I cannot denythe overall feeling I have towards the possibilities of what can bedone, providing the right game and the right approach is done tocement an esports VR future for both the audience and theprofessional gamer. Battlezone and rigs allowed me to experience afuturistic tank combat simulator that could easily become an esportthat entices both viewers and players, which gives me hope for along lasting future to come.

Being able to step in the tank, view everything happening aroundme and view the multiple screens offering me insight and detailwithout the usual hub we have grown accustomed to made me feel likewhat was happening was real. There was no fluff, no filter, I hadto manually turn my entire being to find where my enemies were,push buttons to change weapons and in all experience the game, notjust play it. That experience could cause more people to getinvested and if enough people are invested in the scene then it canbecome something greater.

Regardless of how my experience went, I can only see positivemoving forward for the technology and the industry, and while I amnot personally 100% into the whole pull of VR from my first timeusing the technology, it does excite me more moving forward.

For more Insomnia58 coverage be sure to follow us on [email protected] or ask @MonkeyKingHero what you would like him to lookat next at the event.