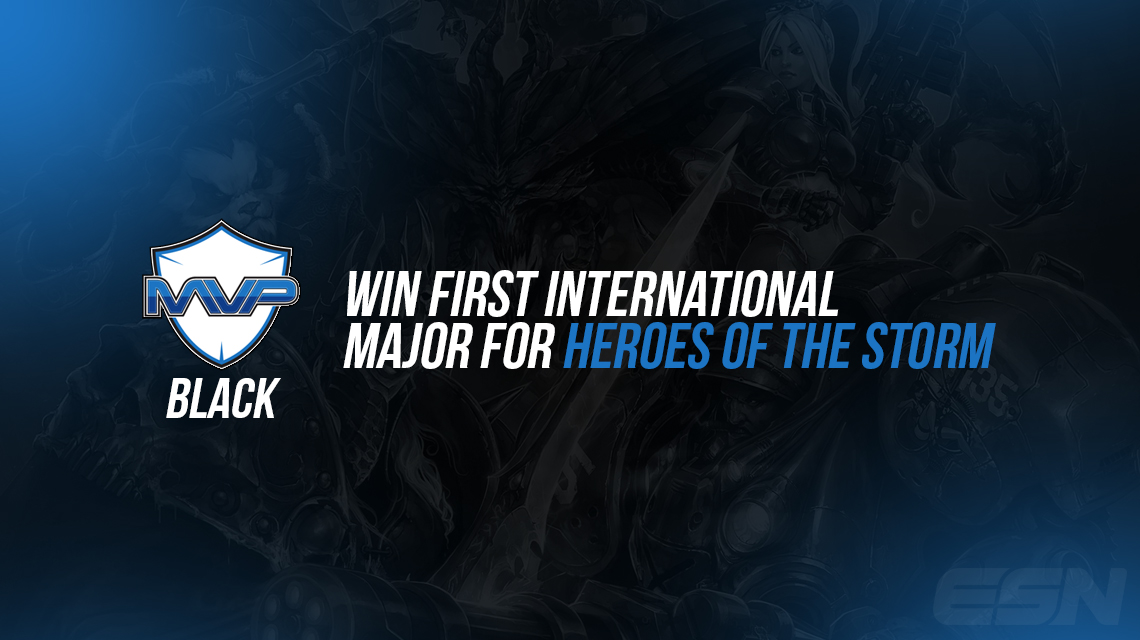 MVP Black, a Korean competitive team, won the first major international tournament for Blizzard Entertainment’s Heroes of the Storm at PAX Prime in Seattle this past weekend.

Competitive gaming enthusiasts got to witness the best teams from each major region in the world – America, Europe and Asia – compete in a $50,000 single-elimination invitational hosted at the MSI Masters Gaming Arena in Seattle, Washington on Aug. 29-31, 2015.

Congratulations to @SC2MVP for their dominating performance at MSI MGA. Well Played!

MVP Black was the only Asian eSports team in attendance due to last-minute visa complications with both Chinese teams, EDward Gaming and eStar Gaming. Similar to most Multiplayer Online Battle Arena games, the Koreans outplayed their competition in order to raise its first international championship title. This event showcased a small preview for the upcoming $500,000 world championship in Anaheim at BlizzCon 2015 on Nov. 6-7, 2015.

Event Recap – How did MVP Black do it?

MVP Black had to compete against their European rivals, Team Virtus.pro, in their first matchup. Similar to the International Extreme Masters 2015 tournament earlier this summer, the Koreans eliminated their opponents 2-0 in a best-of-three series. After round one, the Koreans had to face off against Europe’s finest squadron, Team Liquid, in the semifinals. Unlike their first series against Virtus.pro, this matchup against Team Liquid would prove to be MVP Black’s hardest throughout the tournament. The Europeans’ superiority unfolded as they controlled round one within the series, worrying MVP Black, who were one map from elimination. Through a pure show of dominance, MVP Black made the miraculous, consecutive two-round comeback in order take the series 2-1 against Team Liquid. MVP Black was set to play against arguably the world’s best team, North America’s Tempo Storm, in the grand finals, after the Americans recently defeated Cloud9. With the finals being in a best-of-five format, MVP Black swept the series 3-0 against Tempo Storm in a commanding finish. The Koreans were able to defeat their opponents with ease, utilizing the familiar “Warrior” meta. Two Warrior heroes were played within every matchup, aside from the final round where they used three. MVP Black’s tactic worked almost every time, deploying their abilities to absorb damage and disable enemies. It was too much for Tempo Storm, and MVP Black emerged victorious. Worth noting that Cloud9 went on to defeat Team Liquid 2-0 in the third place match, a huge victory for North America. This event showed that the American and European teams still have a lot to work on. This event was great practice for HotS’s world championship, even though we weren’t able to see any Chinese teams in action. Is MVP Black the strongest contender heading in to the world championship? Let us know. Stay up-to-date with future Heroes of the Storm coverage over at our Twitter – @eSportsNation.