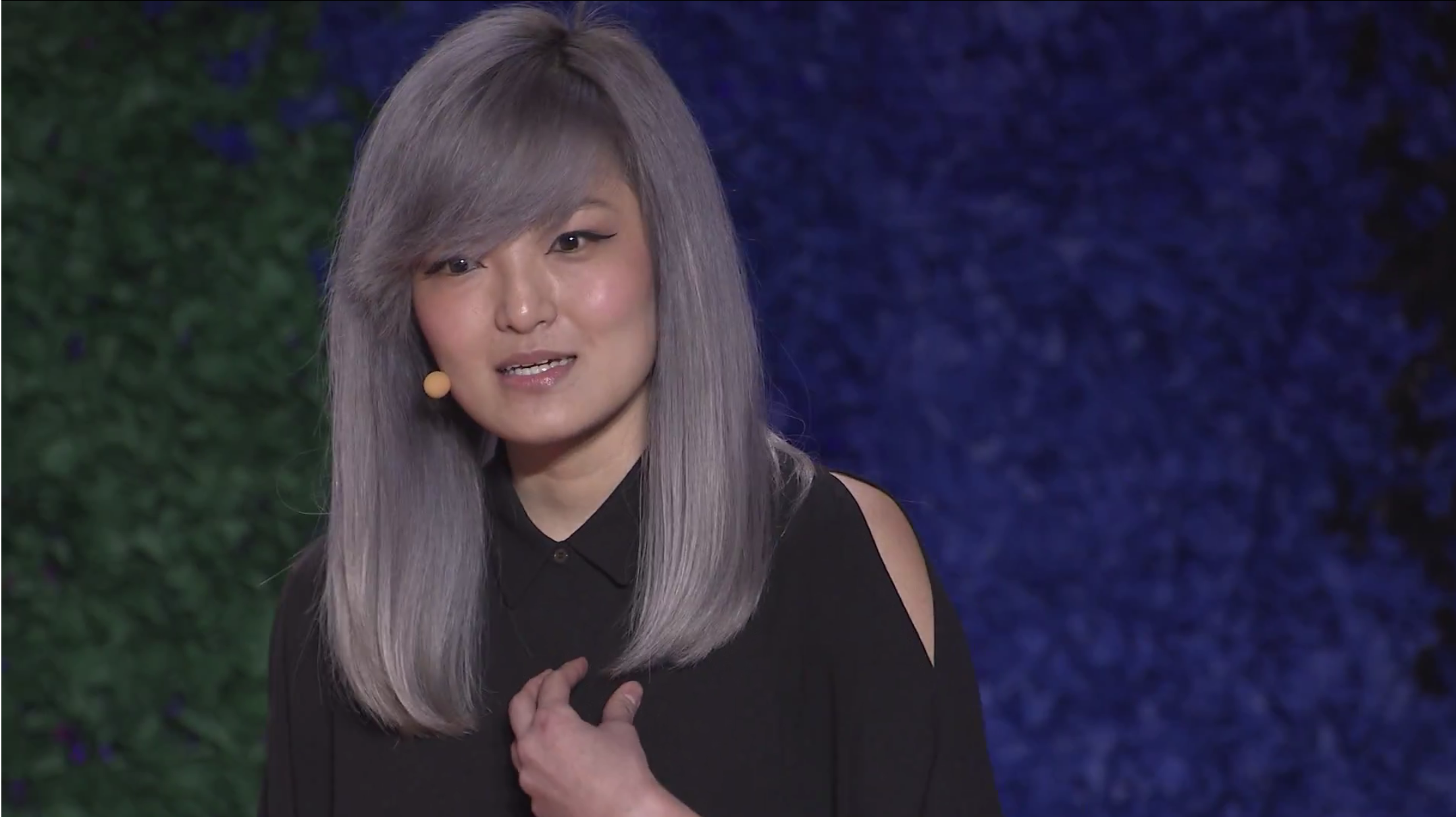 Chen started getting into the competitive Melee in the New England area while in high school, and soon found herself competing nationally. As she was one of the few women in a sea of men, she shortly found herself the subject of sexist commentary online—in one comment in the video, someone describes Chen as a “harlot” who’s only it for the attention.

Embedded in that culture, she she even started to internalize criticism, looking down on other female competitors who were, in her opinion, overly girly. She eventually left the scene, only to return to champion the cause of greater diversity.

Chen emphasizes the importance of dialog—she’s less interested in shaming her male counterparts, many of whom are very young, than helping them understand. “If I had been dismissed as a sexist neckbeard, I wouldn’t be on this stage talking to you right now,” Chen said.

Chen isn’t trying to sugar coat what is a very serious issue, however.  The Smash scene has seen its fair share of occasionally disastrous fumbles. Earlier this year, one of the heads of Apex, one of the largest fighting game tournaments in North America, was ousted after multiple reports came to light of extremely inappropriate messages to transgender and underage girls.

Earlier this month, at Press Start, Neha “LiloNStitchface” Chhetri was surprised at the childishness of the event organizers and announcers.

And wow an announcer just crowed that a team brought “beautiful women you all can watch” and proceeded to make animal noises.

There’s still a long way to go, and Chen is doing what she can to get the conversation stated. This month, she hosted a panel called The New Meta, in association with the NYU Game Center. It took four female personalities in gaming to discuss sexism in esports. And earlier this year, she hosted another esports panel at the Game Developers Conference in San Francisco, covering the same topic.