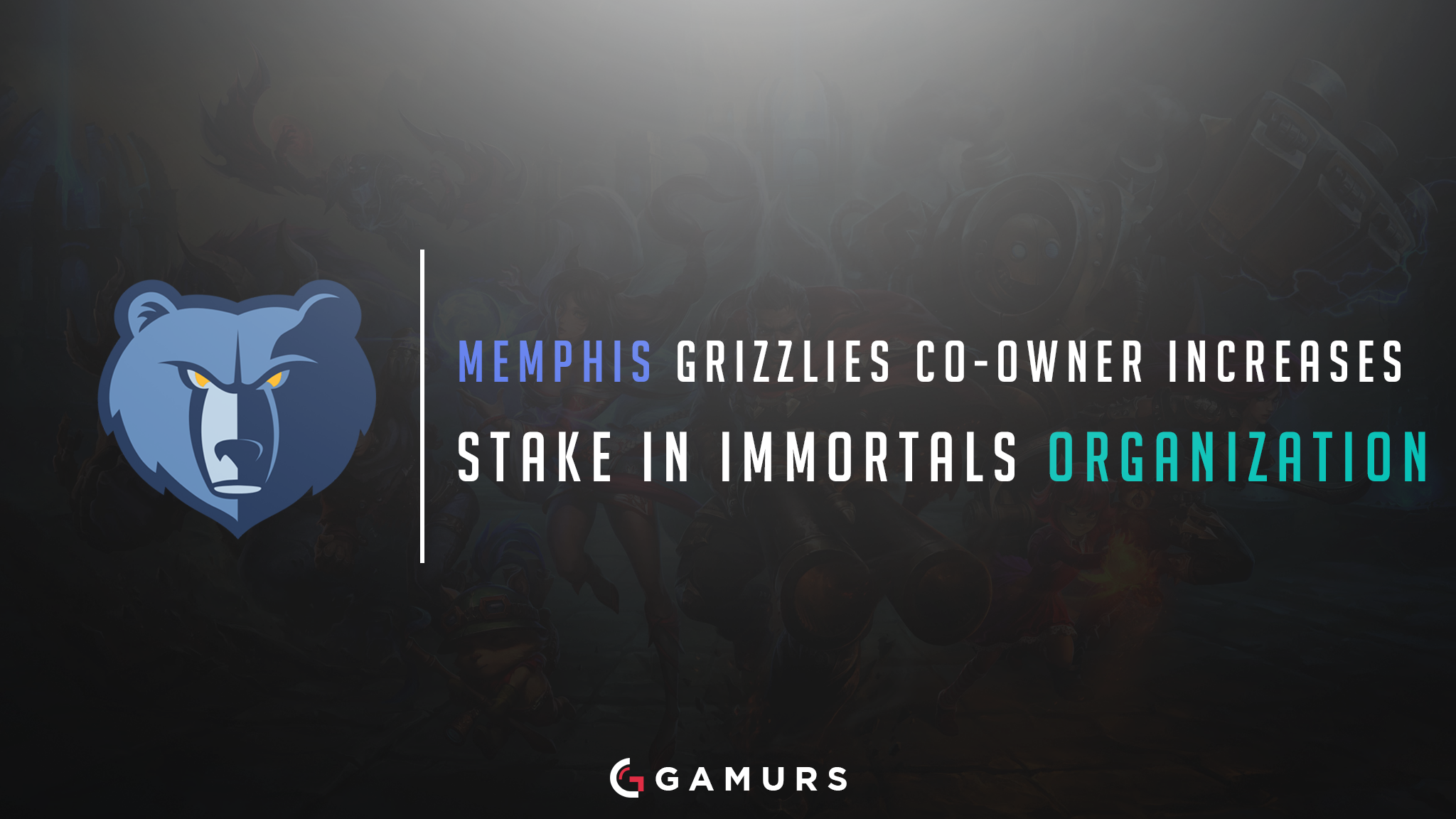 In the third move like it this week, another NBA team is throwing its hat into the esports ring. This time, it’s Memphis Grizzlies co-owner and vice chairman Stephen Kaplan increasing his stake in the Immortals organization, as reported by ESPN. Kaplan is part of a group of many investors who have a stake in the organization. He will also be joining Immortals’ board.

“We’re grateful for Steve’s continued support of the Immortals organization, and look forward to working with him on scaling up the esports industry,” said Immortals CEO Noah Whinston when speaking to ESPN.

This news comes as yet another sign of a growing trend in the esports scene of professional sports organization owners joining esports. In the past three days, the Philadelphia 76ers have acquired Team Dignitas and Apex, and Golden State Warriors co-owner Peter Guber purchased controlling interest in Team Liquid.

With big-money men continuing to invest in esports behind the scenes, it’s apparent that competitive gaming is here to stay as it continues to gain legitimacy in the business world.

What do you think of NBA teams and owners getting involved in esports? Let us know in the comments below and follow @GAMURScom on Twitter for further esports coverage.