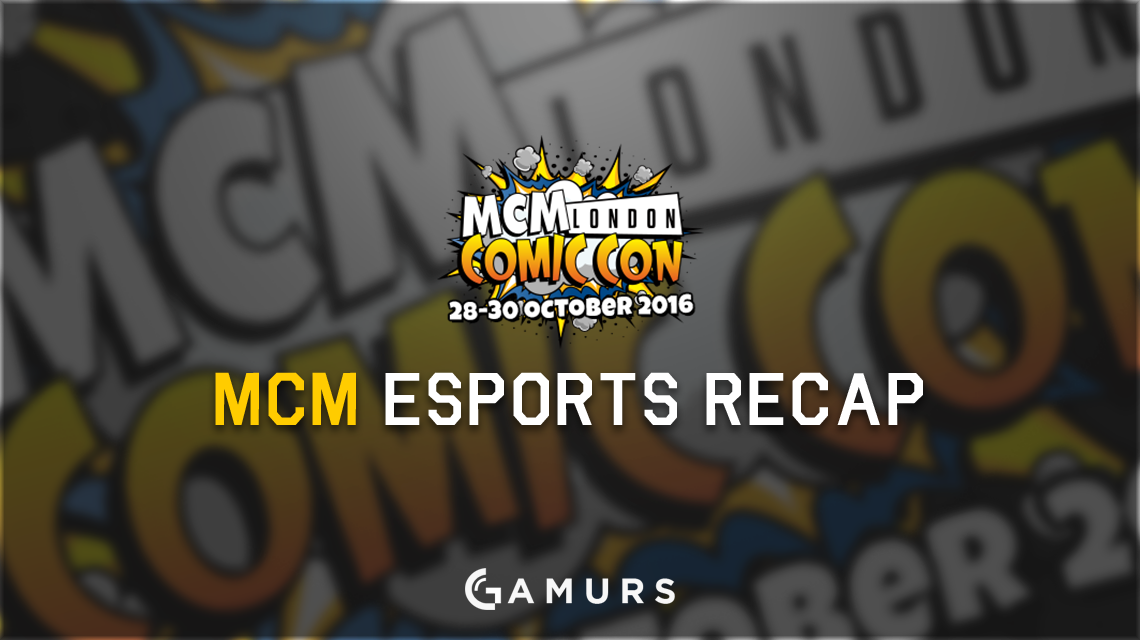 Note: This recap is not about the entirety of MCM London. This is more of a look at how MCM presented esports. All opinions are my own and do not represent GAMURS or any other part of our ecosystem. Please be advised to take my opinions with a grain of salt; you won’t agree with everything I say or think.

MCM Esports was ok. Although there was a good consensus of people actively taking time out of their days to watch the festivities, the whole event felt lacking in retrospect to other events, like Insomnia and EGX, over the past few months. Then again, MCM said that this is their first real trial to push esports at their events and for a trial, it was alright; nothing too spectacular, but alright nevertheless. The thought is there and the heart is definitely there, but the idea still needs vast improvements.

I’m not saying it was a failure. I feel it is too soon to even come out with anything so spiteful. I have talked to a few fellow journalists who seem intent on upsetting the balance and writing slander, but I feel it is really unnecessary. In this sense, it’s just a learning phase for an organization that is looking to expand into new avenues. If MCM does want crucial feedback about the event, by all means, contact me below, as I will be happy to share my feedback.

For me, the esports side of things was different, but it was good to see the organization willing to give its entire audience an entry level look at esports, while providing something which was still satisfying for long-term followers. I feel ESL could have had a bigger stage presence, somewhere that wasn’t the end of a corridor out of the way. But, they need to incorporate the space to make money; it is a business at the end of the day and esports is not MCM’s primary focus for the future.

There could have been more done for MCM in terms of esports coverage, but considering the scale of what they tried to do and the timetable that was given to promote competitive and casual, I can’t really complain. Everyone will have disagreements or distrust, but at the end of the day, it wasn’t perfect, but it was still pretty cool.