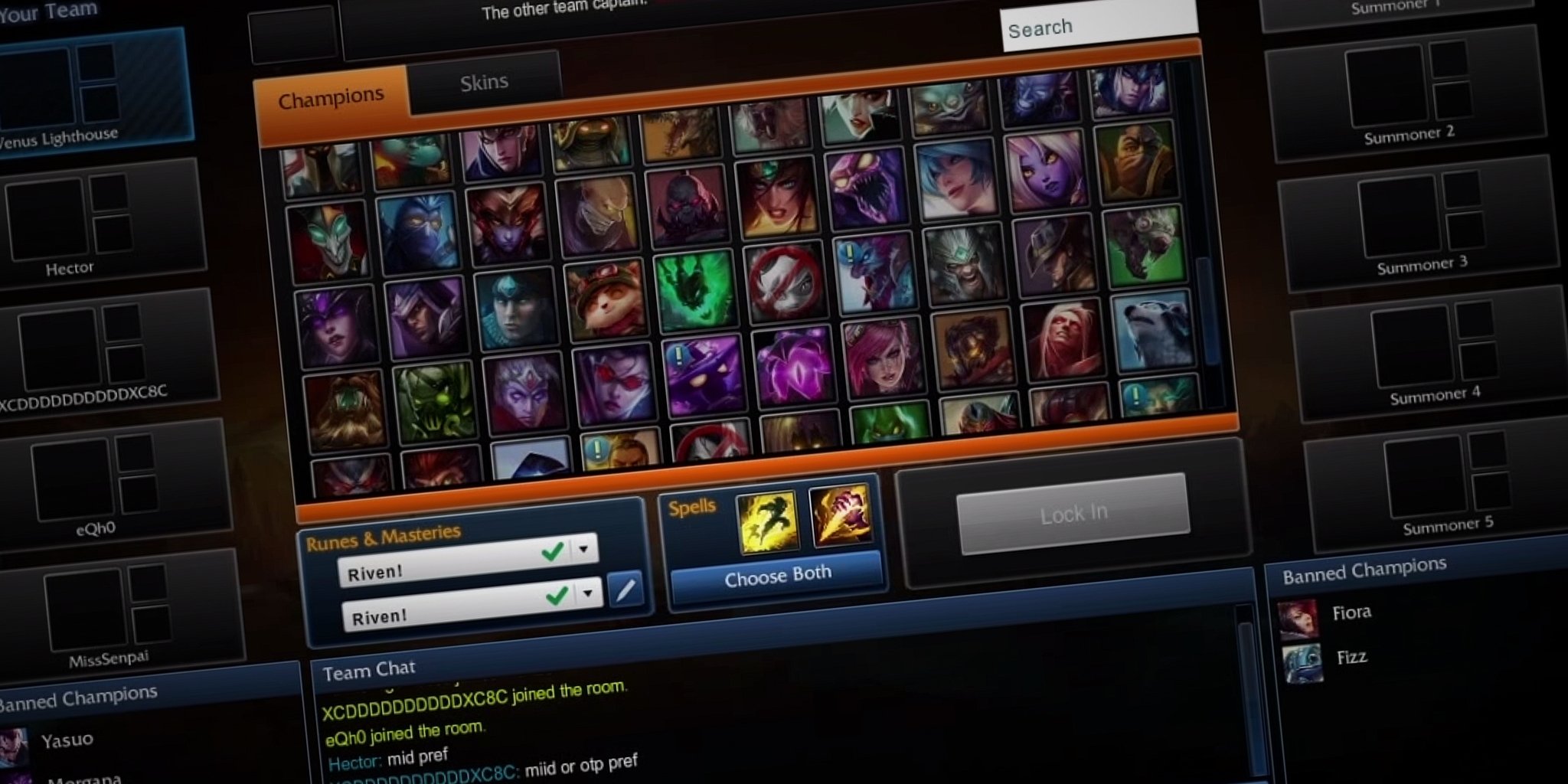 Matchmaking is multiplayer gaming’s oldest problem, yet it’s still one of its most unsolved.

Good matchmaking is one of those black box features that is never readily apparent to the player, but colors every experience a player has in a competitive multiplayer title. When matchmaking works well, you never notice it. You play great games against similarly ranked opponents, and you’re thinking about the game’s mechanics and how well you played, not how great it was to play those specific foes.

When it doesn’t work, though, it’s jarring. You find yourself stuck in matches with players of widely disparate skill levels—maybe one who’d fit better in the LCS than a Gold game, and a Bronze player who doesn’t know what a ward is—and your entire gaming experience is ruined.

That’s why when League of Legends developer Riot Games decided to drastically change the most successful matchmaking ladder in gaming by implementing its new dynamic queue at the start of the year, players were shocked. While the shift may have solved some problems, it created many more, and players are still adjusting to the difference. Matchmaking is a seemingly simple but incredibly complex issue, and it’s one that doesn’t have one real solution.

So, what is matchmaking?

At its simplest, matchmaking is the process that pairs players with and against each other in multiplayer gaming.

In gaming’s younger years, matchmaking wasn’t automatic. Doom, the first game where players could compete over the internet, required players to exchange IP addresses. Quake introduced the concept of dedicated servers and in-game menus where players could store those server’s addresses, often stored on clan websites.

In the ‘90s, searching for servers became automated with platforms like Blizzard’s Battle.net, used for Diablo and eventually WarCraft 3, and QuakeSpy, which later expanded to become Gamespy, a third-party middleware that stored a listing of all available servers and provided it to users.

That server browser functionality allowed players to find a game on a whim, often filtered with custom settings to their liking. But it didn’t control for factors like player skill. You could join a server and get owned by players at twice your talent level, or find one filled with noobs you could beat with your pinky.

Developers tackled that problem by introducing ranked systems ranging from simple ladders where a victor would take over the slot of a player they just beat, to the popular Elo rating developed by Arpad Elo for Chess, to more complex algorithms like Microsoft’s TrueSkill, used on Xbox Live.

Games like StarCraft introduced ranked queue systems so players could, in theory, find solid competition automatically, but they were crude and easily exploited; players who left losing games, for example, were not awarded a loss. That led to the creation of third-party solutions like the popular underground Brood War server ICCup, which ranked players based on skill and even introduced its own anti-cheat.

To scratch that itch for competition in many other games, leagues were formed.

The Cyberathlete Professional League (CPL) was one of the first major esports tournaments, hosting its first event in 1998. But its foundation wasn’t the championships held biannually in Texas every year, it was its online product: the Cyberathlete Amateur League (CAL). Using a tiered league system featuring a top level “invite” division with lower tiers of play each featuring its own league, players of all skill levels could test their prowess in organized competitive play.

Where does matchmaking stand now?

Today, complex matchmaking and ranking systems are a core component of nearly every multiplayer game on the market. Esports titans like League of Legends, Dota 2, Counter-Strike: Global Offensive, and Overwatch are centered around their ranked matchmaking queues. That’s important for their development as competitive titles, as a large portion of the playerbase engages in nominally fair competitive play.

Yet matchmaking is hardly a solved problem in gaming.

The biggest game in the world and the biggest esport is League of Legends, and its ranked matchmaking queue has become legendary. Players who manage to reach the upper echelon, the Challenger tier, are often scouted to play for professional teams. Much of League’s success is driven by a matchmaking system that places players into competitive games where they have a fair shot at winning and an attainable goal: climbing the ranks to show their skill and measure their improvement, maybe even reaching the pro level. That aspirational aspect of competition brings players back for years.

Yet at the start of this year, the game’s developer Riot implemented a major change to matchmaking, the so-called “dynamic queue.” Instead of only allowing players to queue for ranked play as a solo player or as a duo, they changed the system to support groups of any sizes and added a role select element to queueing.

Good matchmaking will go unnoticed, but issues with the system will cause stress for players. For developers, it’s often a losing battle

The changes were aimed to promote teamwork and decrease “toxicity” when players don’t get the role they like, but it had huge consequences. Players at the top end of the ladder suffered drastic increases in queue times, and win rates shifted to favor queueing as larger groups of players. Riot Games has been tweaking the system to mitigate those issues, but another major developer has shown that might be a losing battle—Blizzard’s own MOBA, Heroes of the Storm, switched its ranked play from dynamic group sizes to solo and duo play because of the premade issue earlier this year.

That shows the complexity of matchmaking and its impact on a game at a basic level. Good matchmaking will go unnoticed, but issues with the system will cause stress for players. For developers, it’s often a losing battle. Improving queue times, for example, means sacrificing another key part of the experience, like balancing the skill level of both teams. There is no one-size-fits-all solution—while every player wants a fair competitive experience, they each have their own set of unique reasons for playing a ranked mode.

In the past, third-party platforms offered solutions to the matchmaking problems that plagued gaming in its early days. While companies like Riot Games and Blizzard invest heavily in optimizing their matchmaking systems, creating a solution that serves the majority of their player bases may not be the best solution for all players, and that leaves the door open for other third-party options.

As we’ve seen with the introduction of dynamic queue, every player has different ideas on how they want to compete, so perhaps it’s time for different options

Platforms like Ethos aim to offer alternatives to the default in-game matchmaking systems, providing a space for more organized competition, including advanced matchmaking with new rules for tournaments and leagues designed for all skill levels. Scheduling competition, for example, removes the time constraint placed on a developer every time a player queues up for a game, but that kind of play has fallen to the wayside in favor of the instant gratification offered by the ranked queues that dominate gaming’s most popular multiplayer titles.

For many players, rolling the dice by clicking the queue button is the perfect way to play. It’s quick, easy, and offers a great experience on-demand. But that might not be what every player wants. Some want more organized competition, where they can develop teamwork and strategy with consistent teammates. Some are willing to sacrifice their queue times to play with similarly skilled players. Some are not. As we’ve seen with the introduction of dynamic queue, every player has different ideas on how they want to compete, so perhaps it’s time for different options.

This article is sponsored by Ethos. Want to get involved and help shape the future of Ethos? Head to www.ethos.gg and join the discussion, and back the Ethos Indiegogo campaign.