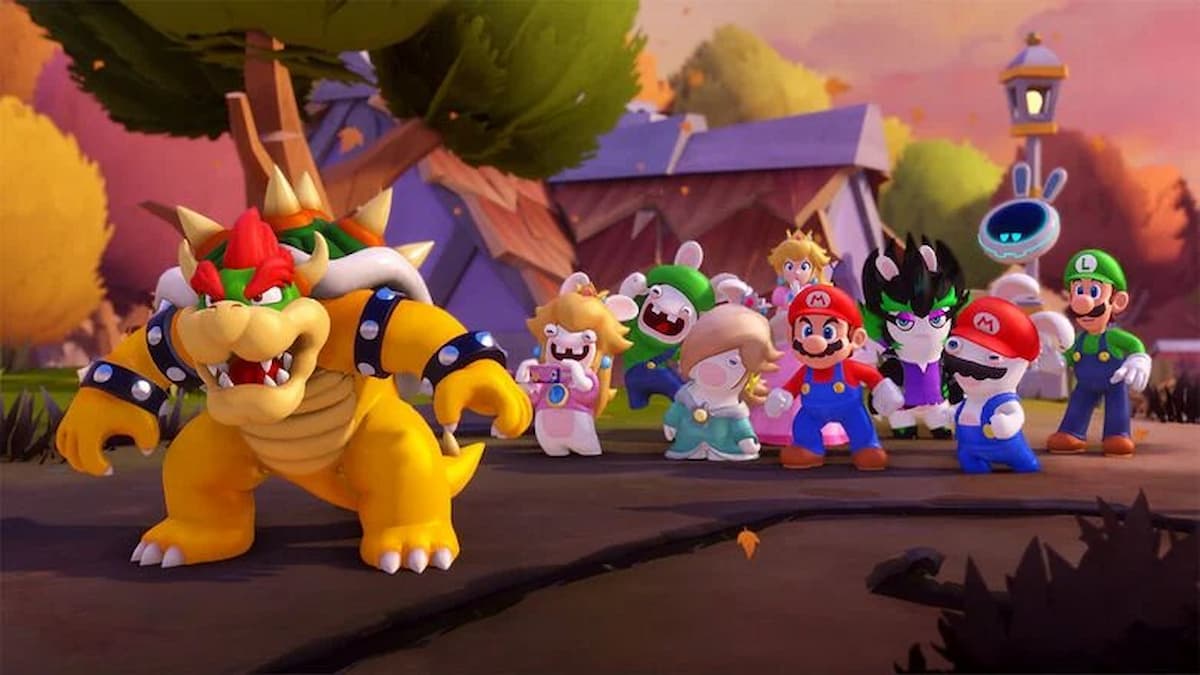 Fans hoping to get new details about Mario + Rabbids Sparks of Hope following some leaked information yesterday weren’t disappointed since they got to see gameplay and a release date confirmation in today’s Nintendo Direct.

Sparks of Hope will officially launch for Nintendo Switch on Oct. 20, and Bowser was briefly showcased as a playable character for the first time too.

“The motley team of Mario, his friends, and the heroic Rabbids—now joined by Bowser—blast off for a galactic adventure in the latest Mario + Rabbids game,” Nintendo said. “The galaxy is in a universe of trouble when a dark entity, Cursa, wants to absorb all its energy. In doing so, it will try to capture the Sparks, creatures born from the merging of Lumas and Rabbids, and drain them of their energy, too. Now, the team must travel the cosmos to save the Sparks from Cursa’s grasp and fight back in tactical, dynamic battles.”

Along with a brief gameplay showcase and some new details, Ubisoft and Nintendo confirmed that additional content will be shown in a separate steam tomorrow at 11am CT.

The release date and some screengrabs leaked a day before the Nintendo Direct Mini, but all of the gameplay and additional details, outside of Bowser being playable, were new to the presentation. Leaks for this series are something fans are used to, however.

During the gameplay showcase on June 29, players will likely get an extended look at gameplay, character abilities, and weapons that will be used throughout their adventure ahead of launch.