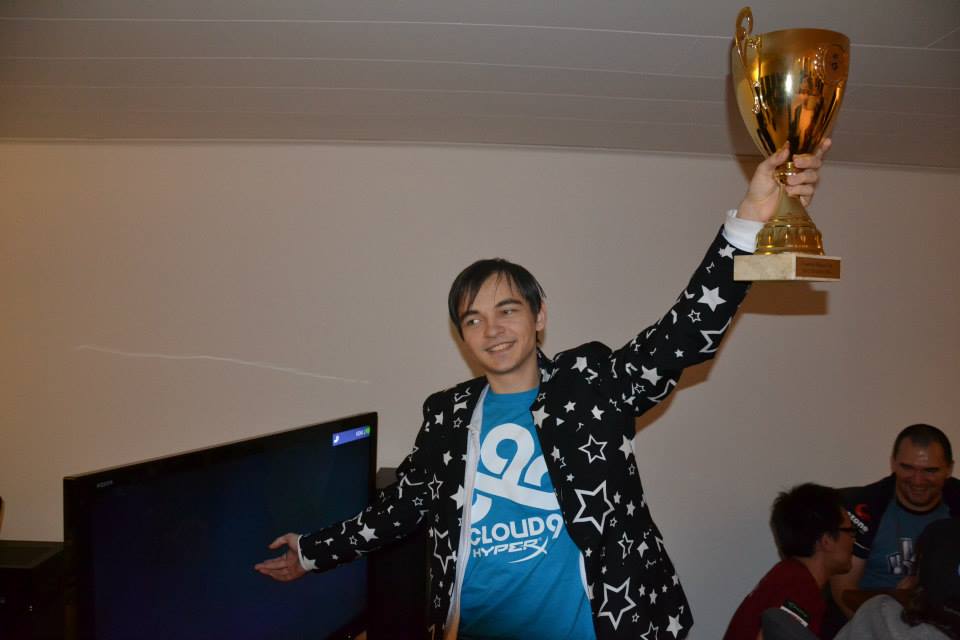 Hearthstone saw just one major tournament in April. So how do you judge which pros are at the top of the game? Consistency. There were plenty of less prestigious tournaments, such as the Kinguin Pro League, that give a solid picture of overall performance. There are also, of course, the top 100 legend rankings and Hearthstone World Championship qualification standings..

This month saw the easiest decision yet for the top spot, as a former king of the Hearthstone scene re-asserted his dominance. Two players from Jason “Amaz” Chan’s Archon round out the top three, and four of the top five make it onto the list for the second month in a row.

Aleksandr “Kolento” Malsh was one of the most successful players of 2014. Winning tournaments like the first Viagame House Cup and DreamHack Winter, he showed impressive consistency nearly a dozen separate events. That consistency has now begun to show itself once again, with Malsh winning five events in the first five months of 2015. This month he took victory at the Gamers Assembly event in France as well as week two of the ESL Legendary Series S2. He also managed to qualify for the Kinguin Pro League playoffs. If he earns just $667 more in 2015, he will have surpassed his prize money earnings from 2014. Not only that, but he moved into first place in the Hearthstone World Championship qualification standings by finishing at No. 10 legend on EU. It is, without question, the most dominant month by a player since we started these rankings.

Another successful month for the reigning world champion saw James “Firebat” Kostesich move up four places since April. Kostesich won the Gfinity Spring Masters II, to add to his Spring Masters I trophy from March, and was runner up at DreamHack Bucharest. He also heads into a tough match up with Malsh tomorrow in the KPL playoffs having finished second in his division.

There was just one major in April, and “Orange” Westberg won it. He took the Seat Story Cup III to join an exclusive club—only he and Malsh have ever won multiple Hearthstone majors. Though he also had disappointing performances at Gfinity and DreamHack Bucharest, joining that elite bracket is enough to ensure he stays near the top of the rankings.

After his first major tournament appearance in the EU vs CN Masters 2, Magic: The Gathering pro Stanislav Cifka made a big statement at DreamHack Bucharest. En route to the title, he defeated this month’s top two finishers Malsh and Kostesich. Despite this big win, he was relatively quiet for the rest of the month. Cifka will have to stay active in order to retain his place in the rankings.

Harald “Powder” Gimre joins Kostesich as the biggest climber this month after a couple of good tournament showings at DreamHack Bucharest and the Gfinity Spring Masters II, finishing in the semifinals of both. Adding that to his success from last month, Gimre has the potential to continue to ascend the rankings.

This year has been a pretty impressive turnout for Jakub “Lothar” Szygulski. Once upon a time he struggled for tournament form but continued to receive invites. Since going full time and becoming player/captain at Nihilum, however, Szygulski has clearly turned a page in his career. A semifinal in Bucharest and a quarter final in Seat Story Cup were his rewards this month, but his performances in the games themselves showed definite improvements.

If you asked any pro players, particularly the Europeans, they could have told you how good Sebastian “Ostkaka” Engwall was. However at Seat Story Cup III, the Hearthstone audience at large were introduced to one of ROOT Gaming‘s remaining stars. A No. 14 legend finish on NA also saw him move to third place in the European Hearthstone World Championship standings.

The babyfaced 15-year-old Liam “lbdutchboy” Brouwer was the underdog story of the Gfinity Spring Masters II, making it all the way to the semi finals. He also managed to take the No. 30 in April’s EU legend rankings to win valuable HWC points.

H2k-Gaming continue to quietly assert themselves as a team to watch in Europe right now, and this month it was the turn of Simon “Crane” Raunholst to lead the team’s fortunes by qualifying for the Viagame House Cup III. He also finished just outside the top ten legend ranks on EU, ending up in the No. 11 spot.