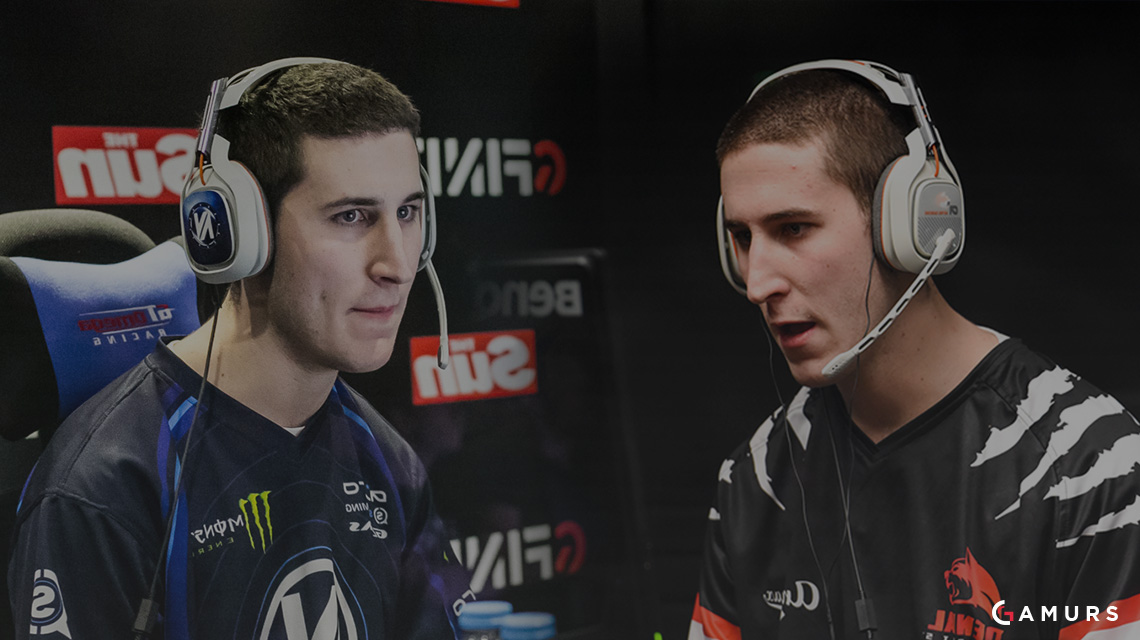 Image via Joe Brady and ESN

Every Call of Duty fan knows his story; one of the most gifted players to touch a console controller, an illustrious seven-year career that continues to flourish and the winningest player, in terms of cash earnings, in Call of Duty history. This is the story of Jordan “JKap” Kaplan.

Dating all the way back to 2010, JKap has been a fixture in the upper echelons of competitive Call of Duty, accruing eight major LAN victories. He captured his first championship back at MLG Columbus 2011 as a member of OpTic Gaming, and most recently, JKap won back-to-back Call of Duty World Championships, propelling his career earnings over $400,000, the most in Call of Duty history.

Over these past seven years, JKap has evolved as both a player and person, which makes him an excellent candidate to speak about not only his career, but Call of Duty esports as a whole. Looking back to Call of Duty®: Black Ops, JKap was widely considered to be the best individual player in the game. At just 17-years-old, JKap had already won his first two Call of Duty championships, and his worst placing in 2011 was a fourth place finish at MLG Raleigh 2011. Additionally, JKap even won the Black Ops BIC Pro Free-for-all tournament held at the 2011 MLG National Championship, further solidifying himself as the strongest player in Black Ops.

Despite all of these impressive accolades, JKap disagrees with the idea that Black Ops was the best Call of Duty game of his career thus far. “I personally think my best game was Modern Warfare 2,” JKap said. “I think it wasn’t really as followed or noticed because Black Ops was the first year with tournaments and LANs all the time. So I think that’s why people say, ‘he was the best at Black Ops’ but I think MW2 was my best [game]. But Black Ops is a close second.”

Beyond 2011, JKap has continued his storied career playing for only the biggest organizations in the game. OpTic Gaming, Team EnVyUs, FaZe Clan and Denial Esports are the only homes JKap has known since Black Ops, and JKap has been playing for the boys in blue since July 2015. Reflecting on his time spent with each of these well known organizations, there are two memories that stick out the most for JKap. “Winning champs with that Denial squad and EnVyUs last year obviously have to be the top two memories of my career,” JKap said. “Nothing can really top that. I’ll always have a special love for those teammates, because that’s just the ultimate goal.”

But, despite winning the past two Call of Duty World Championships, JKap knows that he has changed as a player over the course of his career. Comparing his first championship to his most recent, the 22-year-old New Jersey native said that this can be attributed to the way he looks at or approaches each game. “It’s different, because I’ve grown a lot as a player since then with the way I think about the game and the way I play,” JKap said. “Back in the day, I don’t know if I was more talented or just the way I played, but now I’ve molded to be more of a team player. I think a lot of it has to do with how I’ve changed my mindset.”

In fact, JKap actually has a very unique saying that motivates him to be the best player he can be. “I’ve actually adapted a phrase in my head: ‘I want to be the worst player on my team,’” JKap said. “I’ll always have faith in myself, but if I think I’m the worst player on my team (which sounds kinda bad), then I have a lot of faith in my team if I’m in that spot. It’s definitely different winning without being as talented, but I’m not complaining at all.”

JKap’s unique perspective has obviously led to a very prosperous career; a career that is widely admired and idolized. When a player is as successful as JKap has been for such an extended period of time, he is undoubtedly going to gain fans, whether they are just spectators or other players who one day aspire to reach the same heights as this veteran.

But, JKap actually isn’t completely comfortable with considering himself to be a role model. “It’s definitely different being considered a role model,” JKap said. “I don’t know if I like to consider myself as one. I think it’s kinda weird to look at myself that way, but I’ve also accepted and understand that there are a lot of people and kids out there who maybe look up to me or are fans of me and pay attention to what I do and say. So, I’ve definitely learned over the years that I have to pay attention to what I’m saying. It’s definitely interesting now seeing some of the players who have come up over the years saying that they were fans of me back in the day.”

Role model or not, JKap and EnVyUs are ready for an intense season of Call of Duty®: Infinite Warfare action. The boys in blue got off to a rocky start with a top-12 finish at CWL Las Vegas, in part due to a lack of practice because of Bryan “Apathy” Zhelyazkov’s wedding and honeymoon.

EnVyUs, however, bounced back with a third place finish at CWL Atlanta, before flying overseas the next weekend and earning another top-12 finish at CWL Paris. Placements aside, JKap is really excited about the improvements to Call of Duty in general, especially with the Call of Duty World League, and he actually believes that Infinite Warfare isn’t as bad as some people think it is.

“First off, the improvements to Call of Duty, as far as the LAN league and the CWL, is all great news,” JKap said. “Moving forward with that, it’s big news for Call of Duty. But, Infinite Warfare itself, I think the game isn’t as bad as a lot of people say. I think it has a lot of features that people laugh at, like a lot of people I’ve seen on Twitter who say, ‘what is the grenade that blows up into three? That’s absurd.’ And, you know, I guess it might sound ridiculous to people who have played CoD in the past, but it’s not that drastic of a difference. It’s basically still a grenade and you still have to know how to use it. So, I think the game isn’t as bad as people say, but it definitely has room for improvement. Luckily for us, Infinity Ward actually has been pretty good at patching a lot of the stuff we’ve complained about and told them needs to be fixed. As long as that stays, I think the game will actually be pretty good, even though the public may disagree unfortunately.”

Even though the Infinite Warfare season seems to have a lot of potential, it’s always fun to look even further into the future. With the heavily-rumored return of a boots-on-the-ground Call of Duty title next year, many veterans, like JKap, are excited about the gaming franchise going back to its roots. But, JKap also feels that the removal of jetpacks and advanced movement wouldn’t heavily influence the rankings of the most established teams. “I think CoD is at a point where players are as good as they are,” JKap said. “There’s a slight change from game to game with who’s better and who’s the best, but overall, if you’re good, you’re good. It’s not some crazy rocket science; once you’re there and you’re good, it’s not like you’re learning a whole new language. It is what it is; it’s Call of Duty.”

Even as a player who has seen plenty of success in both traditional boots-on-the-ground and jetpack Call of Duty games, JKap believes that you can’t judge a book by it’s cover. “I don’t know if boots-on-the-ground will be more fun personally,” JKap said. “I think it will be better than Infinite Warfare and Advanced Warfare, but I actually really liked Black Ops III; I thought that game was a lot of fun. So, it obviously depends on how the game plays. You can’t just say, as a blanket statement, ‘boots-on-the-ground is better’; you actually have to play the game. As someone who thinks Black Ops III was really good, I think [next’s years game] will be competition with that, but if I have to guess, I’ll say boots-on-the-ground will probably be more fun, more competitive and more strategy-based, which makes the game better for [the competitive scene].”

Overall, it’s pretty remarkable to sit back and think about everything that JKap has accomplished during his seven-year career. From the aggressive slayer known for his top-notch Famas shot, to a tactically-minded veteran and leader, JKap has been there every step of the way throughout the history of Call of Duty esports. When he thinks all the way back to his humble beginnings, competing in the 2010 MLG Online National Championship, playing Call of Duty®: Modern Warfare 2 on a PlayStation 3, JKap said that he never would’ve thought Call of Duty would be at the point it’s at today.

“There’s no chance I could’ve imagined this,” JKap said. “It just kinda started as something to do for fun and make a little money. When I was 16 or 17, my mom was pushing me to get a part-time job at McDonald’s or one of those teenage jobs. Then I started to make a little more money off of this, so I was like, ‘okay, I don’t need to get another job.’ What this has turned into since then, especially for me winning back-to-back champs, I couldn’t have ever imagined that. It’s beyond my wildest dreams for CoD back when I was 16, and it has definitely surpassed all expectations.”

Even if he couldn’t have imagined it, JKap has had a tremendous career; but he’s not done yet, as Team EnVyUs turns its attention towards preparing for CWL Dallas, which takes place March 17-19 at the Fort Worth Convention Center.