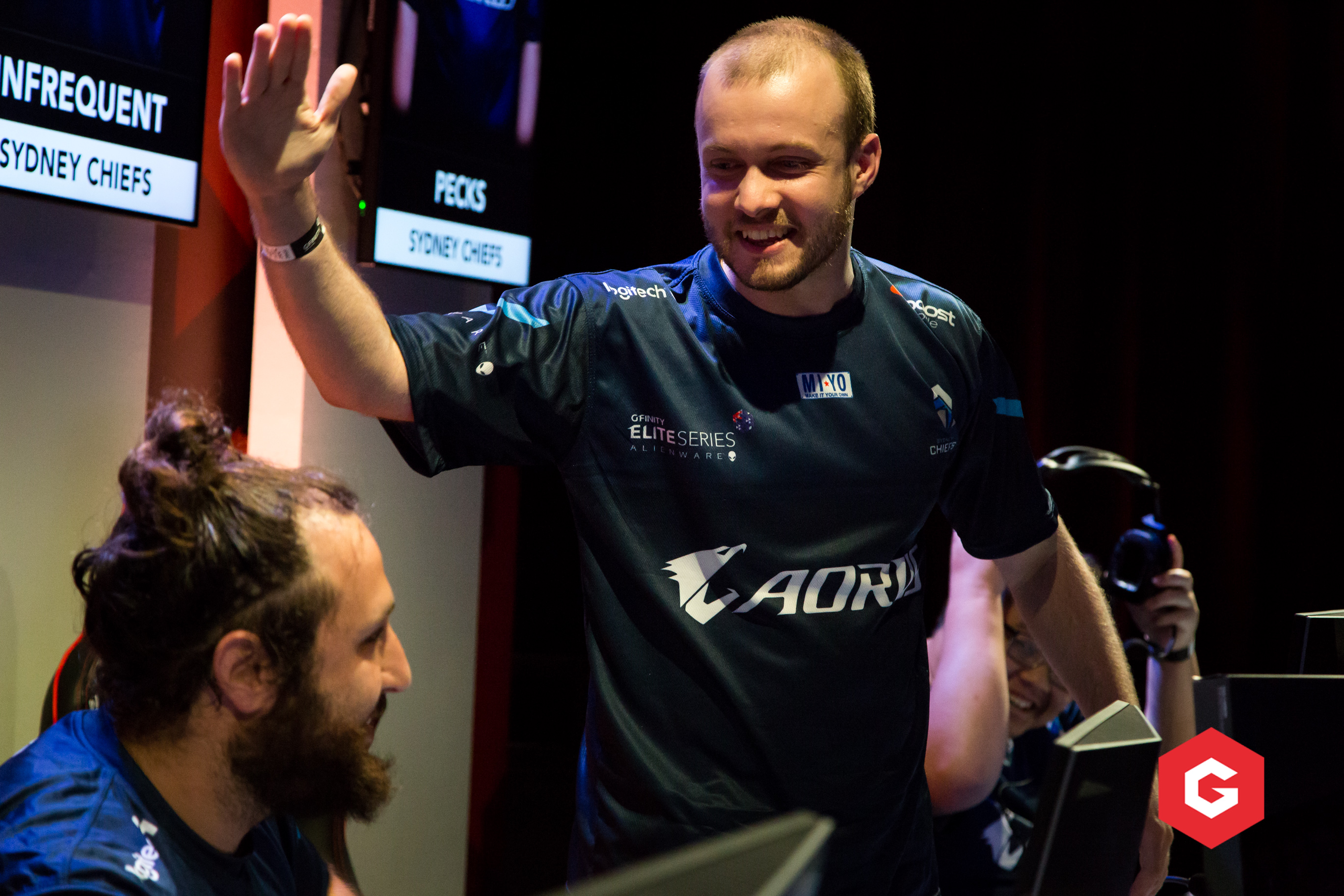 Sydney will go up against Melbourne this weekend at The Gfinity Elite Series Australia.

This is the second season of Gfinity to be held in Australia and it’s definitely grown, with an expanded broadcast schedule and concurrent viewers peaking over 8,000 for the past two consecutive weeks.

All six clubs were competing last week and now just three clubs remain, two Sydney teams and one Melbourne team. These teams will compete across Counter Strike: Global Offensive, Rocket League, and Street Fighter V. Sydney Chiefs, Sydney Roar, and Melbourne ORDER will clash for the final time this weekend, battling for a share of the $225,000 prize pool and being titled “the home of Australian esports.”

Sydney already has one title in the bag with Chiefs and Roar facing off for the Rocket League championship. Melbourne will have to take wins in both CS:GO and Street Fighter V—no easy feat, but ORDER did win all three titles in season one.

Despite having an all-draft team, Brisbane Deceptors sat at the top of the Rocket League ladder heading into the finals and only just fell short last week. The talent fostered throughout the second season of the Gfinity Elite Series Australia has proven the local grassroots scene is competitive, and able to mix with the pros. CEO of Gfinity Esports Australia, Dominic Remond, believes it won’t be long until the underdogs stake a claim on trophies.

“We’re proud to see the mix of clubs in the finals. It really displays the hard work we’ve put in to develop the skills of each of these clubs,” he said in a press release. “It’s exciting to see a healthy mix of newcomers and veterans in our player base. Week to week, season to season, results are changing, making for fresh and entertaining viewing.”

While not all clubs are left represented in the remaining games, Gfinity Esports Australia is very pleased with what lies in store for the grand finals. “At the end of this weekend, we’ll have settled the debate as to which city is the home of esports; Sydney or Melbourne,” Remond said.

While that is a nice sentiment, we have a feeling the folks over on Twitter will keep the argument running well into season three of Gfinity and beyond. If all else fails, we could always meet in the middle and call Canberra the home of Australian esports, it kind of worked before, right?

The season two finals will be played live in the HOYTS Gfinity Esports Arena in the Entertainment Quarter, Moore Park, Sydney. Tickets for the matches are available on the Gfinity Esports website. All the action will be streamed live on Gfinity’s Twitch channel and other platforms, with video on demand available afterward. Rocket League will be watchable from 11am AEDT on Sunday at 10Peach.