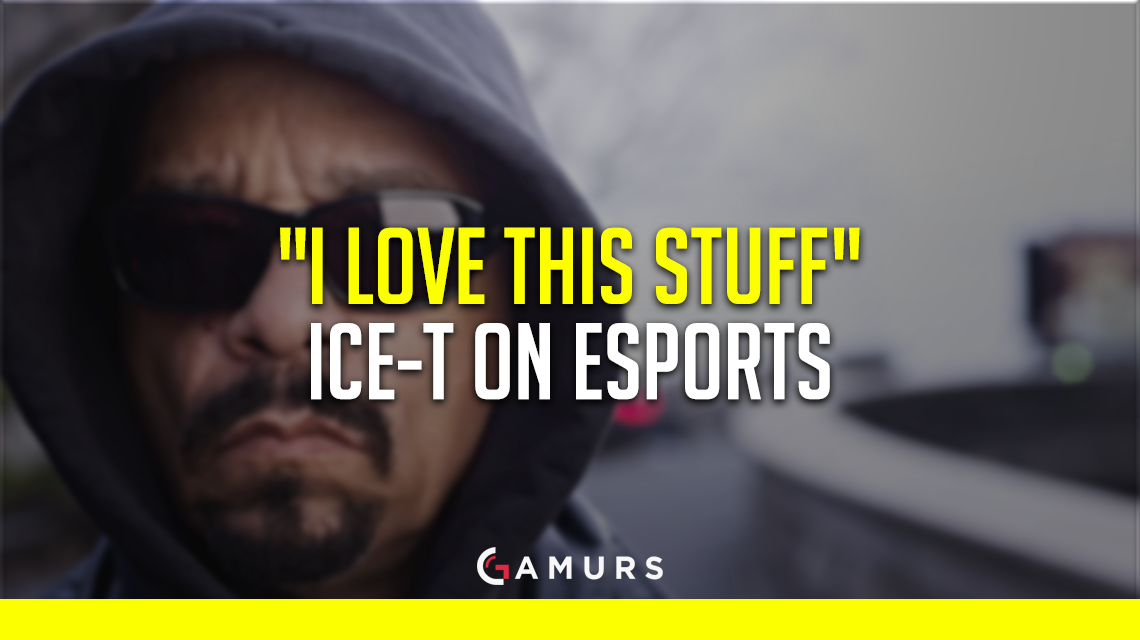 Ice-T was seen filming something, presumably for ESL, at ESL New York and he had a few things to say about esports, and apparently his new favorite squad, Team Liquid.

“I love this stuff… I f****s with it in a real way, you need to to,” he told those who were watching live and the viewers watching the video.

He also touched on the exciting matchup that was Team Liquid and Fnatic.

“Just got finished watching Team Liquid whoop that a**. Fnatic you had the lead right, and then you got shot, triple kills, all kinds of crazy s**t went down.”

Maybe he is not quite analysis desk ready, but he is yet another member of the mainstream media to get involved with esports. He joins a long list that includes former NBA player Shaquille O’Neal, the Philadelphia 76ers and the owner of the Milwaukee Bucks.

He finished off his little speech by saying, “It’s ESL, Electronic Sports League, It’s going to get nothing but bigger… and don’t f**k around with Liquid ’cause they gonna bust that a**.” You can watch the full video here, and as a warning the video is uncensored and it does contain language that some may find unsuitable.

What do you think of the continued mainstream interest in esports? Will it be sustained? Let us know in the comments below or tweet us @GAMURScom.