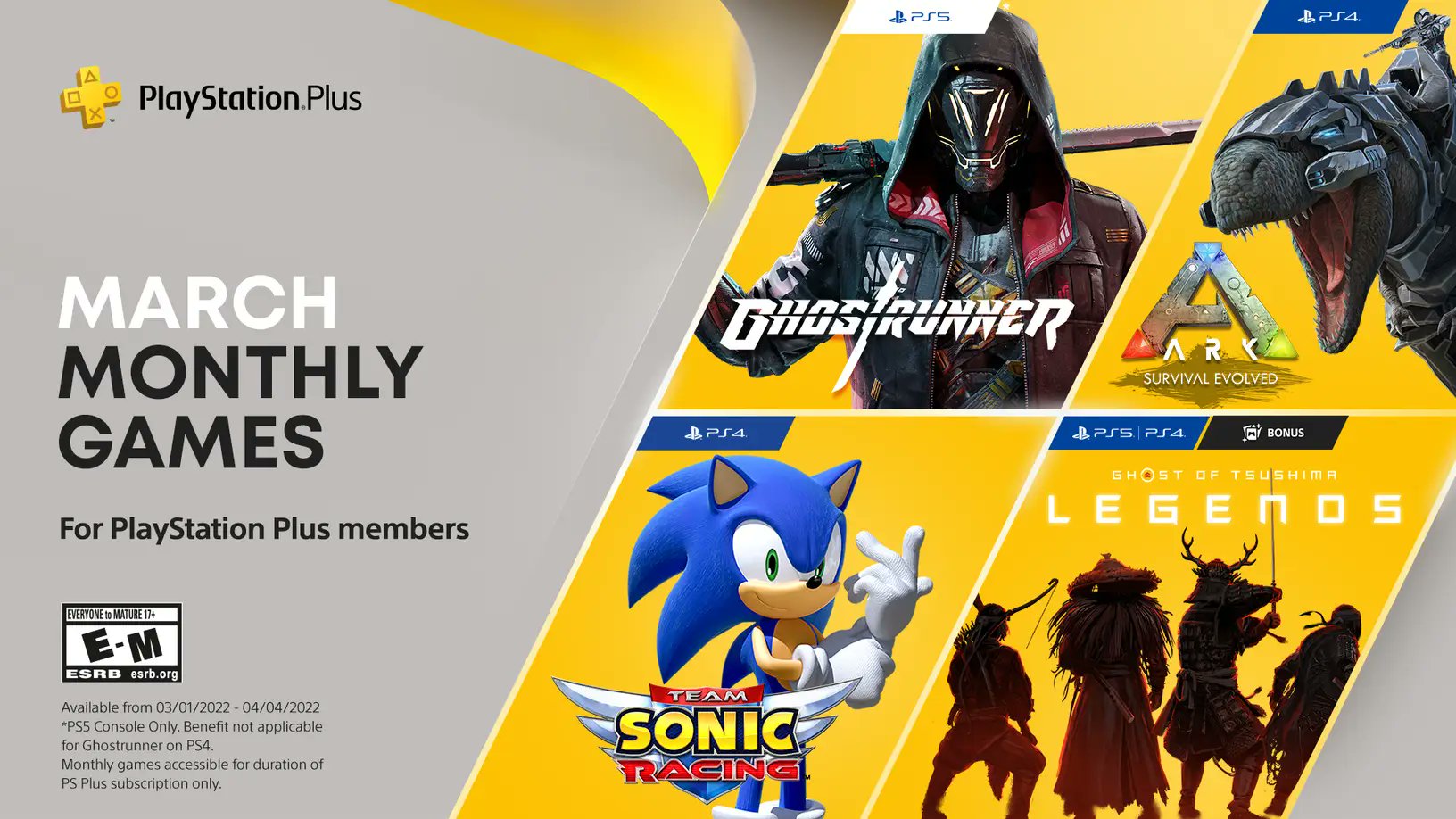 Ghostrunner, Ark: Survival Evolved, Team Sonic Racing, and Ghost of Tsushima: Legends will be the games available for PlayStation Plus subscribers in March.

These games will be available to download from March 1 to April 4. They’re going to replace EA Sports UFC 4, Planet Coaster: Console Edition, and Tiny Tina’s Assault on Dragon Keep: A Wonderlands One-shot Adventure, which were the three titles from February. If you’re a PS Plus subscriber and have not downloaded them, you can still do so until Monday, Feb. 28.

Ghostrunner is only available to PlayStation 5 owners since the PlayStation 4 version wasn’t included in the selection. The three other titles, though, are playable on both current-gen and old-gen consoles.

Even though PlayStation included Ghost of Tsushima: Legends as a bonus for PS Plus March, the game will not be available to everyone. PS Plus subscribers who already own a digital copy of Ghost of Tsushima: Director’s Cut won’t be able to download the game.

The PS Plus service has existed for more than 10 years and is similar to Microsoft’s Xbox Gold subscription. When a PS Plus subscription is activated, it allows PlayStation owners to play games online, while also having the possibility to redeem a selection of games each month for free. Players continue to have access to the PS Plus games they downloaded while their subscription remains active.