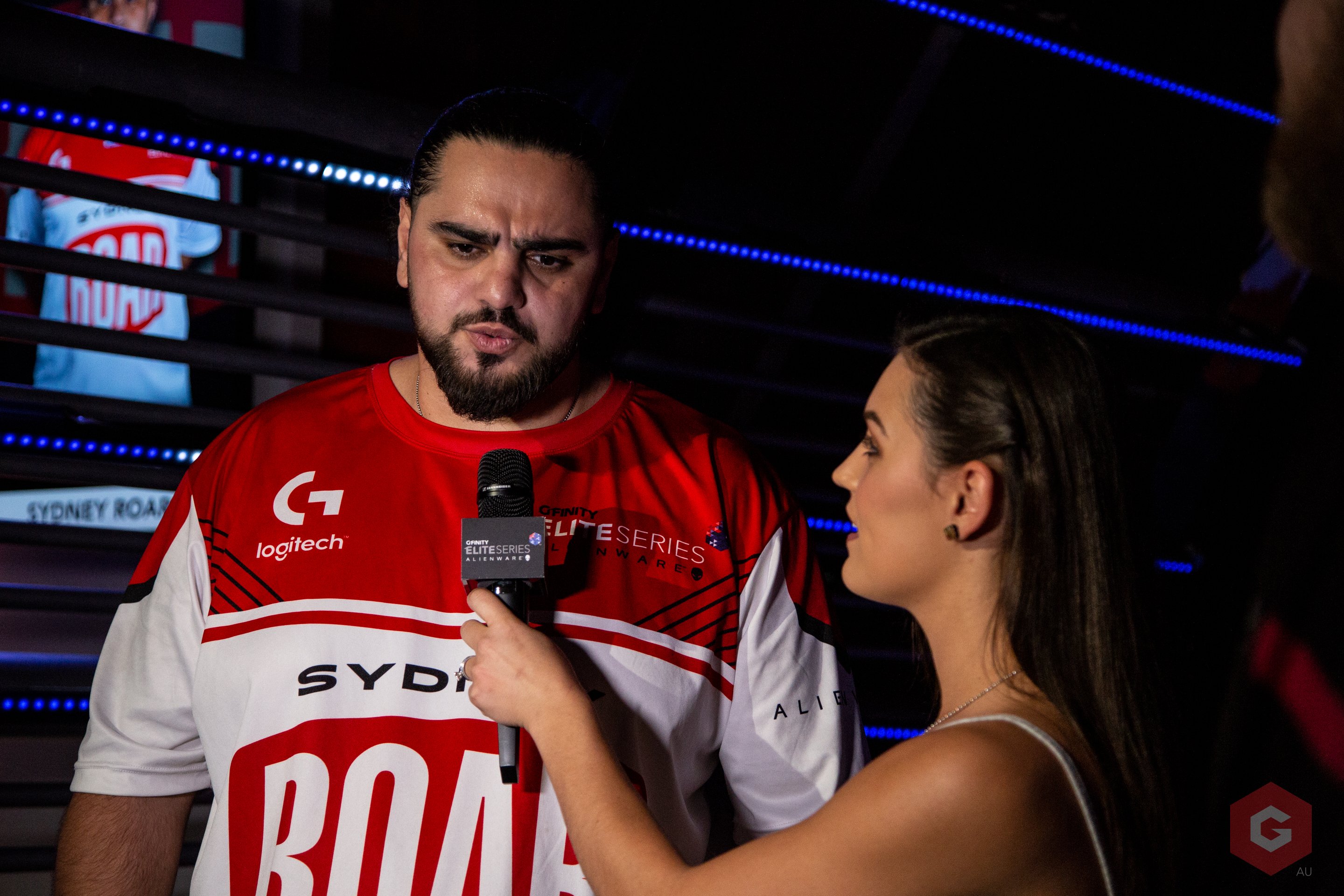 This past weeked saw Season 2 of the Gfinity Elite Series, presented by Alienware, kick off at the HOYTS Gfinity Esports Arena. Interstate rivalries were reignited and ANZ esports talent was on full display across all three titles; Rocket League, Street Fighter V, and of course, Counter Strike: Global Offensive.

Familiar legends from the ANZ region along with a total of 48 new faces took to the HOYTS Gfinity Esports Arena on Saturday and Sunday. With another $225,000 on the line, the next seven weeks are set to deliver some serious esports action. Here’s a recap of everything that happened in week one.

Last season saw Melbourne Order claim the championship across all three titles and the Season 2 opening weekend nearly had the same result. Melbourne Order came out swinging to take an early lead. Taking out Azad “TopGun” Orami’s Sydney Roar 16-3 in CS:GO. In Street Fighter V the villains of Season 1 proved they still own the stage, taking the series 4-1. The only game Melbourne Order failed to pick up a week 1 win in was Rocket League, dropping the series 3-1.

Melbourne Order had their full strength CS:GO roster on display for the opening weekend and came out with a dominating 16-3 performance over Sydney Roar. While Sydney Roar had added some talent to their roster with the likes of TopGun, they were unfortunately no match for Melbourne Order’s all-star lineup.

Perth Ground Zero found a similarly dominant victory over Sydney Chiefs, taking them down 16-2 with fierce precision. The last game of the day saw Brisbane Deceptors and Melbourne Avant locked in tight competition, but it was the endurance and end game experience that lead Melbourne Avant to a 16-13 victory. It is only early, so there is still plenty of time for teams to find their strengths and hold their own in the competition.

After dominating in CS:GO, Melbourne’s weak spot in week one seemed to be Rocket League, with both Sydney teams picking up wins. Sydney Roar’s squad managed to the start off the season by taking down the reigning champions, Melbourne Order, with a strong 3-1 victory. Brisbane Deceptors also put on a coordinated display with a 3-1 win against Melbourne Avant, even putting through six goals in a single game. The Deceptors are definitely pipped as the ones to watch over the course of Season 2.

Perhaps the most well-known Rocket League Team in the region, the Sydney Chiefs had one of the closest matches of the week against Perth Ground Zero. The series went the distance and even into overtime in match five. The resolve of Sydney Chiefs ended up finding the impactful final goal and snatched the victory 3-2. Both teams were evenly matched, making for an incredibly exciting series.

Last season Street Fighter V was Melbourne Order’s final test, but in week one it was their most decisive win. Unsurprisingly, fan favorite players ROF, TravisStyles, and Bug returned to the stage to show Sydney Roar that the resident villains of SFV are still in charge. Despite Roar taking an early round win, Order’s Ibuki and Balrog play flattened everyone Roar sent after them, claiming the series 4-1.

Season 1 runners-up, Melbourne Avant, also showed they’re a force to be reckoned with for Season 2. Taking out Brisbane Deceptors 4-1. Sydney Chiefs held their own this week endgame, with Bksama, ZG and Somniac managing to narrowly get the edge over Perth Ground Zero’s Syo, all-star and Rupps, winning 4-2.

Last week Gfinity Australia announced an expanded broadcast for Season 2. For the first time ever, tune in on Twitch, YouTube, Twitter, and Facebook to watch every game live. CS:GO kicks off at 3pm on Saturdays, with Rocket League starting at 11am Sunday, and Street Fighter V at 4pm Sundays. Rocket League will also be live on Network Ten’s Eleven from 11am-1pm every Sunday. All times are in Australian Eastern Daylight Time (AEDT).

Additionally, all of Season 2’s games will once again be played live in the HOYTS Gfinity Esports Arena in the Entertainment Quarter, Moore Park, Sydney. Tickets for all matches will be available in the coming weeks on the Gfinity Esports website.