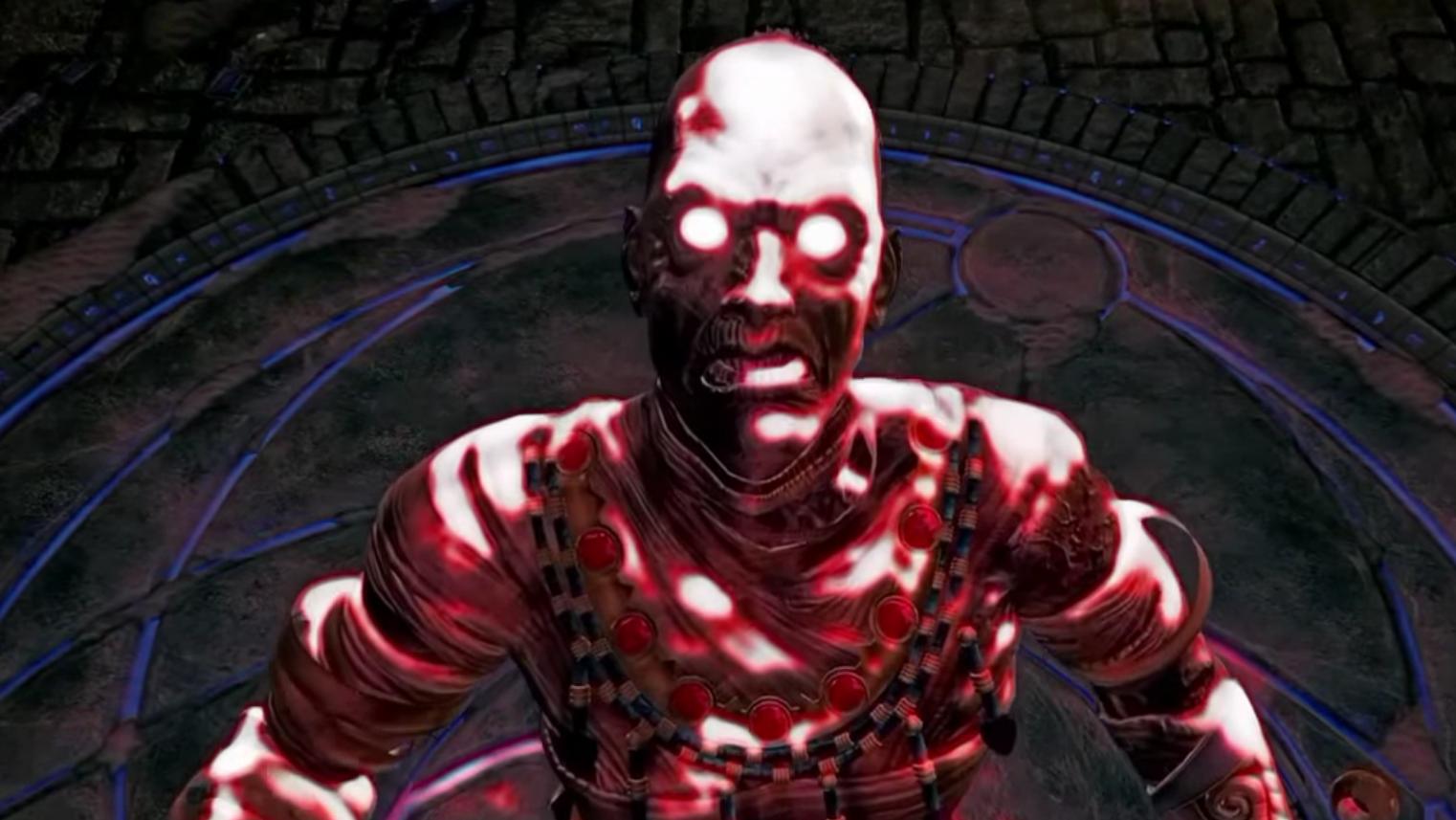 For all of the hype and grandeur of Evo’s final day, the wildest moment of the year’s biggest fighting game event may have come midway through.

While most tournament finals were held on Sunday, finals for Super Smash Bros. Wii U and Killer Instinct were held Saturday, with the latter game getting primetime billing. Those who missed it also missed out on the wildest comeback in the game’s competitive history.

Players “Sleep NS” and “My God” were facing down in a battle for positioning in the top eight. Midway through the first set in their match, My God’s Sabrewulf erupted with a strong burst of damage that dropped Sleep NS’ Kan-Ra to barely a visible sliver of remaining health. The set was seemingly over.

But rather than go in for the kill, My God chose to hang back and let the clock run out. For over a minute of real time prior to when the clip below begins, he waited patiently. Then, things slowly began to unravel.

With the pressure of the moment mounting, My God simply couldn’t sit still and let the victory come to him. He had to press, making him vulnerable to Sleep NS’ sneaky attacks. From there, all it took was a couple of well-timed back dashes from Sleep and a panicked attempt at escape from My God to turn the tables entirely.

The crowd’s reaction tells you everything you need to know, as does the reaction of My God, who looks as though he is need of some serious consolation. But after watching him attempt to play the timer rather than finish off his wounded opponent, audience members were far more interested in celebrating than offering a collective pat on the shoulder.

My God wouldn’t recover from the mistake, ultimately dropping the match to Sleep NS, who would go on to place third.

It just goes to show, if you’re going to undertake a seedy strategy in the name of victory, you had better commit to it. Otherwise you might just end up the victim of the next Evo moment.