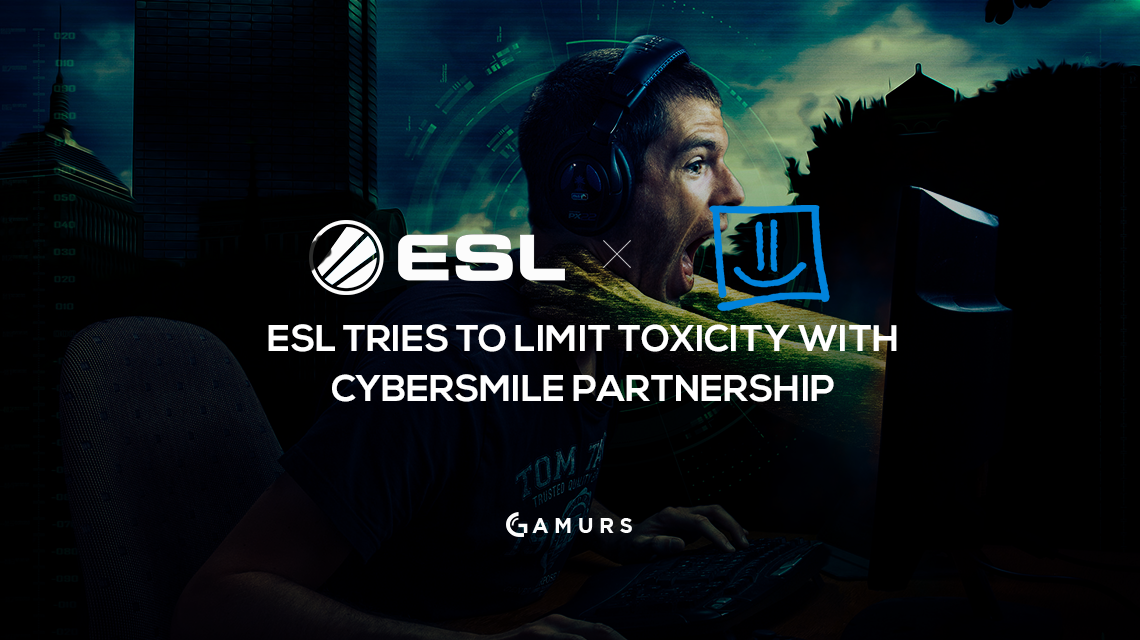 ESL announced their partnership with Cybersmile earlier today, in an effort to eliminate toxicity and abuse in the esports world.

Cybersmile is a company established in early 2015 who has been dealing with the problems of online abuse and bullying in the competitive gaming world. The new partnership with ESL will benefit Cybersmile in that they will be able to reach a broader audience and get the word across to more people than before. They will also be featured at ESL events in an effort by both parties to get more people involved in the cause.

The announcement specifically mentioned that the issues of hate speech, racism, misogyny and homophobia will be dealt with through this.

“Everybody at ESL is delighted to start working with Cybersmile within this exciting new partnership,” said Craig Levine, CEO at ESL America. “Their mission to equip vulnerable gamers and support players needing help with the necessary tools and advice sits perfectly with ESL’s commitment to fight toxicity and cyberbullying in esports and gaming. Exciting times ahead.”

“Becoming the official charity partner to ESL is a perfect fit for Cybersmile,” added Dan Raisbeck, Co-Founder of The Cybersmile Foundation. “Being able to engage with millions of gamers and the gaming industry as a whole in such a direct way is going to have a huge impact on our mission for truly diverse and inclusive gaming and esports environments.”

Do you think that Cybersmile will be able to help put an end fo cyber abuse? Let us know by commenting below or tweeting us @GAMURScom.