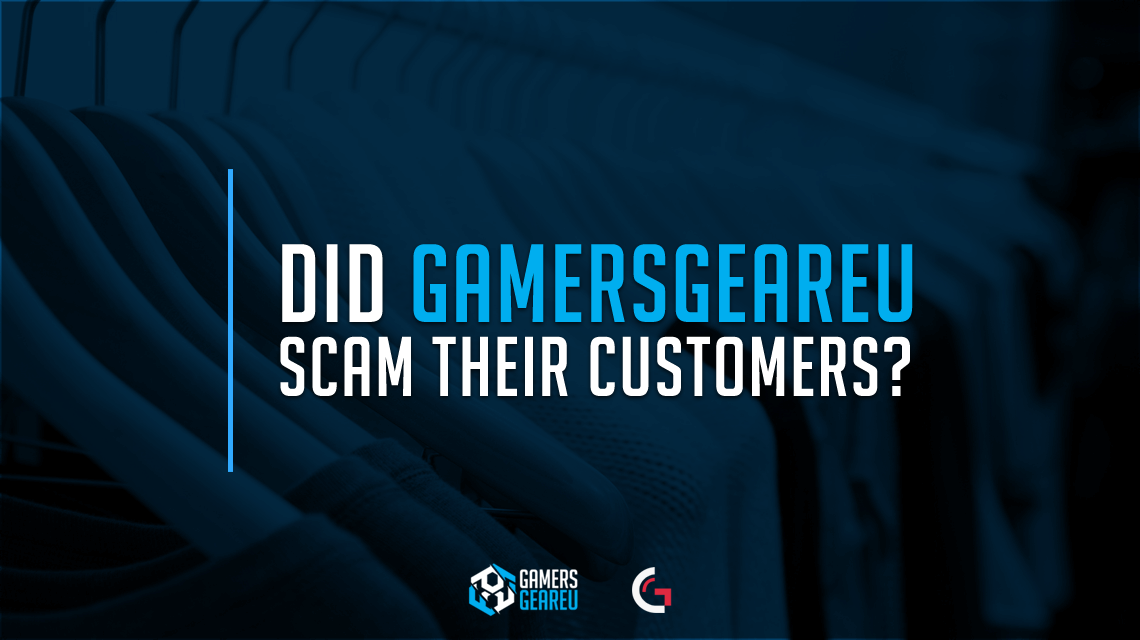 The competitive scene is filledwith thousands of entrepreneurs hungry to make their mark in theesports market. With a growing industry that has shown no signs ofslowing down, businesses everywhere form from almost nothing andthose that are lucky blossom into solidified businesses that trulymake a mark in the scene.

However, in order for thesebusinesses to blossom, the community’s trust is necessary.Everyday, I am amazed by how fans give so much trust to companiesthey do not fully know about. Although this does say a lot ofpositive things about today’s generation of gamers, this trust inmany situations gets taken advantage of by those with maliciousintentions.

Recently, a gaming clothingcompany by the name of GamersGearEU, who was pretty popular andtrusted in the scene, has closed their site and deactivated theirTwitter. Although closing a store is completely up to the owner,several organizations have stated that they placed orders beforethe site closed and have not received their money back norhave they received any messages from the owner.

Me: “Hey, I’m writing an article on theGamersGear situation and I just wanted to know if you can give mesome more details on the situation.”

Spawn Killed: “Negatives: 1) It was very hard tocommunicate with the staff or owner, most cases I would not get aresponse for a week 2) They never sent us files for the jerseydesign we ordered after asking repeatedly for the files. They hadsaid they would send it but never would. We paid $75 total for thepackage that included a jersey design. 3) We had paid “hostingfees” of $8 per item for putting new apparel up on the store threetimes for three different products and none of those products evermade it up on the store”

Here is also a picture of SpawnKilled attempting to contact GamersGearEU several times prior totheir shutdown.

Me: “Hey there, I am a writer for GAMURS andI am writing an article about GamersGearEU’s recent scam. I see youwere affiliated with them and I wanted to know if you were scammedby them, and if so, can you give me some details on thesituation?”

Vixen:“We paid £30 and after a week and ahalf of no replies to emails, we began to get suspicious. They thendeleted their website and social media after two weeks. I onlymanaged to get a refund due to another person who got scammed knewthe cousin or something through Facebook and then she reached outthrough there and demanded a refund.”

Although most only have badthings to say about GamersGearEU, an organization by the name of LethalEnergy had this to say when I interviewed them.

Lethal Energy: “We had quite the opposite experiencewith GamersGear in fact. We were supplied excellent products,speedily and at a very affordable price. The owner was always onhand to speak in DM or on Skype and always was a nice guy andquickly dealt with all issues. I was surprised to see they hadfolded as the supply was coming from China, and they were making ahealthy mark up on profits. (I know the supply came from Chinabecause one item I received had the delivery receipt inside). Theowner paid £6.00 for the item and delivery to his Chinesesupplier, and I paid a fair £29 for my jersey. I do know theguys name but I do not feel that it is my place to share that withyou as I do not see any “scam” taking place. I see he obviously didnot make enough profit or sales to sustain his business and decidedto fold.”

Since GamersGearEU, as well asits owner, are no longer reachable on social media, I could notinterview to get their side of the story.

Holding double standards andslacking on payments is enough to prove that GamersGearEU is acrooked company, adding on the fact that many who have placedorders prior to their shutdown still have not received theirpayments, which means that serious actions need to be taken in thissituation.

Hopefully this problem getsresolved soon but to avoid further problems, please make sure youalways know who your doing buisness with. Shopping online is a veryconvenient way to purchase what you want, but it is the perfectopportunity for people with malicious intentions to take advantageof your trust and hurt you.

What do you think about thisGamersGearEU situation? Let me know in the comments sectionbelow.