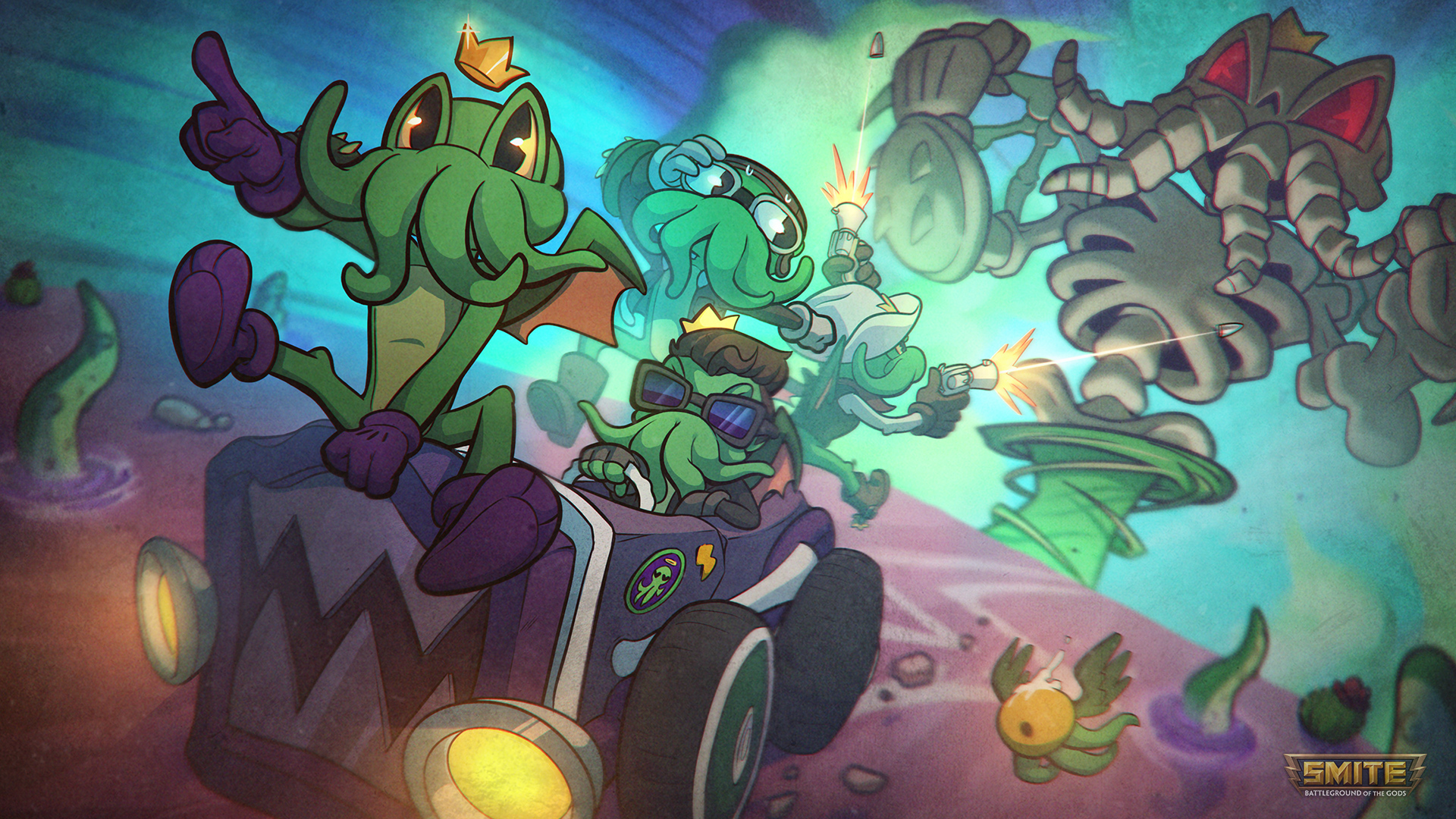 If you don’t have any plans this weekend, then perhaps you can try a tasty bowl of Cthuloops, only available in Smite.

Unfortunately, Cthuloops isn’t a real cereal, but instead a metaphor for a delicious Gem Sale event. The Smite team dropped a trailer earlier today where Cthulhu brainwashes various people around the office into participating in this Gem Sale.

The event is likely Cthulhu-themed to help generate hype for the new Toon Mania Cthulhu skin coming in the near future as the upcoming Odyssey reward. The Cthuloops event centers around a Gem Sale that will give you up to 33 percent off specific Gem bundles.

In addition to the stellar Gem discount, the Cthuloops event includes a weekend worth of increased rewards. From Aug. 20 to 22, players who are in a party will be able to earn twice as much Favor, Worshipers, and XP after each game.

At the risk of sounding like a commercial, it’s worth noting that now would be a great time to buy Gems if you plan on obtaining the Toon Mania Cthulhu skin. The number of Gems you’ll need to obtain the cosmetic will probably be higher than you’d like, but the Gem discount can help with that.

You can hop into Smite to snag some discounted Gems right now.