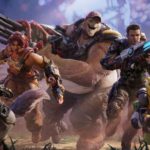 Amazon Game Studio’s new free-to-play third-person team shooter, Crucible, hit Steam on May 20. Though Steam servers were able to keep up with the huge influx of new players, fans of the game were greeted with two errors while trying to get into Crucible.

The errors “Login_Timeout” and “Loadout_Set_Fail” are both server-side problems caused by the demand for the game. The unexpected number of players trying to login eventually caused Amazon’s server to reach its limits.

The error Login_Timeout looks to be the more common of the two and usually appears while players are trying to log into Crucible. It prohibits players from getting into the game which can end up being frustrating if you were looking forward to experiencing the new team shooter.

Loadout_Set_Fail, on the other hand, affects the players who are already in the game while usually occurring during the character picking stage of the tutorial.

Though you can’t resolve the issue on your own, Crucible’s devs acknowledge the issue and assure the community that they were doing the necessary research to fix the issues. If you’re still eager to get into the game, trying to log in constantly while hoping a spot opens up for you seems to be the only option.

Server issues such as these are to be expected with every new game release since it’s difficult to expect the actual turn-out during the development stage. Other big patches and content updates, in the future, can also cause similar issues by bringing in more players.