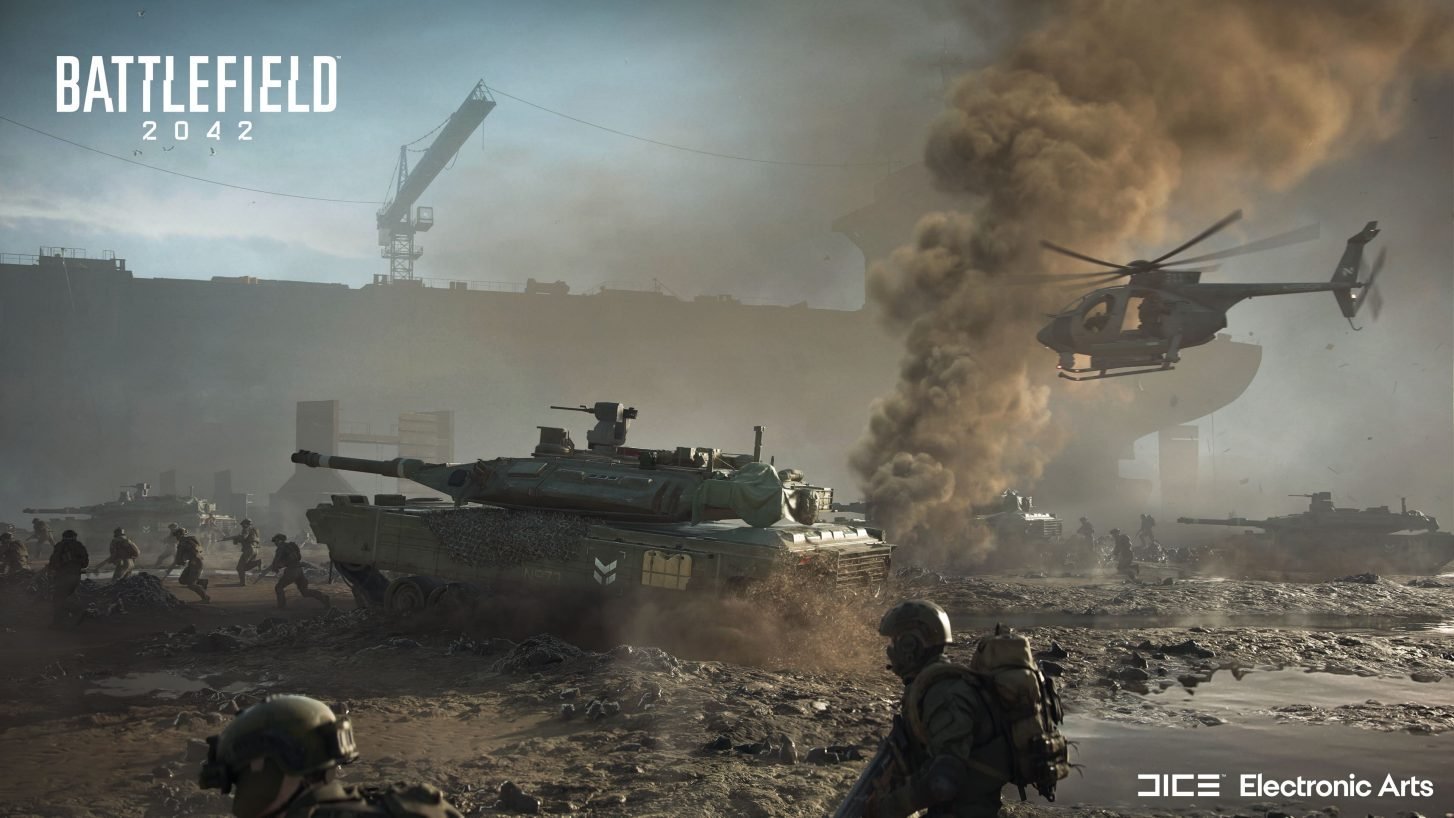 The near future looks totally epic.

Battlefield 2042′s gameplay debuted during Microsoft’s 2021 E3 conference today, and the hype is now at an all-time high for the next entry in EA’s long-running first-person shooter series.

The action looked fittingly Battlefield-like and is set in the near future of 2042, so the technology is realistic yet slightly futuristic. It features vehicles, grappling hooks used to climb a giant crane, a massive sandstorm, and much more. The trailer is incredibly over the top.

The level of detail is at an all-time high, with buildings crumbling underneath the sheer power of a tornado. That’s before an awesome reveal showing players changing their weapon attachments in real time, a new feature.

There’s likely going to be more Battlefield 2042 shown at EA Play later this summer, but for now, this taste of gameplay will likely have the franchise’s fans foaming at the mouth for more.