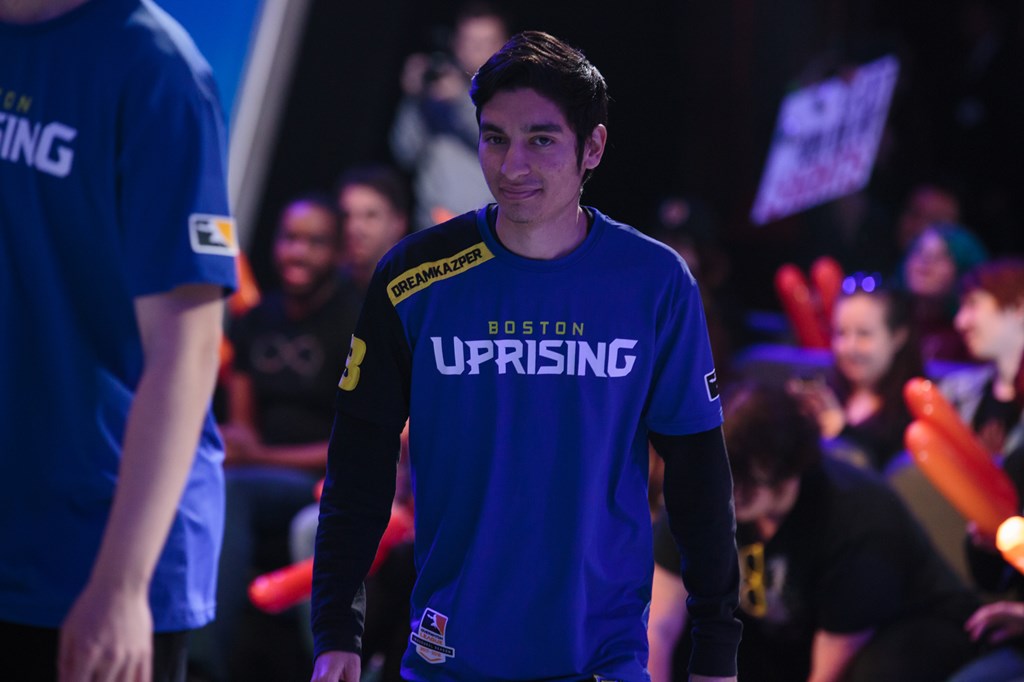 Boston Uprising are now the top ranked Western team in the Overwatch League.

Today they swept Houston Outlaws, vaulting them above Houston in the standings—they also jumped the Philadelphia Fusion thanks to a stronger map differential.

Outlaws never knew what hit them as Boston trounced them from every angle, playing a dive composition that had somehow learned to pick apart Houston’s trademark anti-dive style. Uprising also showed versatility, taking a page out of Outlaws’ book and using their favored Junkrat pick against them. Boston capped off the series by doing something no other team has done the OWL: Beat Houston on Junkertown. The map is a playground for Houston and Jake Lyon’s Junkrat, but Uprising had the answer today, and his name was Jonathan “DreamKazper” Sanchez.

Today was a statement game from DreamKazper, who must now be considered among the best flex DPS players in the league alongside Seoul Dynasty’s Kim “Fleta” Byung Sun and London Spitfire’s Park “Profit” Joon Yeong and Kim “Birdring” Ji Hyeok. DreamKazper dominated every map of the series, showing his prowess on a variety of heroes. He outsniped Jiri “LiNkzr” Masalin, who entered the series as statistically the top Widowmaker duellist in the league. DreamKazper’s Dragonblade dripped with Outlaws blood when he played Genji, he obliterated Outlaws as Pharah, and his Roadhog hook accuracy reached insane levels.

There are a lot of great DPS players in the league, but DreamKazper’s consistency on a wide range of heroes places him among the league’s very best performers this season—which is an impressive feat for a youngster who had never played on a world class team before OWL.

That’s really the story of most of the Boston Uprising lineup—few expected them to land in the top half of the standings, much less challenge for the top spot. But the stellar play of players like DreamKazper, combined with solid coaching, has made the Uprising a true contender.

Boston Uprising are now 14-8 with a +14 map differential, sitting at fourth in the overall OWL standings ahead of every team except the three fielding all-Korean lineups. They’re only one game behind the London Spitfire and Seoul Dynasty, and look comfortable playing their own style heading into the stage three metagame. It’ll be tough to stave off teams like Philadelphia, Houston, and the Los Angeles Valiant, and even tougher to climb above the Korean lineups. But the Boston Uprising are living up to their name.