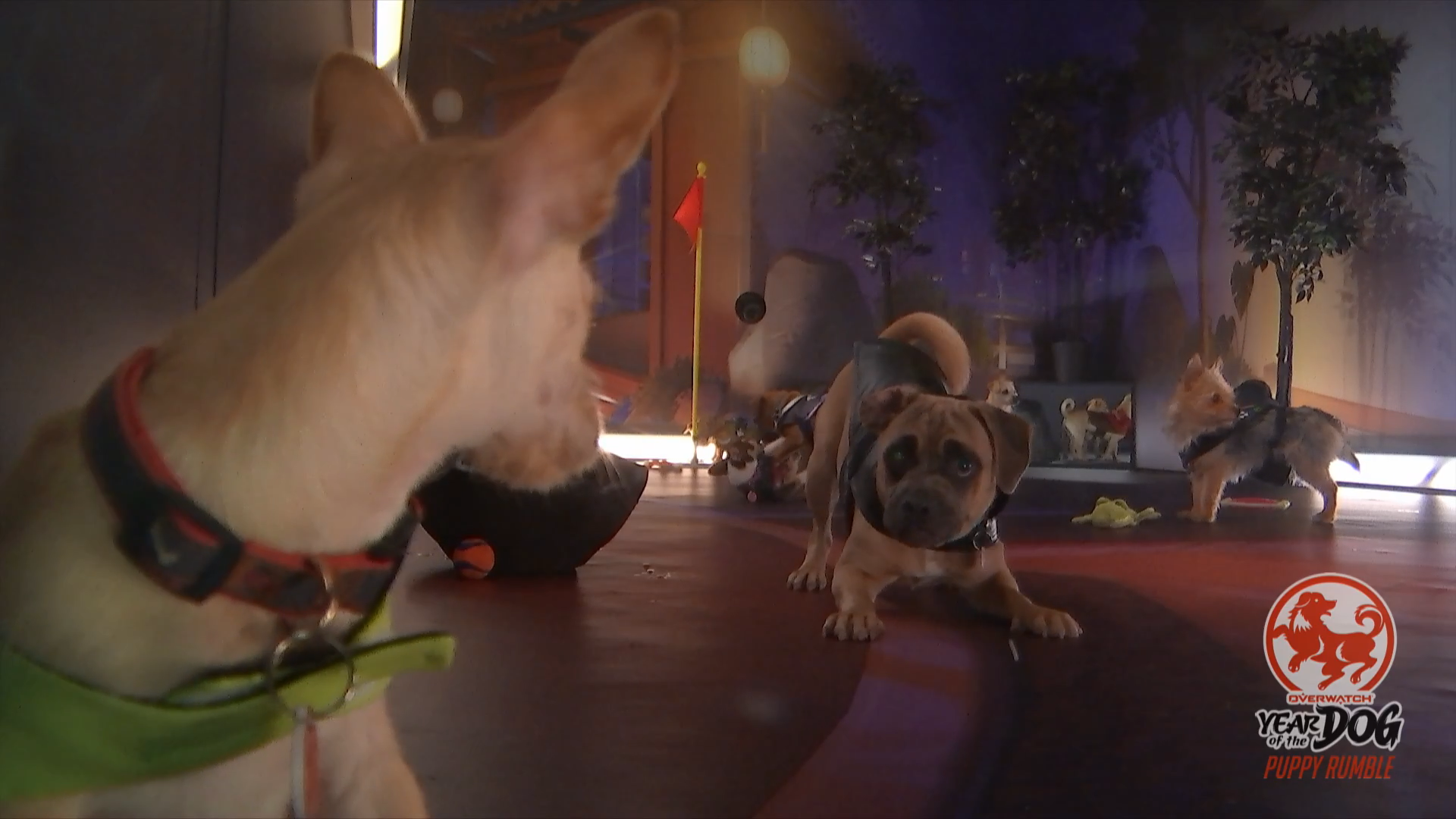 A chorus of woofs fill the stadium as 17 puppies stroll into the battleground. No, this isn’t the Overwatch League. It’s Overwatch’s Puppy Rumble.

Much like Animal Planet’s Puppy Bowl, the Overwatch Puppy Rumble brought together a whole bunch of puppies for some adorable chaos.

Each puppy donned an Overwatch identity on Feb. 19, where they competed in a friendly Capture the Flag game. Overwatch League casters Christopher “MonteCristo” Mykles and Erik “DoA” Lonnquist provided commentary.

It’s part of Overwatch’s Year of the Dog celebration, but it’s not only for fun. Each of the puppies were adoptable through partnerships with Petfinder, Wags & Walks, Paws Atlanta, and Austin Pets Alive. Most of the puppies that participated in the event have been adopted, but four still need homes.

Malik, the Pit Bull Terrier, is available in Austin, Texas through Austin Pets Alive. In Atlanta, Brenda the German Shepherd mix, Scorpio the Labrador mix, and Kurt the American Staffordshire Terrier all are looking for homes through PAWS Atlanta. But things are looking good for these puppies. The Overwatch Puppy Rumble page is tracking views and clicks—more than 240,000 page views and 4,856 puppy clicks.

A ton of people have looked at these very good boys—and hopefully the last four find their homes quickly.