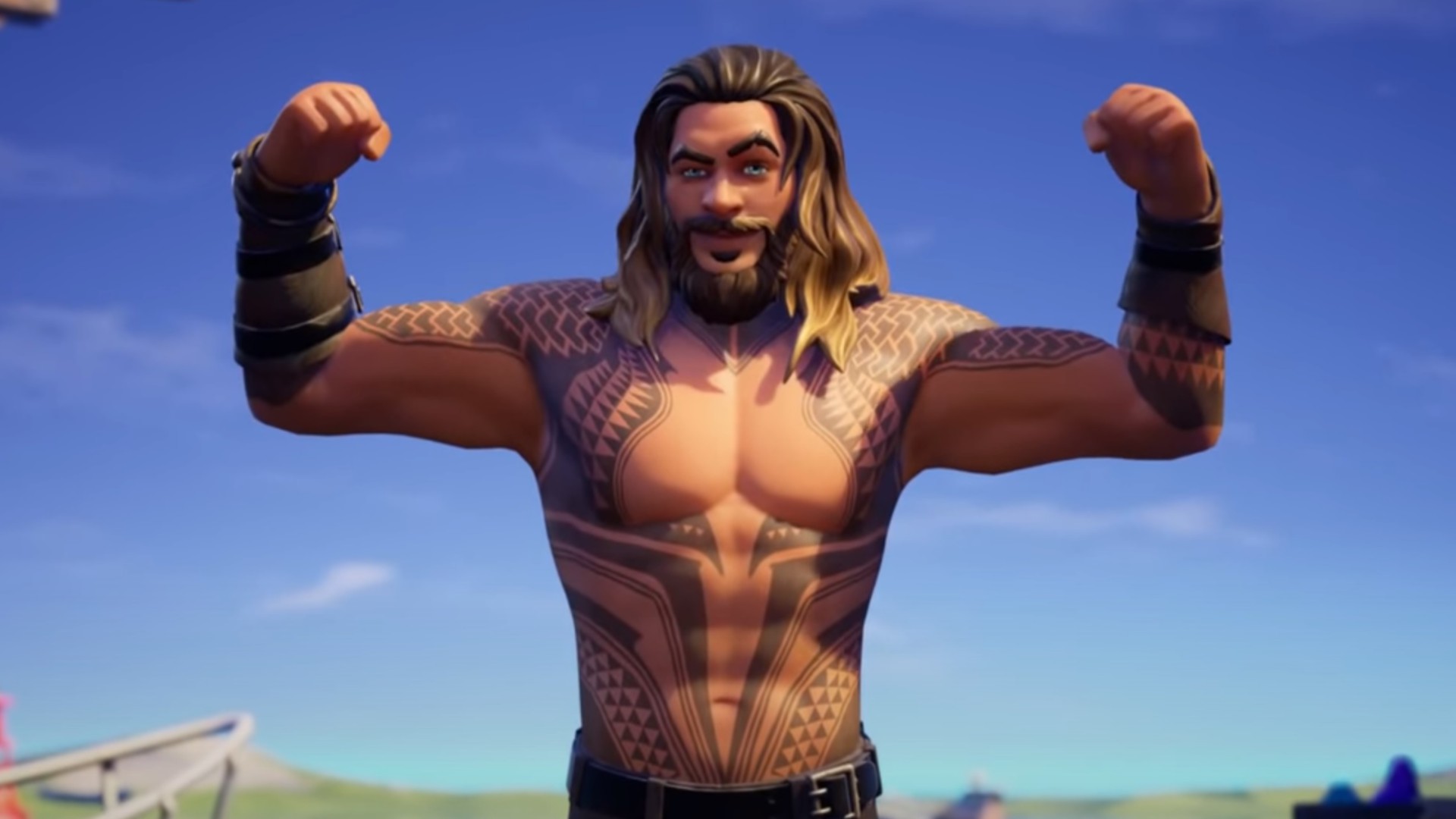 A big, buff, burly, and long-haired Aquaman skin inspired by Jason Momoa is making its way to Fortnite in a future patch.

To unlock the skin, players must first complete a set of challenges. The next challenge on the list involves a trident at Coral Cove.

To claim your trident at Coral Cove, you’ll have to make your way to the very southwest part of the map. You can do this by parachuting out of the Battle Bus, taking a boat, or swimming. Above Sweaty Sands, on the left-hand side of a maelstrom, a small selection of islands can be found.

In the top-left square of the map and the square directly to the right of it, three islands—or more accurately, rocks—can be found, each with a golden trident.

To finish the challenge, simply swim to the islands and press E on each of the tridents. After interacting with the last trident, you’ll be met with a big, golden toothed shark.

Once you’ve done that, feel free to leave the game and get on with your next challenge.

The claim your trident at Coral Cove challenge will be available on Thursday, July 16. The tridents, for now, won’t appear in the game.