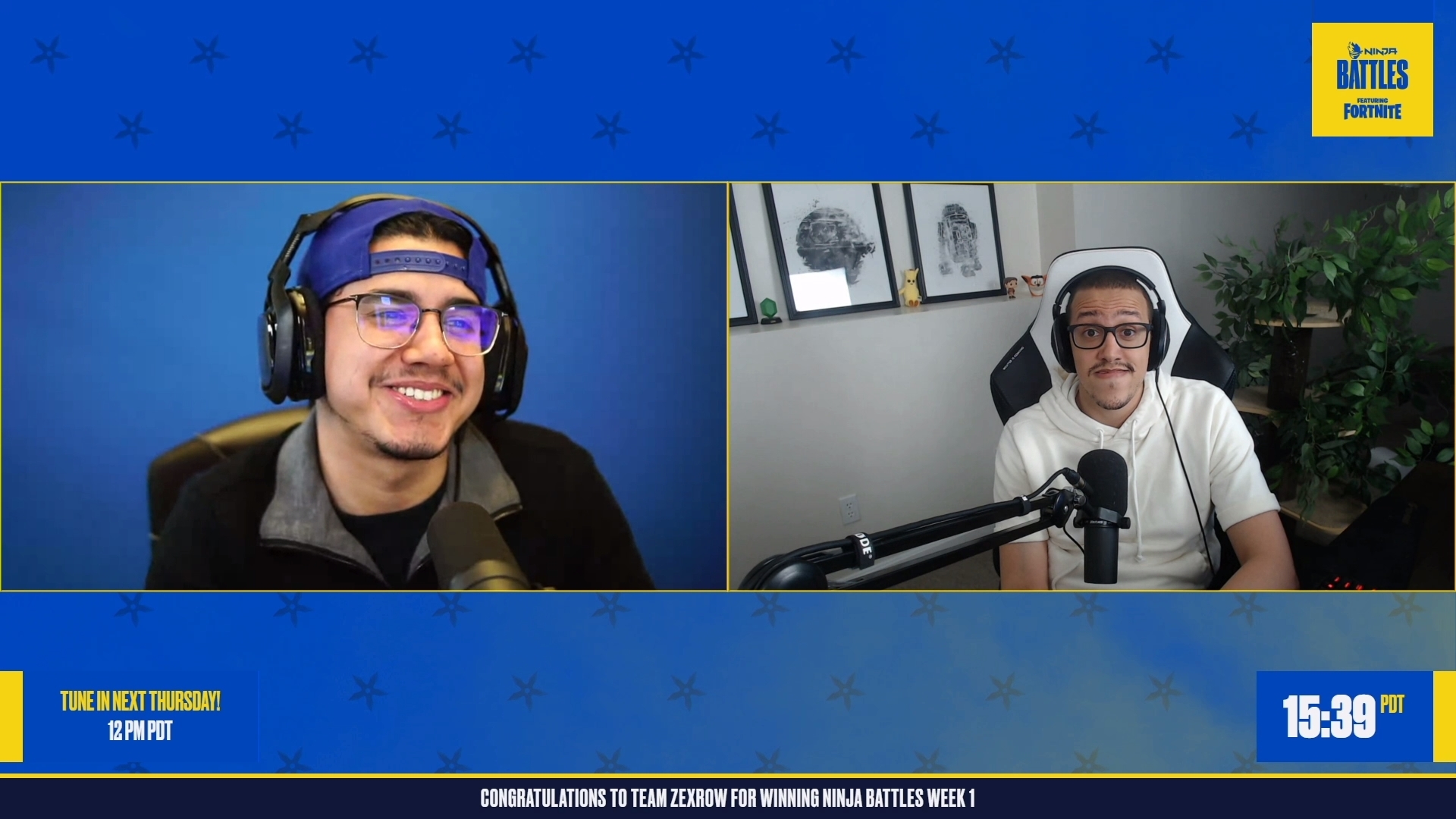 TSM Fortnite player Anthony “ZexRow” Colandro said in a post-tournament interview today that certain players could “suck [his] dick,” and that they were “dogshit and braindead.”

ZexRow, who won the $80,000 tournament with fellow TSM player Mack “MackWood” Aesoph, and Jonathan “Calc” Weber, was invited to do an interview with the event’s two commentators. But when given the time to shout out or promote anything he wanted to, ZexRow decided to go after those who finished well in the most recent Fortnite Championship Series tournament.

“Hopefully I do well in solos. Last FNCS didn’t go too well, but I just made more than top nine in it. So everyone that didn’t place in top 10 can suck my dick. They’re fucking shitters. I don’t know why they talk shit. They’re actually also dogshit and braindead. That’s all I’m saying.”

The commentators seemed surprise at ZexRow’s comments and ended the stream moments later. Emad “EmadGG” Nasif, another TSM player, was watching the event’s stream on his Twitch stream and said that ZexRow is “actually an idiot.”

After the event, ZexRow acknowledged he said “very very distasteful things” and apologized to Ninja, the tournament organizers, TSM, and his fans. He also said he was going to “take some time” to reflect and improve his behavior.

Calc tweeted that he has been trying to repair his own reputation and that ZexRow’s comments look poorly for the team, although he and MackWood were not involved in the post-tournament interview. MackWood tweeted he was looking for a new player to compete in the next Ninja Battles tournament, although he did later seem to indicate he would leave TSM if ZexRow leaves. ZexRow said he was going to ask TSM if he could leave the organization because he said he had become a “PR nightmare.”

Ninja even responded to ZexRow on Twitter by saying, “Congrats on your first and last Ninja Battles placement!”

The next Ninja Battles will begin at 2pm CT on June 4.

Update May 31 3:09pm CT: TSM CEO Andy “Reginald” Dinh issued a statement saying ZexRow has been fined one month’s salary and the organization will donate the fine amount to Big Brothers and Big Sisters of America. Reginald also said TSM will provide ZexRow with “professional counseling and training” and that it will part ways with him if something similar happens again.