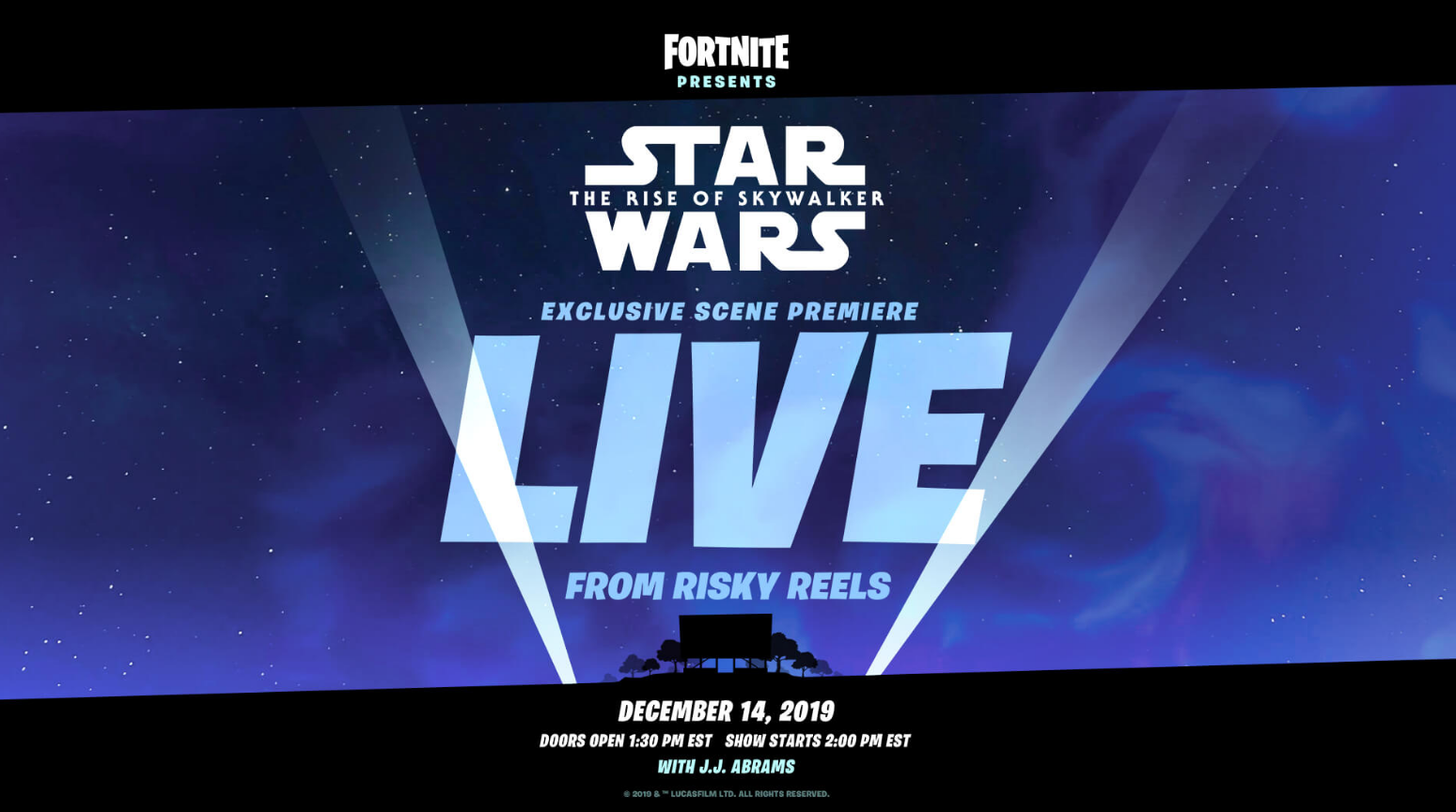 Posters advertising a preview of the new Star Wars movie, The Rise of Skywalker, began to pop up around the Fortnite map over the weekend. And now, Risky Reels appears to be preparing for the occasion.

The normally abandoned drive-in movie theater has become a construction zone with cranes and construction claws since advertisements went up for an “exclusive scene premiere” coming on Dec. 14 at Risky Reels.

It isn’t rare for Epic Games to make minor adjustments to its constantly changing map. And oftentimes, events like this one are hyped up for players with small changes that take place over the course of a few days.

Related: How to watch the new Star Wars scene in Fortnite

It’s unclear if the construction at Risky Reels is supposed to transform the area into a full-blown movie theater or if there’s some sort of limited-time Star Wars-themed renovation going on. The screening of Fortnite’s Star Wars scene is set to begin at 1pm CT on Dec. 14, with “doors open” 30 minutes prior.

As has been the case for some previous in-game events, Fortnite will likely have a special playlist that will become available for players to select when “doors open,” allowing them to find their seats to see the scene that’s poised to include an appearance from director J.J. Abrams.

These changes to Risky Reels come shortly after the cars that previously occupied the area were removed around the same time that posters advertising the Star Wars event went up.