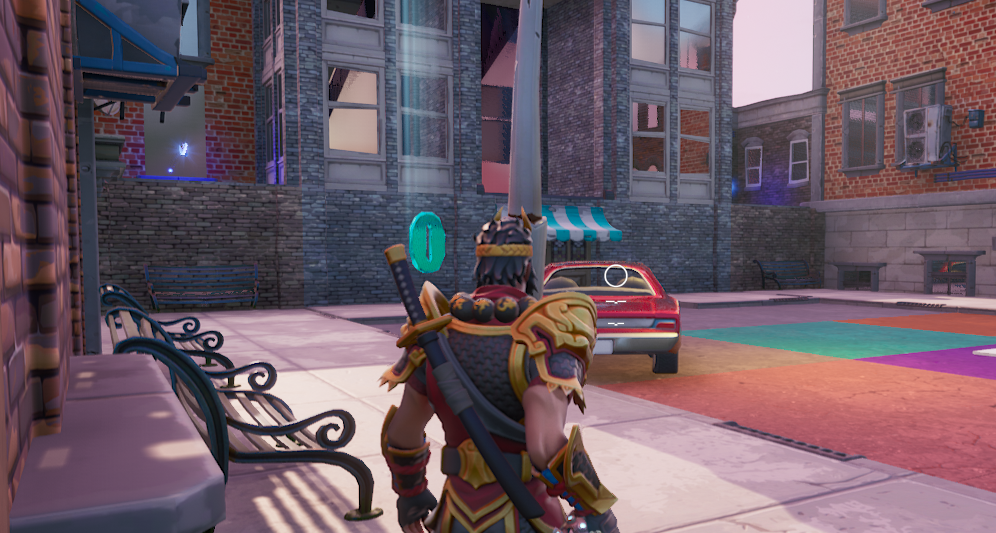 Another set of challenges is available to complete for Fortnite: Battle Royale’s LTM event, Downtown Drop (it’s still incredibly buggy and broken for some players, though).

Today, Epic Games has added a bunch of random letters across the LTM map and it’s up to you to look for them and collect them in the four-minute time period to unlock a neat Back Bling cosmetic.

Here’s exactly where to find the letters so you can collect them in no time.

The first one is located just under where you spawn. You’ll need to go around the track once to get to it.

The next letter is located at the end of the first slide section to the left, hidden behind a metal basketball court.

The third one is slightly hidden. You’ll need to slide down into a hidden area on the right of the second slide platform and quickly turn around and slow yourself down to see it.

The fourth one can be found by the two food trucks at the bottom of the second slide portion of the track to the far left. You can’t miss it. It’s clearly in view while playing the game naturally.

Just like the previous one, you can find the fifth letter hidden behind the large metal truck at the bottom of the third slide section, just to the left.

The final letter can be found just before the end goal of the fourth slide section. It’s behind the large square that’s being lifted up into the air.

Getting all of the letters in one run will unlock a new style for the Back Board based on Cuddle Team Leader.