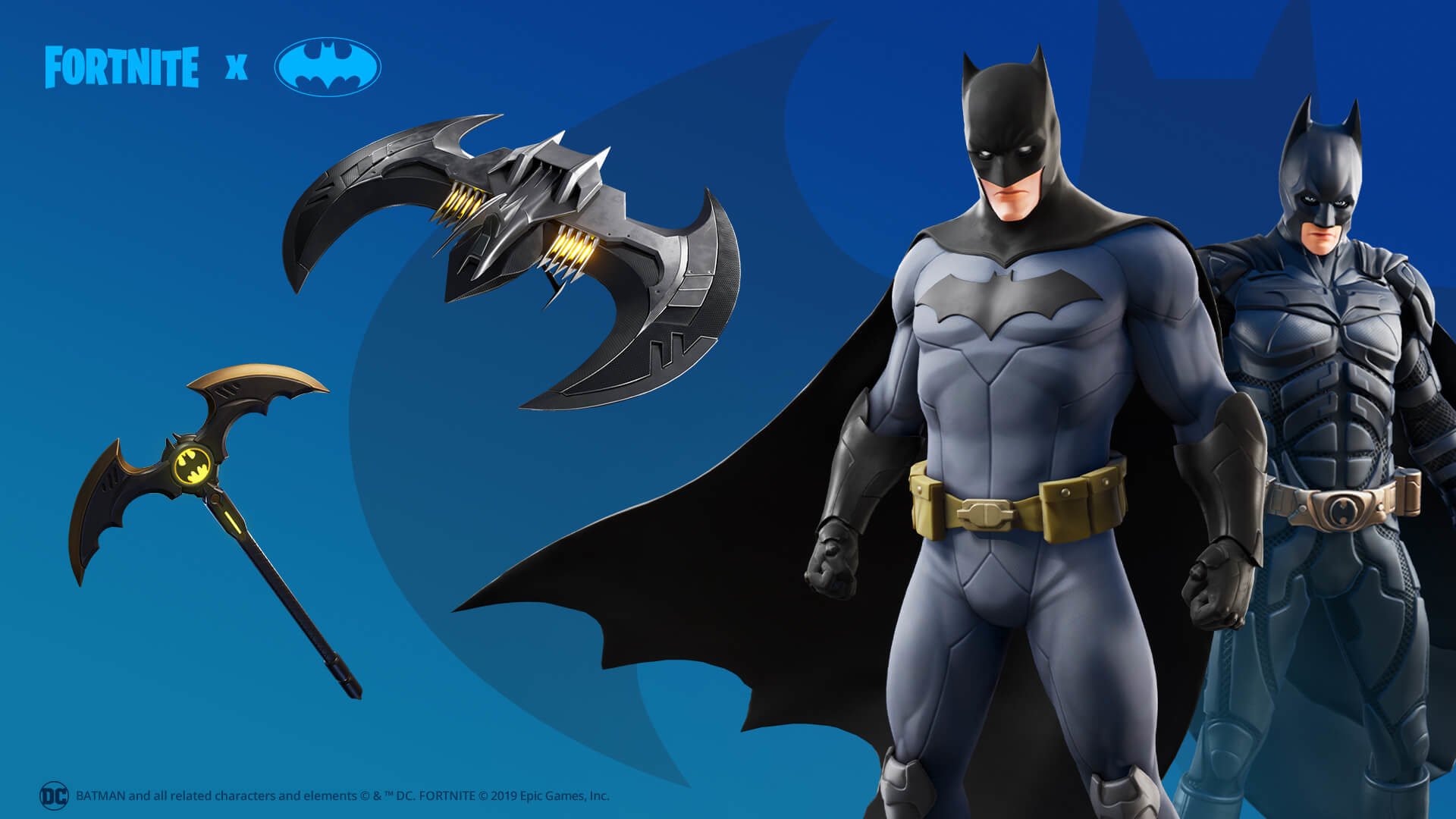 Fortnite’s v10.31 patch notes are now live after Epic Games introduced the caped crusader. The Dark Knight arrives with his own skin, cosmetics, point of interest, and more. This crossover event will wrap up on Oct. 6.

First up: The Party Hub feature. This feature allows players to team up with their friends in a party, similar to console versions. Players can join and leave parties or make them private.

Since Batman has been introduced, his gadgets have been too. The Explosive Batarang and Grapnel Gun are both available in the Mythic Variant.

The Grapnel Gun is similar to the Grapple gun, but it will deploy a Bat Cape Glider at the apex of the jump.

The Explosive Batarang is a throwable item that hones in on enemy players. It will explode on impact, causing damage. It’s extremely powerful, dealing 50 damage to players and 200 damage to the environment.

If the Batarang impacts the environment, it will stick to the spot where it landed. The Batarang then acts as a proximity mine, so players who walk in front of it will trigger the explosive.

This new crossover event has brought Gotham City into Fortnite. Players can travel to Batman’s hometown where Tilted Town was located. This point of interest has been changed using a Rift Beacon and has been turned into a Rift Zone. Players can glide around the city like Batman as it grants players Glider redeploy.

The Star Wand bug has been fixed. Previously, this pickaxe was occasionally able to deal more damage to the environment than intended. Shortly after, it was temporarily removed from the game. Now, it’s back.

There have been some balancing changes to the Fortnite storm circles. They will no longer occur at the following locations (in core and Arena modes): Moisty Palms, Greasy Grove, Retail Row, Pressure Plant.