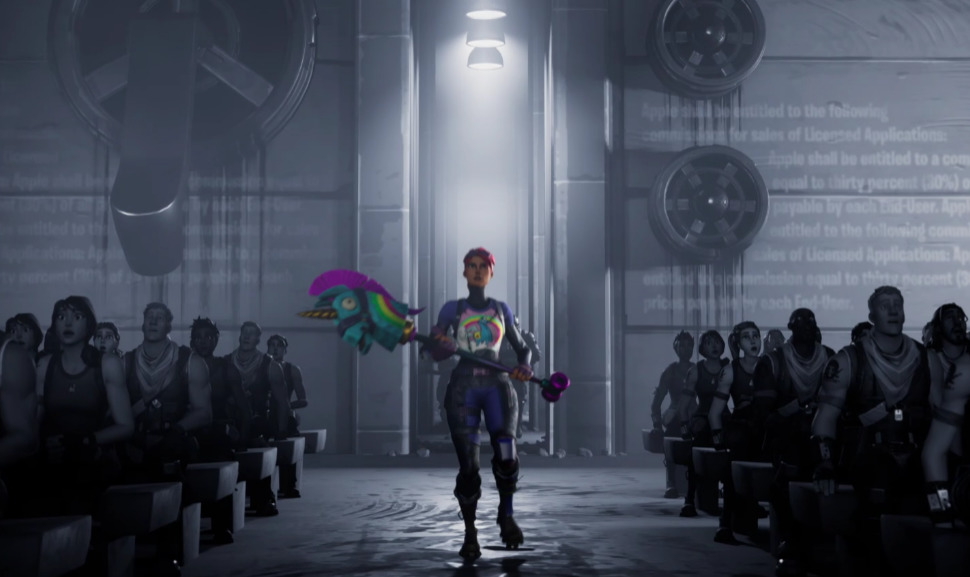 Fortnite’s “Nineteen Eighty-Fortnite” ad, which takes aim at Apple’s App Store policies after the game was pulled from the marketplace by Apple yesterday, may be confusing to some at first.

But the ad will be apparent to the older gamers among us or those with knowledge of Apple’s history. In 1984, before unveiling the Mac, Apple took out a big-time Super Bowl ad. Epic’s video is a direct recreation of it.

A Reddit user put Epic’s video side by side with Apple’s “1984” Super Bowl commercial to show just how far the Fortnite creator went to recreate it.

The original ad represents the Macintosh fighting back against Big Brother and conformity in general, which is ironic because the App Store’s conformity is what’s helped bring about Epic’s lawsuit against Apple.

Fortnite is no longer available on the App Store and it’s since been removed from the Google Play Store, too. Epic has filed lawsuits against both Apple and Google.

The battle between Epic and Apple seems to be only just beginning, but the video is a cheeky first salvo in the war of the App Store.