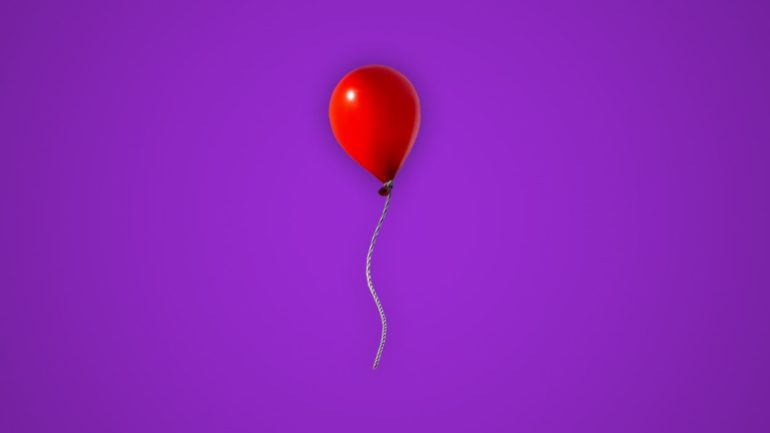 A leaked collaboration between Fortnite and the movie It Chapter Two seems to be almost confirmed now.

Players found a red balloon in Pleasant Park this morning. When it pops, you can hear the sound of the terrifying clown Pennywise laughing, exactly like in the first It movie.

This is likely no coincidence. Epic Games usually teases collaborations between Fortnite and other pop culture products through in-game teasers, like the portals at Mega Mall when the collaboration with Stranger Things was about to be revealed in early July.

This red ballon is the one Fortnite data miners found hidden in the game files after the v10.20 update last week. They had also found Pennywise’s laugh along with it, which was convincing enough to make players pretty confident this collaboration was going to happen.

But Epic has yet to announce how this mashup will be in Fortnite. The many collaborations the company has done with third-parties this year came in different forms, but players can expect to at least get character skins in the Item Shop for V-Bucks. Since the red balloon, one of the signature elements from It, is already in the game, Epic might also change some areas of the map to make them darker and in line with the tone of the movie. If that happens, Pleasant Park is most likely the place to face these changes.

Data miners failed to find clues of challenges or skins so far. And due to the lack of new files being added to Fortnite after yesterday’s v10.20 Content Update, they will probably have to wait until next week to find more information about this reported collaboration with It.

We still have a lot to discover about this mysterious red balloon, but what we have from it now is enough to confirm that the Fortnite x It Chapter Two collaboration is real.