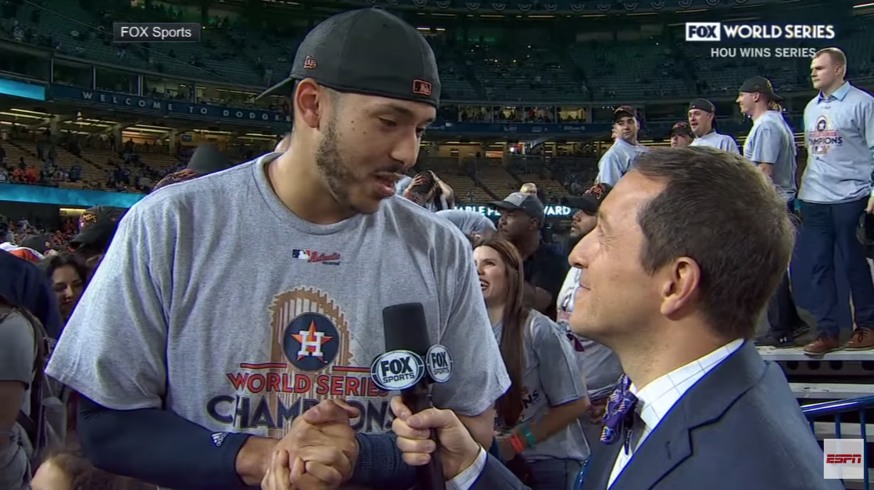 CouRage announced that he'll be playing with the Astros star on stream in the coming hours. Correa is enjoying his offseason right now after the Astros were eliminated in the ALCS of the MLB playoffs this year by the Boston Red Sox.

Correa wouldn't be the first MLB player to hop on a Twitch stream to play Fortnite, though. Minnesota Twins pitcher Trevor May is also known for going after Victory Royales with popular streamers Tyler "Ninja" Blevins and Ben "DrLupo" Lupo as well.

Fortnite has become so popular that it's being played by other Major Leaguers too, including many Red Sox players, who recently won the World Series this year. David Price, Chris Sale, J.D. Martinez, and Craig Kimbrel have been known to play the battle royale shooter on the road, according to Fortune.com. Boston's shortstop Xander Bogaerts also frequently danced the Take The L emote whenever he reached second base this year.

CouRage's stream is live now, but he hasn't started playing with Correa yet. The 2015 AL Rookie of the Year is expected to join CouRage on Fortnite soon.