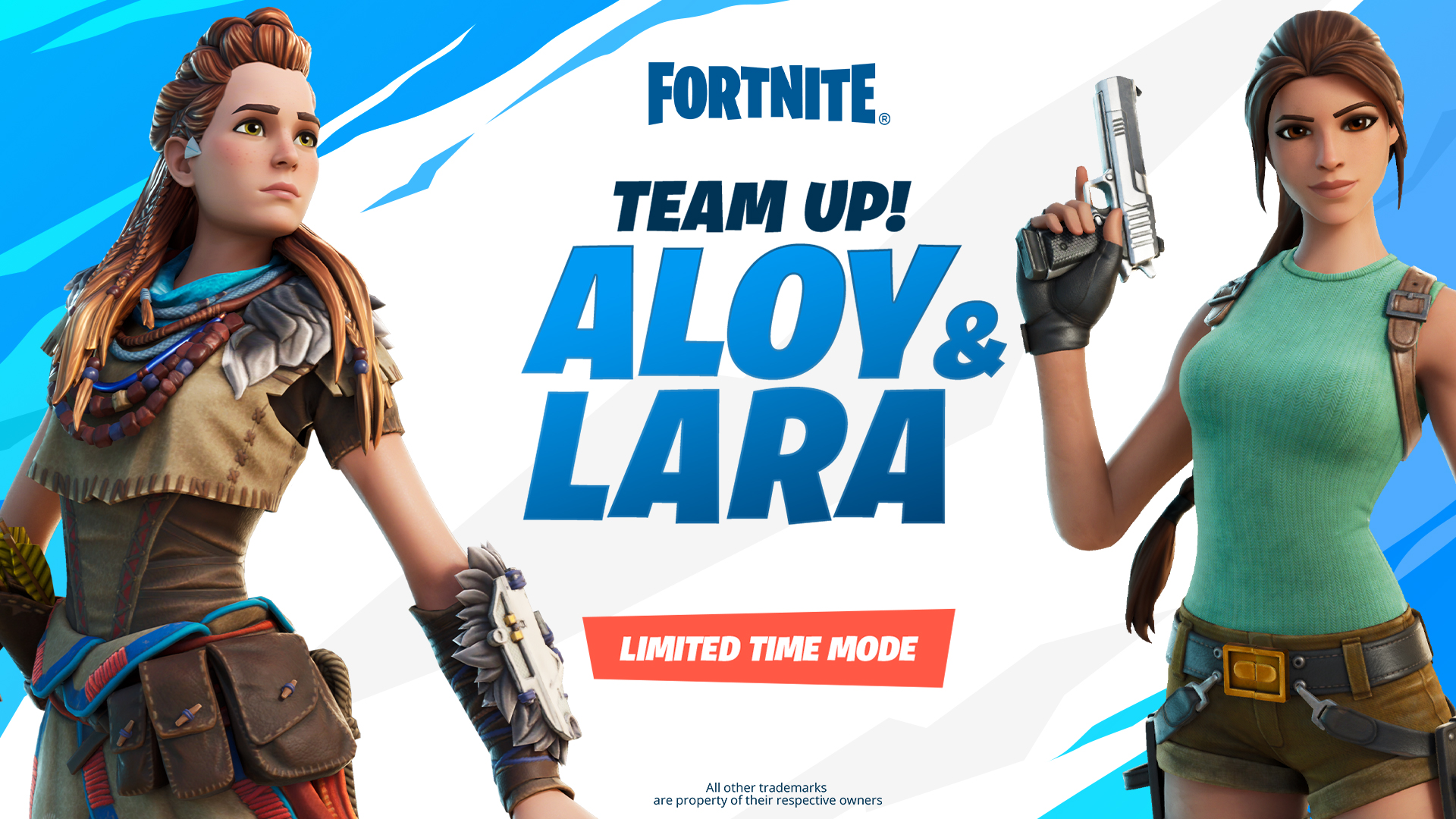 After being delayed for a week due to some issues, the Team Up! Aloy and Lara LTM is now live in Fortnite and will run until April 25 at 8am CT.

This mode will have players teaming up as two iconic hunters, Aloy from Horizon Zero Dawn and Lara Croft from Tomb Raider.

“Grab your duo partner and jump into the new Team Up! Aloy & Lara LTM,” Epic said. “Become Aloy, armed only with craftable bows or be Lara with dual-wielding pistols at your disposal.”

The LTM is a special duo event where players will all be wearing one of Aloy or Lara’s skins and only have a bow or dual pistols available to use depending on which character they’re playing as. This is supposed to replicate the iconic weapons for both characters from their respective games.

The “Team Up!” was originally supposed to go live on April 16 but was pushed back because Epic encountered some issues with the LTM not appearing on certain platforms.

Now that the issues have been resolved, the Team Up! Aloy and Lara LTM will be live until April 25 at 8am CT in the Fortnite client.