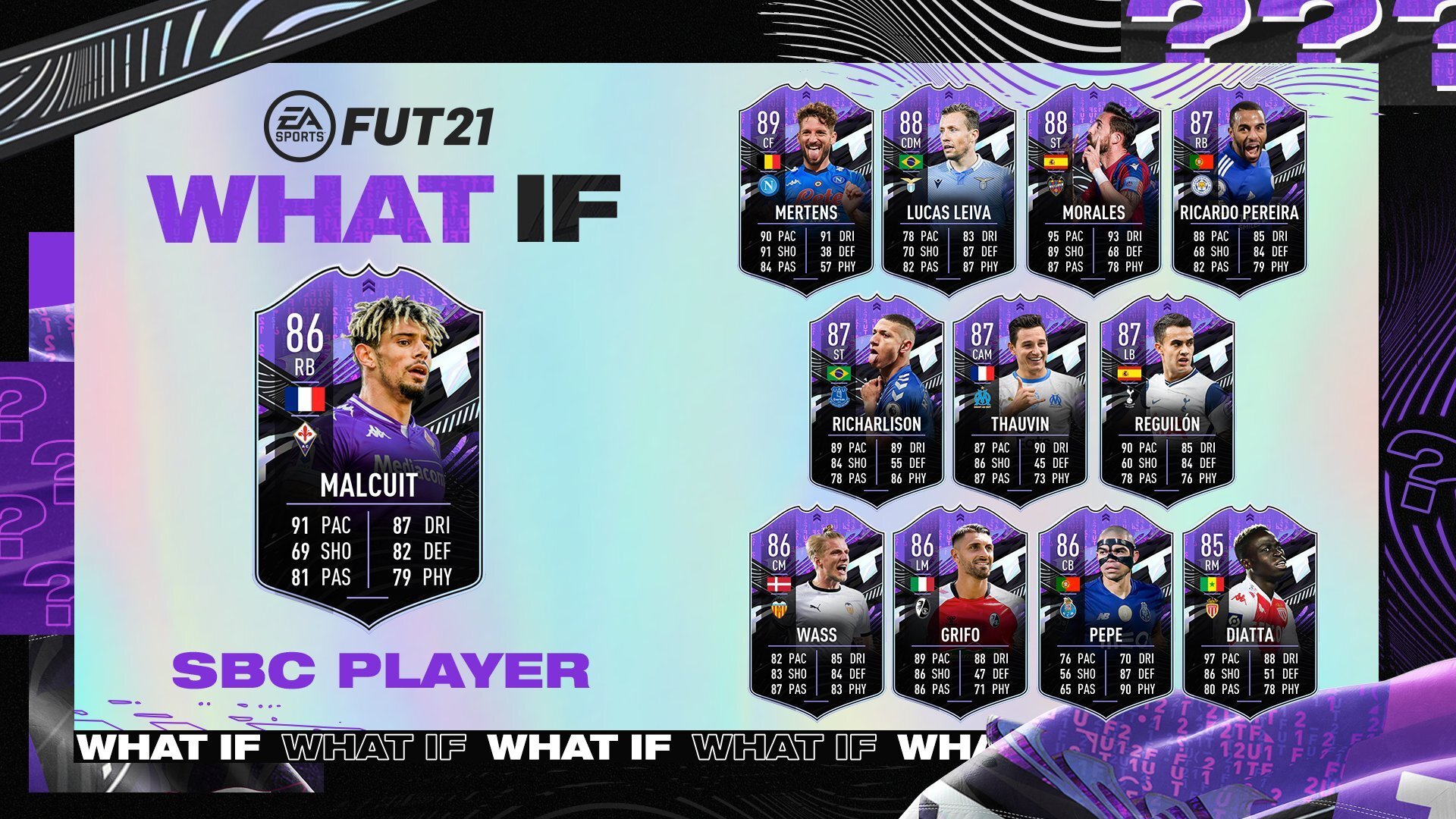 EA Sports added an 86-rated What If version of Kévin Malcuit from Fiorentina to FIFA 21 yesterday. This item is obtainable through the squad-building challenge (SBC) menu in FIFA 21 Ultimate Team.

This is Malcuit’s second special item during the FIFA 21 Ultimate Team cycle. This card is a part of the What If promo. Depending on his performance in real life, he might get a +2 upgrade.

EA greatly upgraded Malcuit’s stats, including Pace (+10), Dribbling (+10), Defending (+8), Passing (+8), Physical (+8), and Shooting (+6) when compared to his original 78-rated gold card. It’s generally a good card because of his four-star skills and three-star weak foot, but his stats aren’t anything special except for his 91-rated Pace.

You can increase his Defending (+7), Physical (+7), and Pace (+5) even further by applying the anchor chemistry style. Flashback Malcuit is one of the best French right-back players in FIFA 21 and you’ll be able to make strong links with great French players such as 97-rated Zidane and 90-rated Flashback Ribéry.

This card costs around 219,300 FUT coins on PlayStation, 202,400 on Xbox One, and 255,800 on PC. This card is incredibly overpriced for his stats, but that doesn’t mean it’s not a good card, especially if you play with a lot of French players.

This SBC is available until March 12. Here’s the cheapest solution to complete What If Kévin Malcuit SBC, according to FUTBIN, a website that specializes in FIFA content.