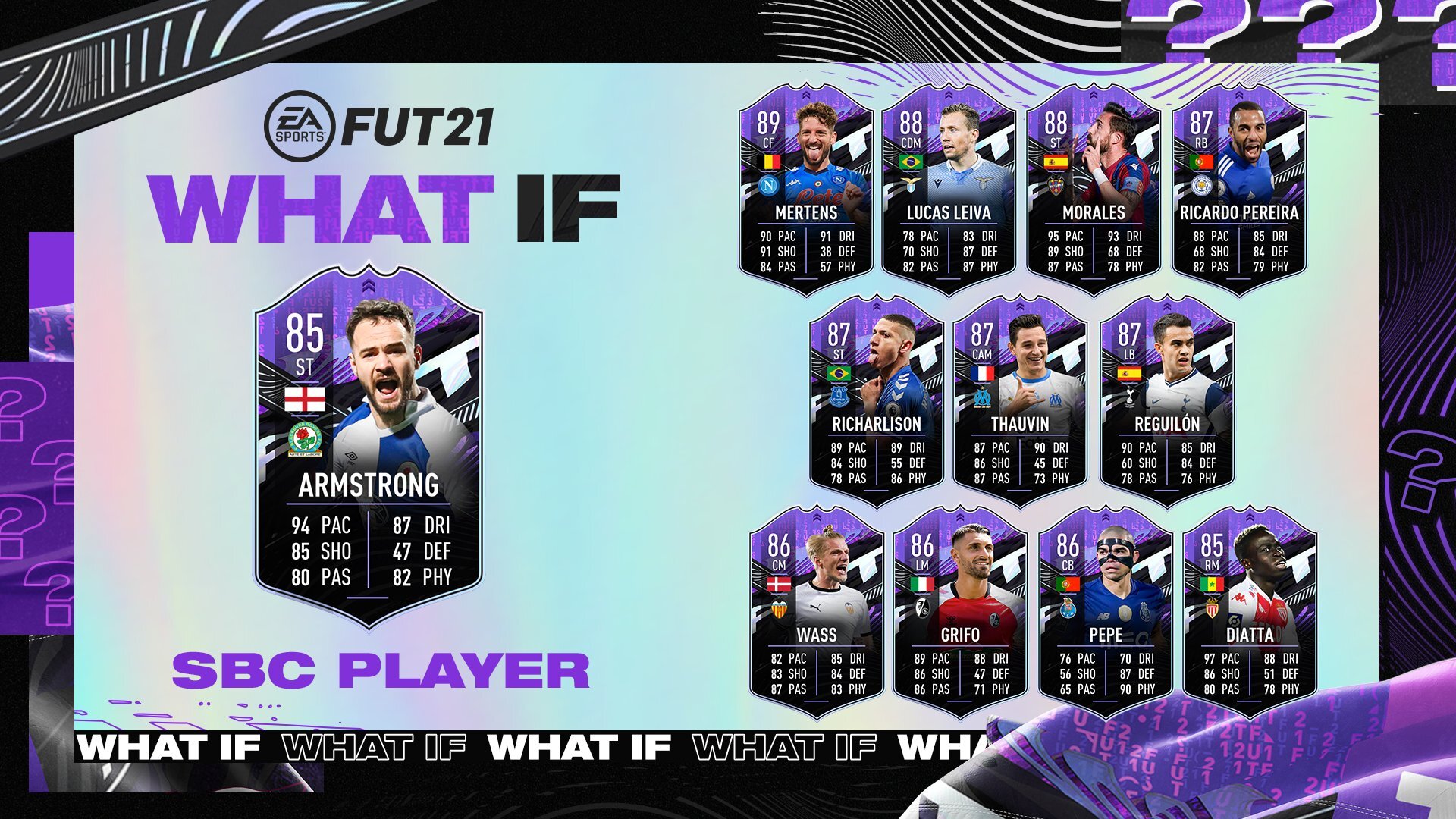 EA Sports added an 85-rated What If version of Adam Armstrong from Blackburn Rovers to FIFA 21 today. This item is obtainable through the squad-building challenge (SBC) menu in FIFA 21 Ultimate Team.

This is Armstrong’s second special item during the FIFA 21 Ultimate Team cycle. This card is a part of the What If promo. Depending on his performance in real life, he might get a +2 upgrade.

EA massively boosted Armstrong’s stats, including Passing (+15), Dribbling (+12), Defending (+12), Physical (+12), Shooting (+12), and Pace (+4) when compared to his original 73-rated silver card. It’s a great card because of his four-star skills and three-star weak foot, with high-rated metagaming skills such as Pace, Dribbling, and Shooting.

If you apply the marksman, you can further increase his Dribbling (+8), Shooting (+8), and Physical (+5). You’ll also be able to make strong links with incredible English players such as 93-rated Icon Moment David Beckham, 93-rated Premium Wayne Rooney, and Icon Moment 93-rated Bobby Moore.

This card costs around 117,700 FUT coins on PlayStation, 116,500 on Xbox One, and 139,900 on PC. This card is a bit overpriced for his stats, but it does have potential if he receives the 2+ upgrade and the Rooney link is considerably good, especially if you play with a lot of English players.

This SBC is available until March 16. Here’s the cheapest solution to complete What If Adam Armstrong SBC, according to FUTBIN, a website that specializes in FIFA content.