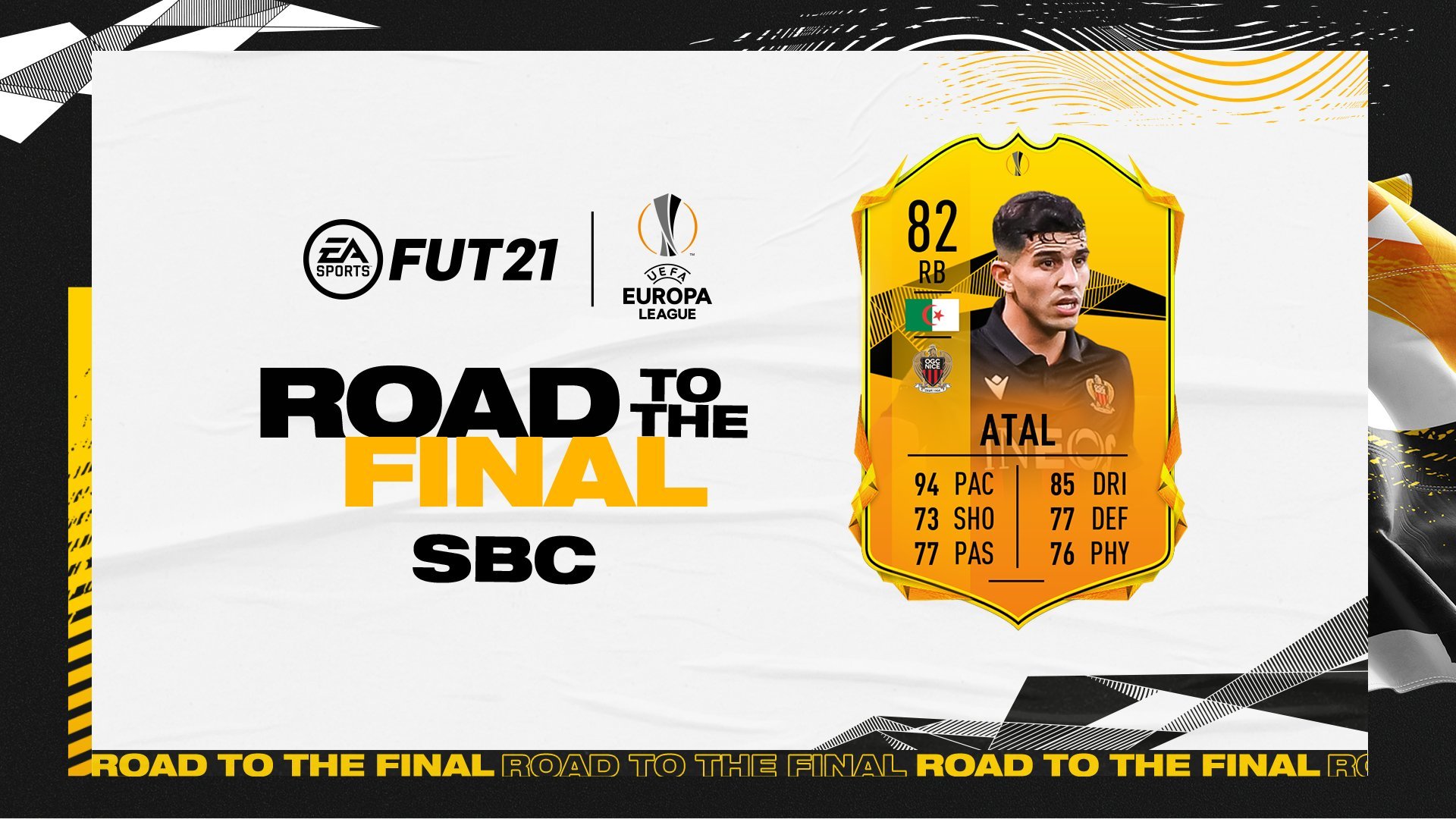 EA Sports added an 82-rated UEFA Europa League (UEL) Road to the Final (RTTF) version of Youcef Atal from OGC Nice to FIFA 21 Ultimate Team today. You can earn this item by completing a set of squad-building challenges (SBC).

This is the first special card that Atal has earned in FIFA 21 Ultimate Team and it was added alongside five other UEL RTTF cards. All of the UEL RTTF cards will gain an overall upgrade every time their team advances to the next stage of the UEL.

UEL RTTF Atal SBC costs around 25,000 FUT coins on any platform right now, which is a cheap price for the card. It has formidable Pace for a full-back and you can boost his Defending and Physical stats with the sentinel chemistry style.

If you want to complete the UEL RTTF Atal SBC, you’ll need to turn in one 83-rated squad with 80 chemistry minimum, at least one Inform, and one player from the Ligue 1.

Here’s the cheapest solution to complete UEL RTTF Atal SBC right now, according to FUTBIN, a website that specializes in FIFA content.