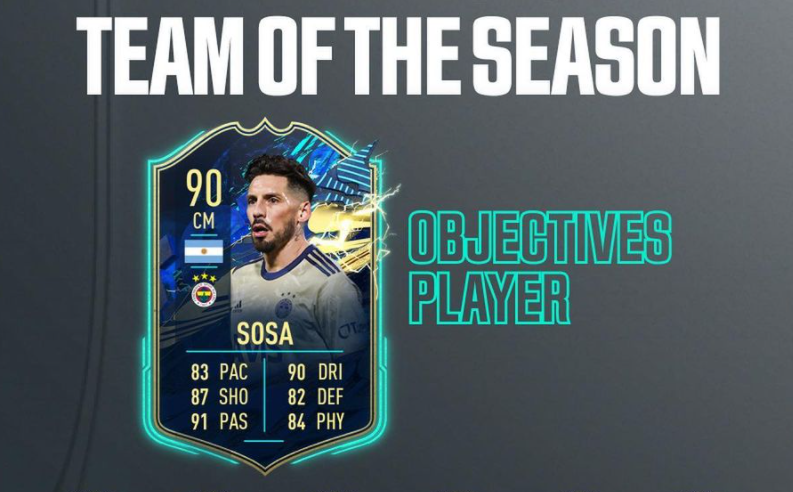 This is Sosa’s first special card. This card is part of the Turkish Süper Lig Team of the Season promotion. The TOTS celebrates and highlights the best players who had a major impact on their respective clubs in the different leagues across Europe.

All of TOTS Sosa’s objectives have to be completed in the Squad Battles mode. You won’t have to win any matches, so it shouldn’t be too difficult to finish up every objective in under a week.

You’ll have until May 14 to wrap up all of TOTS Sosa’s objectives and earn the card. Here are the four objectives you’ll need to complete to earn Turkish Süper Lig TOTS José Sosa.